Entering into the official catalog of newly discovered prehistoric creatures, a new species of small winged carnivorous dinosaur has been unearthed in Argentina by a team of paleontologists from the diverse archipelago of Patagonia.

This elegant, raptor-like theropod existed approximately 90 million years ago during the Cretaceous period. Scientists believe its fossilized remains might provide more detailed information on the eventual evolution of birds. According to National University of La Matanza's Scientific Disclosure Agency, the four-foot-long animal's bones were found at an excavation site 685 miles south of Buenos Aires. 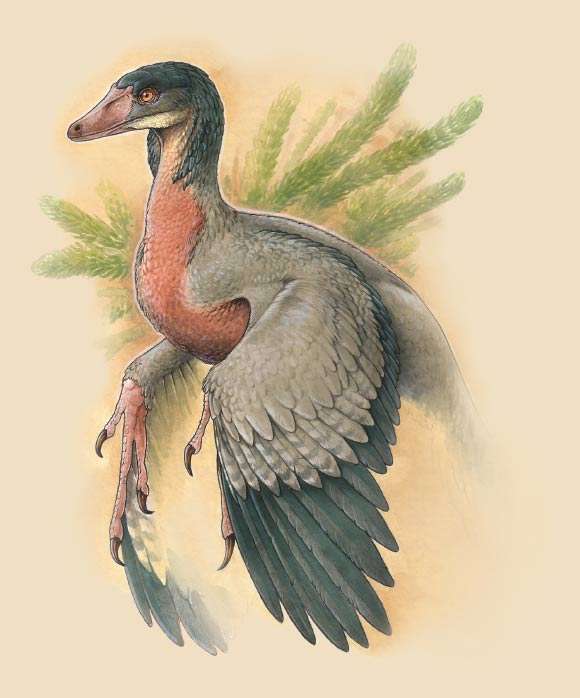 Named Overoraptor chimentoi, the new genus and species of paravian theropod is described in a research paper recently published in The Science of Nature. The swift-running, winged dinosaur had sturdy legs and a sickle-shaped claw similar to the velociraptor. The initial discovery came back at the Patagonian site in 2013, followed by a second search in 2018. Overoraptor chimentoi was found amid the beds of the Huincul Formation in the Patagonian province of Rio Negro amid primeval crocodilian and turtle bones.

“This animal had a very sharp claw on its index finger, which it surely used to attack its prey. This feature is not present in birds, whose legs — more advanced in evolutionary terms — allow them to hold onto tree branches. He also had elongated legs which indicates that he was a running animal," according to the paper from lead author Matias Motta of the Argentine Museum of Natural Science (MACN) and his colleagues. "This animal belongs to a new group of dinosaurs in the southern hemisphere, it was surely fast, agile and like its congeners, it must have been carnivorous.” 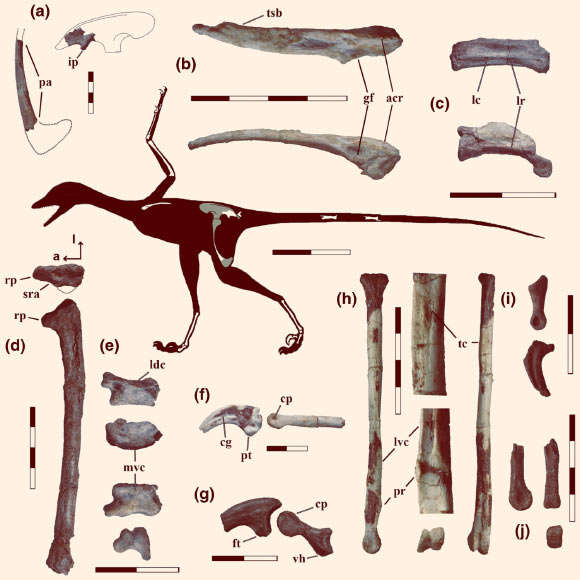 Paraves are a generalized group of theropod dinosaurs that first appeared on the scene in the Late Jurassic period. In addition to the long-extinct dromaeosaurids, troodontids, anchiornithids, and scansoriopterygids, the group also embraces the avialans, which include more than ten thousand species of modern birds. Primitive members of Paraves are notorious for possessing a wicked hooked claw on the second digit of the foot, which was often lifted off the ground when walking in particular species.

“Our hypothesis is that in the case of Overoraptor chimentoi, its ability to automatically fold the wings must have had a different function than it does in flying birds, given it is a running animal,” Motta noted. “It is possible that the dinosaur’s arms had the role of guaranteeing balance during the race — by providing greater balance and precision — thanks to the possibility of moving them in a consistent manner, as happens in running birds such as the rhea or ostriches.

“Certain characteristics of the bones of Overoraptor chimentoi’s arms, particularly the ulna, make them more similar to the wings of birds, such as those of the rheas and condors, than to other raptor dinosaurs, including unenlagiids.”

Similar to theropods, all paravians are bipedal, and teeth observed from early examples were curved and serrated. They were mainly carnivorous, but many smaller species have been labeled as being omnivores.

“There are characteristics that distinguish Overoraptor chimentoi from the unenlagiid theropods of Argentina as well as from non-South American raptors such as Velociraptor,” explained Dr. Fernando Novas from the CONICET and the Argentine Museum of Natural Sciences. “When analyzing its arms, we found avian features related to the flight. This leads us to consider that in a phylogenetic tree, Overoraptor chimentoi is closer to birds than most of the raptors known so far. Both species had raptor-type legs and arms similar to the wings of birds, which means an evolutionary advance absent in both unenlagiids and velociraptors."

Paleontologists have also concluded that Overoraptor chimentoi is a close cousin to Rahonavis, a paravian theropod that roamed the wilds of what is currently northwestern Madagascar some 70 million years ago.

“We think that due to its anatomical characteristics, Rahonavis must also have had the ability to perform the automatic folding of the wing, typical of birds,” Motta added.“These similarities would indicate that Overoraptor chimentoi and Rahonavis could form a new group of paravian runners, which would be closer to the birds than known raptor families.”

Boba escaped the Sarlacc, but some animals love being eaten