In yet another remarkable archaeological discovery that hint at humanity's innate need for leisure amusements and fun diversions, a congregation of international scientists in China have unearthed an ancient set of leather balls inside tombs of the prehistoric Yanghai cemetery near the modern city of Turfan.

While there is much speculation as to exactly what purpose these three crude spheres were used for, there are no accompanying artifacts or associated info that might shed light on the mystery, though their being part of some team sport or goal game similar to field hockey, polo, or golf remains a distinct probability. 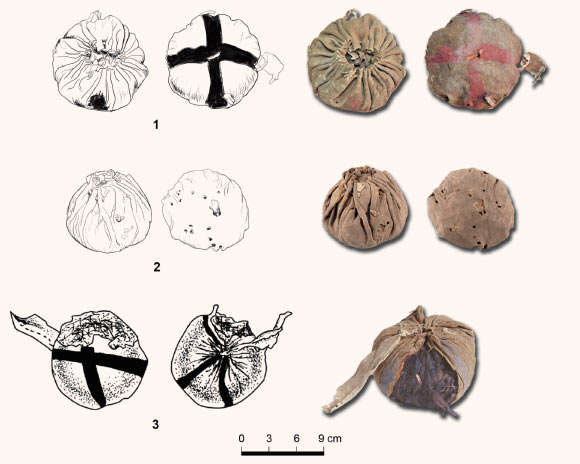 As detailed in a new paper published this month in the Journal of Archaeological Science: Reports, the puzzling specimens contained a central core crafted from leather or hair products and are encased in a leather pouch tied up together with a band. Two of the three are clearly marked with a red cross on the outer leather cover and were located in the burials sites of possible horse riders, indicating that they might have been employed in an early form of polo.

These baseball-sized Turfan balls were carefully examined by researchers and radiocarbon dated back to the period between 1189 and 911 BCE, which would immediately predate all excavated antique balls and images of goal-type ball games in Eurasia by several centuries.

The oldest known ball in the world is a simple toy made of linen rags and string that was discovered in the tomb of an Egyptian child dating to circa 2500 B.C. 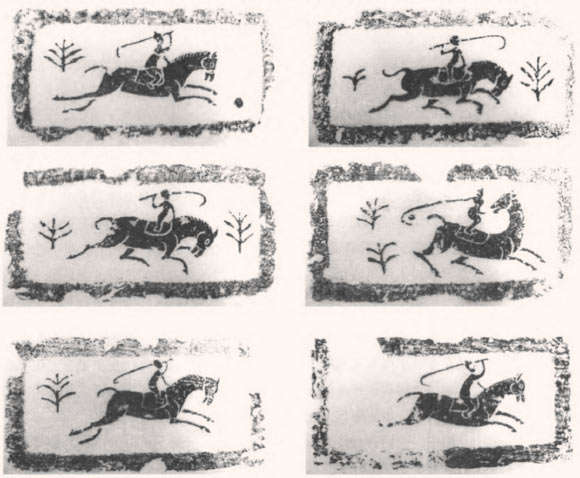 “This makes these balls about 500 years older than the previously known ancient balls and depictions of ball games in Eurasia,” said Dr. Patrick Wertmann, an archaeologist in the Institute of Asian and Oriental Studies at the University of Zurich. “Unfortunately, however, the associated archaeological information is not sufficient to answer the question of exactly how these balls were played.”

Considering that recreational ball games from olden times were played as a means of physical exercise, relaxation pastimes, and military training, Dr. Wertmann and his team suggest that sport balls made their way into the territory at approximately the same century as equine management, mounted warfare, and horseback riding. 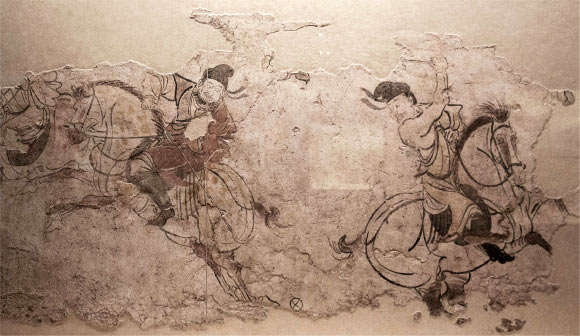 “The earliest illustrations from Greece show ball players and depictions from China show horse riders with sticks,” they explained in the study. “Similar curved sticks were also found at the Yanghai site, but there was no apparent direct connection with the balls. Therefore, the leather balls from Turfan are not connected to early forms of field hockey or polo, even though two of the balls were found in the graves of horsemen.”

What sport or activity do you think these three-thousand-year-old Chinese game balls might have been equipment for?

It's a fan thing
Join SYFY Insider to get access to exclusive videos and interviews, breaking news, sweepstakes, and more!
Sign Up for Free
All Posts About
News
Science
History
Science
Related Stories

Turns out human DNA isn’t really that human after all

Were the dinosaurs in decline before the asteroid hit?

James Gunn started his journey to Marvel with 'Slither,' a Troma throwback