Long have we waited ... for it to be Star Wars Day again! While a good chunk of the world is currently shut down amid the coronavirus pandemic, it's nice to know that we can take a break from all the stress and gloom, and just celebrate the beauty of the galaxy far, far away. Its capacity to bring us all together — in the theater, at cons, or at home — cannot be understated.

While we can't yet congregate this year, that doesn't mean there aren't still plenty of ways to celebrate May the 4th. From awesome toys to galactically good deals, here are the coolest ways to recreate the hedonistic revelry of Jabba's Palace.

Oh, and fun fact: Did you know that today is a legit legal holiday in California as of last year?

Mandalorian Monopoly & Force-sensitive Barbies: The coolest ways to celebrate May the 4th 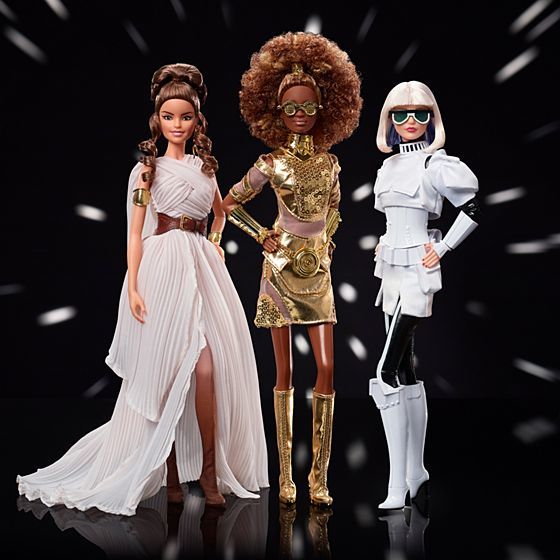 "We just looked at every film in the saga and tried to say 'yes' as much as possible," Derrick told StarWars.com. "That said, it often comes down to storytelling and the specific role of the character in the quests and game progression."

Click here for SYFY WIRE’s full coverage of May the 4th and Star Wars news in general.

It's a fan thing
Join SYFY Insider to get access to exclusive videos and interviews, breaking news, sweepstakes, and more!
Sign Up for Free
All Posts About
Games
Movies
News
TV
May the 4th
Star Wars
Star Wars Day
You May Also Like
Recommended by Zergnet
Latest on SYFY WIRE

'The Super Mario Bros. Movie' levels up in full trailer