It's the touching tale of an adorable alien who comes to our world and ... wait, wrong story.

Resident Alien chronicles the Earthly misadventures of a stranded extraterrestrial masquerading as a small-town, crime-solving doctor (hey, there are worst day jobs to have while you're awaiting a rescue that may or may not be coming), and he could care less about Reese's Pieces.

While you're waiting for the original TV series starring Alan Tudyk coming to SYFY in 2021, acquaint yourself with Dark Horse's comic book created by Peter Hogan and Steve Parkhouse. Resident Alien Omnibus Volume 1 chronicles the first three installments of four-issue miniseries that have been on our planet since 2012. It's genuinely out of this world ... and ready to invade your home. 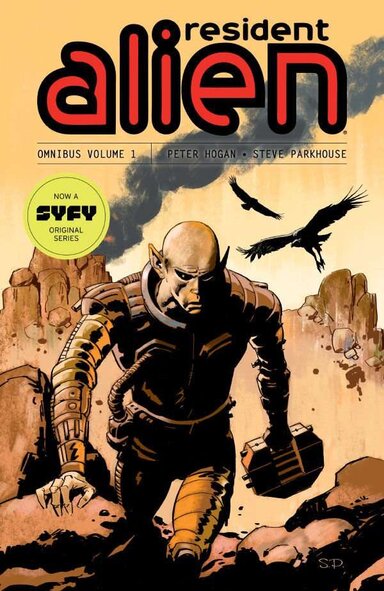 Sold by Things From Another World
Living undercover as a semi-retired, small-town doctor, a stranded alien going by the name of 'Dr. Harry Vanderspeigle' learns more about the human condition than he ever wanted to. Acclaimed creators Peter Hogan and Steve Parkhouse deliver a truly unique sci-fi adventure tale with heart and humor.
Buy for $24.99

It's a fan thing
Join SYFY Insider to get access to exclusive videos and interviews, breaking news, sweepstakes, and more!
Sign Up for Free
All Posts About
Comics
Features
Resident Alien
SYFY WIRE After Dark
Shoppable Articles
Related Stories

Holiday Gift Guide: For the fully formed adult who insists they're a '90s kid

Holiday Gift Guide: For the stay at home holiday