TCA 2019: NOS4A2 is a cautionary tale about 'Christmas every day'

If you're a fan of The Fairly OddParents, you know that having Christmas every day just doesn't work. If you've read Joe Hill's horror novel NOS4A2, then you know it really, really doesn't work.

The 2013 publication by Hill (aka the son of Stephen King) is getting its own television series on AMC this summer and will drive home the point that waiting around for Santa all the time is a very bad idea. Writer/producer Jami O'Brien explained why at the show's panel during the TCA 2019 winter tour.

"Christmasland is like the park for Lost Boys," she said. "I think there is a cautionary tale there in that every day can’t be Christmas or kids will become demonic."

The program (named for the iconic vampire, Nosferatu, but spelled in the styling of your average license plate) revolves around Vic McQueen (Ashleigh Cummings), a woman with a supernatural penchant for finding lost objects.

In her youth, she came across Charlie Manx (Zachary Quinto), who nourishes himself on the souls of kids, taking them to his own little holiday-themed town called "Christmasland." By doing so, he transforms his victims into evil and cannibalistic demons. Now an adult, Vic must stop Charlie before he can feast on the life force of her son. 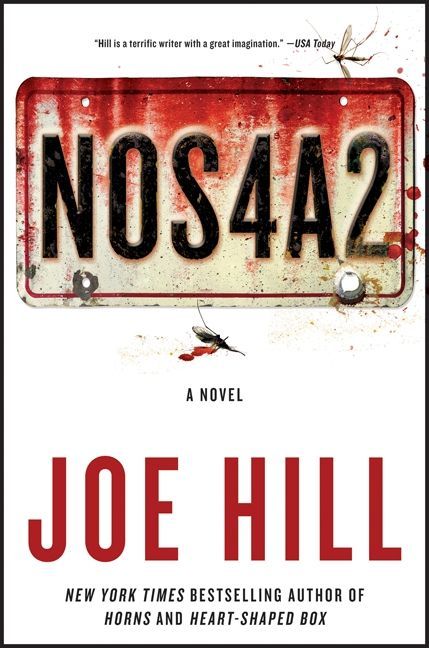 "[Manx] exploits because he was exploited in horrible ways as a child," Quinto added. "It’s understanding the origins of trauma and, if it’s allowed to exist, how it will warp and twist. Also, we have a lot of children actors on the show, and they were really protected and well taken care of. We are telling [a] scary story of demonic children, but they were well-adjusted as they play razor-teethed kids eating the sheriff."

As Quinto said, Charlie isn't your cookie-cutter soul-sucker. He's got different dimensions to his character and real-world rationalities for his heinous actions of abducting children and turning them into spiritless monsters living in a perpetual Christmas world.

"The first chapter is about Manx, who is supernatural but human, evil but he believes he is doing the right thing. It was an interesting starting point," said O'Brien. "It's a fun twist on the vampire story."

Manx's MO for eating the souls of youngsters, however, is quite simple: He needs their souls to keep himself young. We've all been there, right? When he's not properly fed, he begins to age at an alarming rate and gets all wrinkly and terrifying, which is something that appealed to Quinto, who got top-notch makeup treatment from Joel Harlow (Hellboy).

"I had been looking for a character who I could transform with and disappear into. I was resistant to [starring in a] horror show and [playing a] villain character, but there is emotional depth in the characters and collaborative spirit with Jami. [That's what] made it irresistible to me. I also asked for Harlow’s makeup to create the character through makeup. Sometimes [I'd spend] four hours in the makeup chair."

While it was confirmed that NOS4A2 will debut this summer on AMC, no set premiere date was announced at the panel.

For our full coverage of the TCA 2019 winter tour, click here. Check out the gallery below for some production stills from Season 1 of the show.

TCA 2019: NOS4A2 is a cautionary tale about 'Christmas every day'