Screencaps from beloved childhood animated shows turned into memes are probably my favorite thing Al Gore’s internet has ever offered. A few months ago, a new meme format came from a screencap taken from the '90s X-Men animated series. In it, Jean Grey is passed out in three separate instances. Poking fun at the member of the X-Men who seems to die as frequently as Mercury goes into retrograde is a pastime I know I’ve personally enjoyed.

However, she wasn’t the only one fainting all over the place in the animated series. Screencaps only provide so much information and now that the series is available on the Disney+ streaming service, I decided this was the perfect time to visit it — for research purposes, of course. It’s time to get to the bottom of the curious case of fainting superheroines. 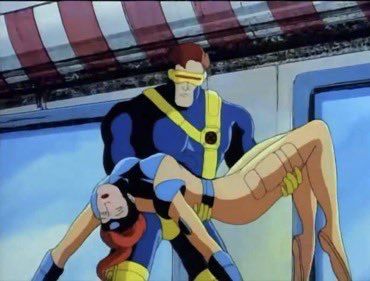 So why the hell are Jean, Storm, Rogue, and Jubilee fainting all the damn time? Do they suffer from an iron deficiency? One of the symptoms of iron deficiency anemia is feeling faint or actually fainting. Who knows how well-stocked Charles Xavier keeps the kitchen in the X-Mansion? I would imagine the budget gets a little tight from time to given how frequently it’s destroyed. In the first two seasons alone, it’s destroyed two to three times. Guess who Charles has fixing the mansion? The X-Men. So maybe the kitchen really isn’t stocked all too well and there isn’t enough variety to offer a well-balanced diet rich in iron. After all, Charles is clearly pocketing the insurance money for himself and convincing the X-Men that rebuilding the mansion is a team-building exercise.

We also have no idea if he even gives them a work stipend. But if the women aren’t getting a well-balanced diet, neither are the guys, which means they should probably be fainting just as much but they aren’t. We can rule out the low iron deficiency for now.

Professor Xavier isn’t the greatest boss in the world — far from it, actually. A theory I had before my binge and honestly still have after rewatching the entire series is that the ladies are just tired. They need some time off and Charles just needs to approve their PTO request. It’s not like he isn’t taking time off himself. Charles is gone the entire second season — although it was due to him being trapped in the Savage Lands with Magneto, time away is time away. His absence put a ridiculous amount of strain on the X-Men. Storm and Rogue had to fly all the way to Kenya to fight the Shadow King who Charles did a poor job of trapping in whatever dimension he sent him to. Who can’t relate to having to do extra work because someone else on the job didn’t do their work correctly?

Even when the ladies get a night off, Charles interrupts. In Season 3, Jean can’t even enjoy a night off with her man because Charles wants her to work overtime due to him not putting enough people — or the correct people, for that matter — on the schedule. Sending Jubilee on a mission with Wolverine and Gambit to defeat an alien they’ve never encountered before is a result of poor managerial skills. Jean ends up getting an omega-level migraine headache because she has no idea what she’s up against; meanwhile, Charles had been receiving intense visions from wherever the alien foe came from the whole time. Sure, the guys on the team might be tired too, but they aren’t the ones fainting on the show, so forget them for now. Jean, Storm, Jubilee, and Rogue need to figure out a way to get their well-deserved time off, and perhaps fainting is their way of doing it. Jean was so tired she died and came back as the Phoenix. Maybe she was onto something.

Storm: Girl. I’m tired. We haven’t had a day off in months. Even Magneto gives the Brotherhood time off.

What I actually found while rewatching the series is the fainting usually happened right after each woman used their powers to exertion. Yet another reason why the guys can wait for their PTO requests to be accepted: they obviously aren’t giving their all on the job. Storm saves a ton of lives, including Cyclops and Wolverine, when she destroys the nukes Magneto launches all at once.

Mind you, Storm or any of the X-Men wouldn't have been caught up in such a predicament if Charles had told them about Magneto during orientation — or, at the very least, told them what they were up against.

Charles' refusal to not deal with people in his past who could harm his precious X-Men takes out both Jean and Rogue in Episode 10 of Season 1. After working all day rebuilding the mansion, the X-Men encounter Juggernaut, the same person who destroyed it in the first place. Jean passes out after trying to overpower Juggernaut with her mind and Rogue almost falls to her death after absorbing too much of his energy, causing her to go berserk. If you can’t tell by now, there is a common denominator in all of these instances, and it's Professor Charles Xavier. 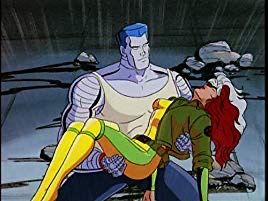 It's a fan thing
Join SYFY Insider to get access to exclusive videos and interviews, breaking news, sweepstakes, and more!
Sign Up for Free
All Posts About
Fangrrls
TV
Disney+
X-Men
X-Men: The Animated Series
Related Stories