Welcome back to Important Toy News, the SYFY WIRE column that makes sure you know everything about the coolest findings in the toy world this week. Join me, your friendly internet toy journalist, as I lead you on an incredible journey through a new world of toys and action figures in amounts so copious, it will leave your bank account gasping for breath.

Actually, you know what — this week I'm going to spare you. Because we're going to start off with some Batman toys.

With one you can't have, and one you don't want.

In addition to Batman the comic book franchise celebrating its 80th anniversary this past March, the 1989 film Batman, directed by Tim Burton, hit a milestone, too, as the classic film turned 30 this month. The two big anniversaries brought us more Batman toys hitting the market this year than we know what to do with.

Oh, wait, silly me. I know what we can do with those toys: Buy them. 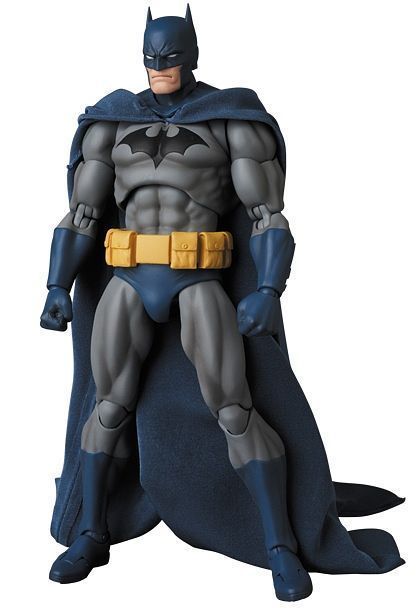 This week alone, three new Caped Crusader toys were announced, and we're going to start with the most attractive and attainable — you're quite welcome.

First up from Japanese toymaker Medicom's MAFEX line is a beautiful new action figure called "Batman Hush." Available in April 2020 with an MSRP of $69, Batman stands 16cm tall (6.2 inches) and comes with a stand, cloak, and accessories. You can preorder him today from HobbyLink Japan. 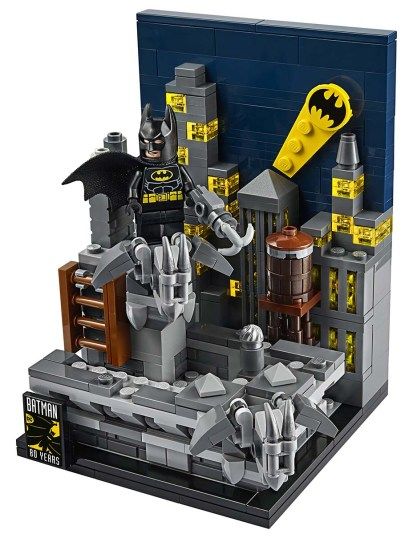 Now let's move onto the one you can't have, and no surprise, it's a San Diego Comic-Con exclusive. While this LEGO Batman mini kit has an MSRP of only $45, the LEGO and Funko booths are infamously the busiest at the convention, often taking three hours just to get through. But not only do you have to wait in long lines to see whether LEGO even still has the toy you want in stock, but there's a lottery just to have the opportunity to be considered for the chance to date this kit! Cute, but too high maintenance, right?

Then we will wrap the Batman segment with a figure from Mezco Toyz that will dry up your insides.

Equipped complete with his trusty Batarang and grappling gun, as well as 6 interchangeable hands, the MDS Batman includes a posable leather-like cape so he can recreate many dynamic poses from the film. He's 6 inches tall, features 12 points of articulation, and has moving eyes that follow you.

Great, because that's not haunted or anything.

He costs $38, and if this toy is your bag, then you can preorder him now. I can get behind stylized and super deformed toys, but this one is a swing and a miss for me. Mezco does such beautiful work with their One:12 Collective and there is lots of talent in that studio, but this line of toys doesn't work for me, personally.

Since we're on the topic, let's dive into two more San Diego Comic-Con toy exclusives, coincidentally both from Hasbro!

Coming soon in its Marvel Legends action figure line is a two-pack of The Collector and The Grandmaster from Guardians of the Galaxy and Thor: Ragnarok, respectively. The Grandmaster comes with his stick that turns people into blue goo. The Collector comes with a sunglasses head and container for holding a Soul Stone. The packages show Cosmo and a Thor seat, but both are just cardboard inserts, so don't get excited.

This set has an MSRP of $49.99 and will be sold in limited quantities on Hasbro Pulse after SDCC if you're really just jonesing for some of that blue goo. 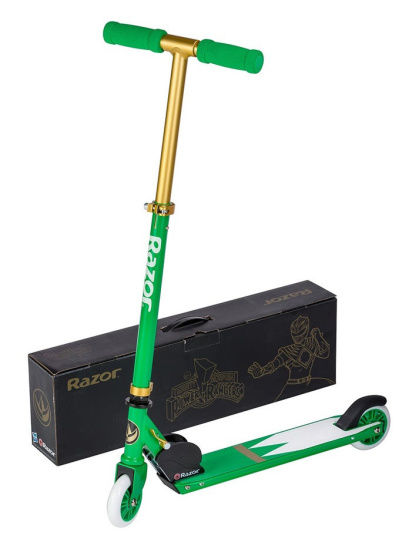 Also announced from Hasbro is a Power Rangers related kinda-toy just in time for San Diego Comic-Con. While it may not be the Dragon Zord that all Green Ranger hopefuls wish they could pilot, nothing can stop you from grabbing your Dragon Dagger flute and riding this new metal monster all over Angel Grove.

Painted to resemble the iconic Green Ranger, the T-bar features shining gold paint, while the Razor features white and green paint. The Dragon Coin symbol is on the lower part of the Scooter, as well, and the Razor is an original classic style A-Kick scooter. It will retail for $79.99.

On the topic of vehicles and things that go vroom, Mattel is busting out the big guns for our next topic of discussion.

For those not in the loop, Hot Wheels has a very dedicated and enthusiastic fanbase. Currently, Barbie and Hot Wheels are the heavy hitters for Mattel in the collector's market until it starts trickling new Masters of the Universe product onto shelves. And this new Mario Kart playset is amazing. Going alongside its super attractive die-cast Mario Kart racecars, the Hot Wheels Mario Kart Track Set Course will feature three unique set ups; Piranha Planet Slide Track Set, Thwomp Ruins Track Set, and Hot Wheels Mario Circuit Track set. They will be available for purchase Summer 2019, and while they're by no means Comic-Con exclusives, Mattel will have this new product available at its SDCC booth.

We're nearing the end, my toy loving friends, and we're going to end this issue of Important Toy News by discussing another hero. Though not of the Koopa-fighting plumber persuasion, but of the childhood one.

You know... like people's childhood hero and... you know what, it was a much better segue in my head, let's just roll with it. Roll with it like a basketball rolls! Because we're talking about a toy based on a basketball player, and...

Coming soon from Medicom's MAFEX line is something really special, beautiful, and unique in the action figure world. Hailing from Japan, as mentioned earlier, MAFEX action figures are typically in the $60-$70 range. I have to wonder whether or not this action figure will be in the 10-inch range because of how tall Michael Jordan is.

So, if a Batman action figure is 6 inches, a Michael Jordan has to be like, 9-10 right? I mean, fair is fair if we want a to-scale version of him. Which leads me to ponder if in addition to a basketball accessory, which is a given because the figure is wearing his Chicago Bulls uniform, will Michael Jordan come equipped with a pair of Hanes?

Yeah... you know what commercial I'm talking about. And if you don't... let's just leave it at that.