Since the dawn of the Comics Age, the cover has been an indispensable tool for reaching an audience. It is the first impression the creative team and their characters make, so you'd best come with your A-game or you might get left on the shelf. I find a great comic book cover irresistible. To this day, I still make the occasional impulse buy based solely on cover art that grabs my attention, provided they followed Stan Lee's instructions on how to create a compelling cover.

Having said all that, I will state loudly and proudly that I can't stand variant covers.

I despise them, loathe them, wish a medieval pox on them.

Not because I don't like the actual artwork depicted on said covers, mind you. The Jen Bartel variant for the upcoming Thor #1 is a thing of beauty. And I certainly don't begrudge artists like J. Scott Campbell who have built a lucrative career on stellar exclusive covers. My problem is that variant covers have become a crutch to support the financially limping comics industry. They also bring out the worst in retailers, publishers, and collectors.

Publishers — not just DC and Marvel but Archie, Image, IDW, and others — use variants as a way to soak the customer and juice sales numbers. It's not a new phenomenon by any means. It's been going on for several years, as the comics industry seems bound and determined to repeat the same mistakes that nearly destroyed it in the 1990s. It's disheartening, as sometimes seems as if the comics business is trying to bury itself.

Retailer variants, store-exclusive variants, and convention exclusives are just some of the variants offered these days. Nearly all of them are meant to squeeze the consumer out of an extra buck while creating an artificial 'collector's item.' DC Comics released 80 different covers for Detective Comics #1000, all gorgeous and about 77 of them completely unnecessary. Marvel did cover variants for its mega-successful House of X/Powers of X limited series, and both of the Big 2 regularly have Cover A and B variants for new books. In fact, Marvel's brand new 2099, Deadpool and Annihilation Scourge titles, dropping in stores November 20, all have multiple covers available. It never ends.

I'll focus my little diatribe on what I consider to be the worst offenders: Cover variants and Incentive variants. 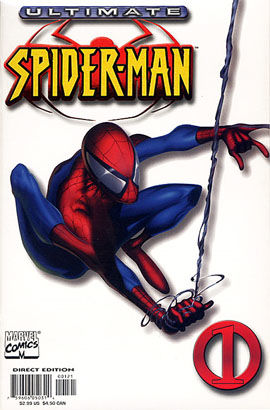 Cover variants are standard comics with unique covers drawn by various artists that publishers allow stores to order, depending on how many copies of the standard (version A) they order. The ratio could be anywhere from 1:25 to 1:100.

Incentive Variants are actually designed to help comics shops. If a store orders a certain number of copies of a new Spider-Man comic, they qualify for a copy of a special, ultra-limited variant. The idea is selling that incentive variant for big money will help the store owner break even on the larger order.

Because, in case it's not clear yet, the new comics business is really, really tough. Imagine being a comics shop owner and your business model was reliant on buying a certain quantity of a certain product to qualify for a SINGLE, slightly different version of that product, in order to break even. Does that sound like a healthy business to you? 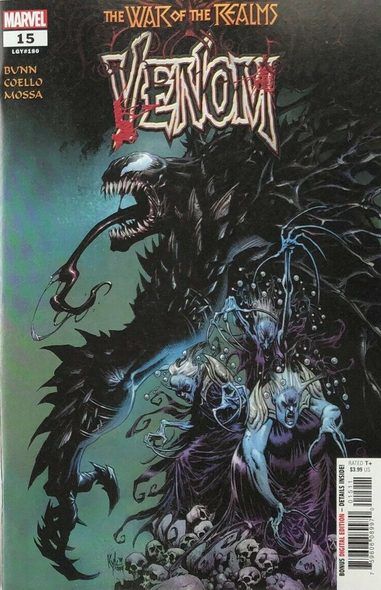 Not to pick on Marvel, but it recently offered 'Bloody Variants' tied to the Absolute Carnage crossover event. Aside from the blood splattering around the title, what made these books variants were that they contained one-page stories that connected to Absolute Carnage. Marvel reportedly shipped the variants out on a random basis, not a specific buy ratio as is the norm with cover variants. That meant some stores didn't have enough of the Bloody variants to satisfy customer subscriptions, let alone enough to put on the shelf for walk-in customers. What does that do? It puts stores in a position to play favorites with customers, which is never a good business practice. It also opens the door for less-scrupulous stores to, once they figured out the variants had exclusive content, set copies aside and instantly mark them up to grab a few extra dollars from customers.

A recent conversation with David Finch helped me see another bit of fallout from variant covers. Finch, who has drawn his fair share of incredible covers, variant and otherwise, pointed out that some of the variant covers he's done will only be seen by a fraction of the potential audience. Think about that for a moment. Shouldn't the goal of having an artist like David Finch draw a cover be to have the widest possible audience see it?

I know some people think, 'What's the harm? If you don't want it, don't buy it.' That's certainly a fair point. Collectors aren't blameless in this. Someone, after all, is buying up Retailer Variant copies on eBay and at conventions. But decades of buying patterns makes it fairly easy to note that comics fans/collectors are completists by nature. Publishers know this and are taking advantage of their customers and their collector mentality, apparently because they can't figure out any other way to improve their bottom line.

I understand companies need to get creative with their marketing strategies in the face of perpetually troublesome market conditions. The comics business is tough; I get that. Even Todd McFarlane, who has openly complained about the dangers of variant covers, had 18 different versions of that extra-sized comic by artists like Campbell, Jerome Opena, Greg Capullo and Jason Shawn Alexander. But at least he saved the cover outburst for a truly historic occasion like Spawn issue #300. Most publishers do this on a monthly basis.

Variant covers are a lazy option with potentially dire long-term consequences. Every time I walk into a comics store and see multiple covers of a single issue, I get uneasy feelings of déjà vu. I've seen how this story ends, and it's not a happy ending for comics. Publishers are playing with fire, going down the same roads they traveled in the '90s, when bad decisions nearly killed the industry. When today's customers decide — as many of us did back then – that enough is enough and walk away from comics, the industry will have only itself to blame.

I love getting feedback, positive or negative. Find me on Twitter/Instagram/Facebook and let me know what you think of the column.

Behind the Panel is a video and audio series, too. Our video series is chock-full of my in-depth interviews with amazing comic book creators. The Behind the Panel podcast is an audio documentary series that provides unique insight into your favorite creators and stories. Check 'em out, we think you'll enjoy them.

It's a fan thing
Join SYFY Insider to get access to exclusive videos and interviews, breaking news, sweepstakes, and more!
Sign Up for Free
All Posts About
Comics
Features
Behind the Panel
opinion
Related Stories

'Knock at the Cabin' projected to dethrone 'Avatar'