To quote the great country song, we don’t need the booze to get a WIRE Buzz on. Or something like that. Look, country music isn’t our forte; movies about space wizards and shows about animated dragons are.

So, speaking of shows about animated dragons, Ava DuVernay is developing an animated series with Warner Bros. Animation based on the best-selling book series Wings of Fire by Tui T. Sutherland. WBA is producing the project with the acclaimed director of A Wrinkle in Time, who will serve as executive producer through her ARRAY Filmworks company.

Up next, Riz Ahmed (Rogue One, Venom) is in talks to star in and executive-produce Exit West, a feature film adaptation of Mohsin Hamid’s best-selling fantasy novel. Per The Hollywood Reporter, Michelle and Barack Obama's Higher Ground Productions is producing, along with Joe and Anthony Russo’s AGBO. The feature is being developed by Netflix.

Exit West follows young couple Saeed and Nadia as they’re forced to flee their home as it undergoes civil war. To escape, they use a series of magical doors that lead to different locations around the world. Ahmed will play Saeed.

Yann Debange (White Boy Rick, '71) is being eyed to direct. A writer has not yet been announced.

And finally, Deadline is reporting that Annabelle Comes Home star Mckenna Grace has joined the cast of James Wan’s Malignant. 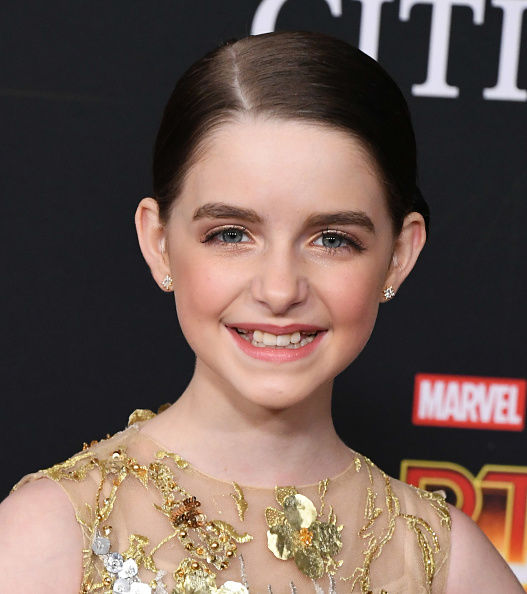 Still no word on what the film is about or what Grace’s role will be, but we do know that a.) the film is a return to Wan’s horror roots, and b.) Grace joins a cast that includes Annabelle Wallis, Maddie Hasson, Jake Abel, Jacqueline McKenzie, Ingrid Bisu, Michole Briana White, Rachel Winfree, George Young, Emir García, Amir AboulEla, and Paul Mabon. Wan directed from a screenplay by Akela Cooper and JT Petty, based on a story by James Wan & Ingrid Bisu.