New Avengers: Endgame posters confirm who dusted and who survived the snap

We're just one month away from the release of Avengers: Endgame, and Marvel Studios is celebrating with a new batch of character posters in support of the film. Sporting the tagline "Avenge the Fallen," the posters are all close-ups of characters' faces, and as expected, many of them confirm what the trailers have already told us.

We know already that the film will feature the survivors of Thanos' (Josh Brolin) snap — among them Captain America (Chris Evans), Black Widow (Scarlett Johansson), Iron Man (Tony Stark), Thor (Chris Hemsworth), Bruce Banner (Mark Ruffalo), and Ant-Man (Paul Rudd) — enacting some kind of last-ditch plan to take back what they lost, with a little help from their new friend Captain Marvel (Brie Larson). Those characters, in keeping with the most recent trailer, are shown in color on their posters. Characters who didn't survive — including Black Panther (Chadwick Boseman), Vision (Paul Bettany), Gamora (Zoe Saldana), and Scarlet Witch (Elizabeth Olsen) — appear in black and white.

This is all pretty easy to follow, but what makes this batch of posters particularly interesting is that they seem to confirm a few things we didn't know for sure about various supporting characters, and the biggest news seems to be that Valkyrie (Tessa Thompson) is alive and well following the snap, and will apparently join the fight in the new film. Thor's new ally and fan-favorite character from Thor: Ragnarok was last seen onboard the Asgardian refugee ship at the end of that film, but didn't make an appearance in Avengers: Infinity War, leading many fans to worry about her eventual fate.

Notably, the posters also include three characters who died in the last film in ways other than the snap: Loki, who was choked to death by Thanos; Gamora, who was thrown of a cliff by Thanos; and Vision, who was killed when Thanos ripped the Mind Stone from his skull.

Obviously we don't expect characters like Black Panther and Spider-Man to stay dead forever, and the Avengers' ultimate plan is expected to restore a lot of things to the MCU, but will that include characters who were dead before the snap even happened? This remains one of the film's biggest mysteries, and these posters only add to the suspense. Check out all of the posters assembled via Marvel's official Twitter account below. 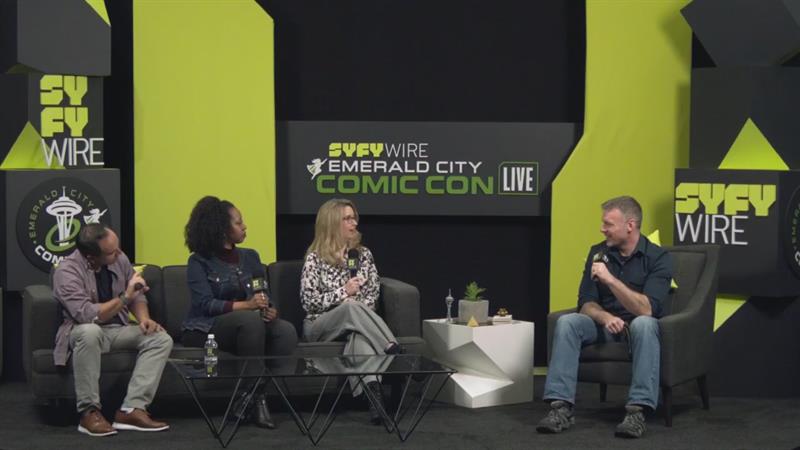