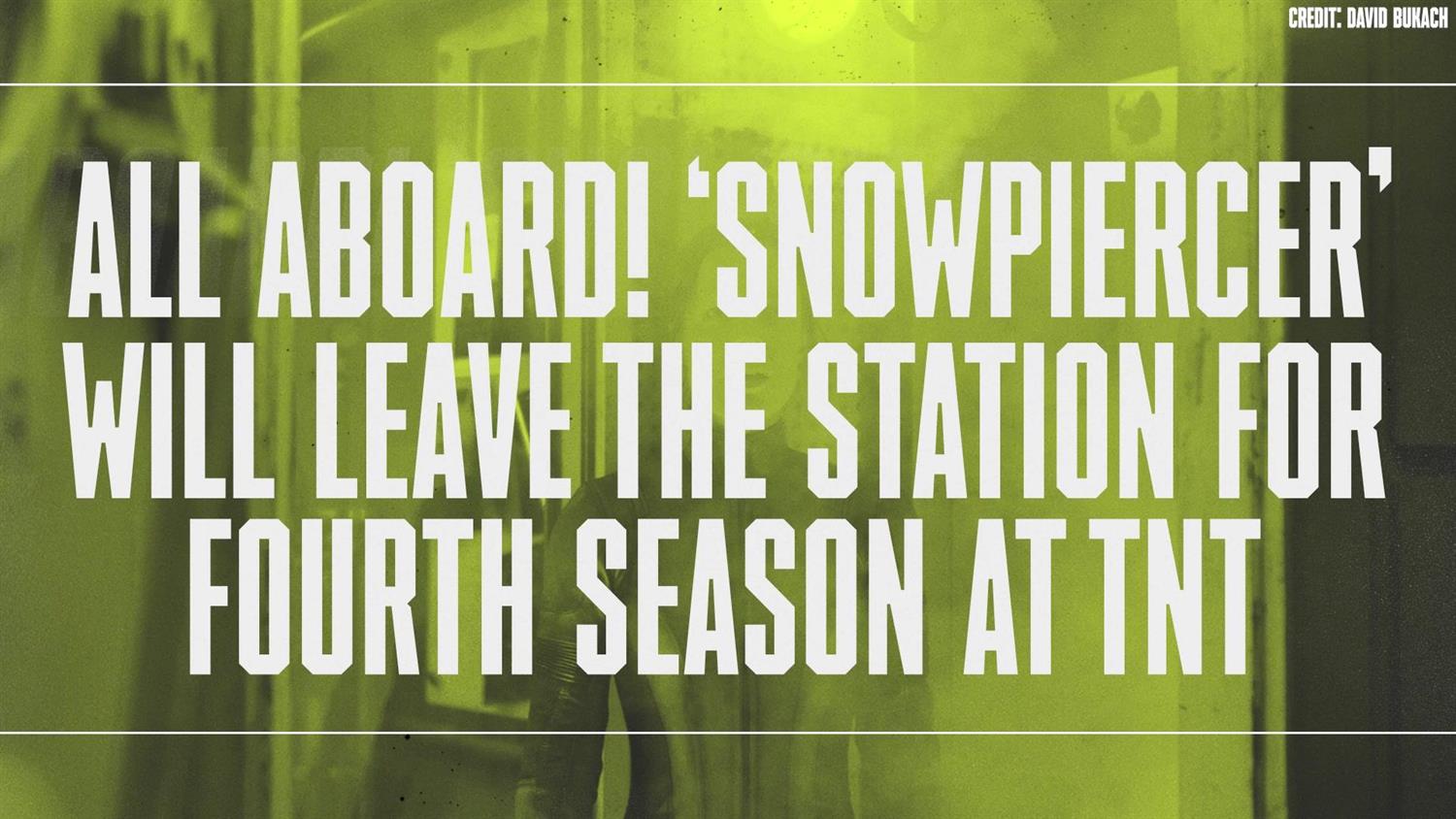 All aboard! 'Snowpiercer' will leave the station for fourth season at TNT

TNT's Snowpiercer won't be slowing down on the tracks anytime soon. The dystopian series has officially scored an early fourth season renewal ahead of Season 3, which recently wrapped production. The news also comes just four months after Season 2 aired its final episode.

“Snowpiercer has been an incredibly successful series for us that continues to capture the imagination of viewers, grow audience and maintain strong ratings,” Sam Linsky and Adrienne O’Riain — co-heads of scripted original programming for TBS, TNT, and truTV — said in a joint statement. “All of our seasons embark on an emotional, unexpected ride and the well-plotted storylines will continue to evolve and remain relevant to audiences. We’re excited to keep the train running into Season 4."

Based on the Bong Joon-ho film of the same name (as well as the French comic that inspired the movie), Snowpiercer takes place aboard a futuristic locomotive that continuously encircles a frozen Earth. Over the years, the train's occupants have been divided up into an unfair class system — the wealthy up front and the destitute in the back.

Those lines begin to blur and a rebellion starts to foment in the first season when the world's only surviving homicide detective, Andre Layton (Hamilton's Daveed Diggs), joins up with the train's head of hospitality, Melanie Cavill (Labyrinth's Jennifer Connelly) to solve a killing.

“Layton’s idea of Snowpiercer is that it is a fortress to class,” Diggs told SYFY WIRE last May. “He is fundamentally opposed to that, and is using this opportunity to try to figure out a way to make things better for his people in the tail and dismantle this class system.”

Season 3 finds "Layton and his inner circle commanding a small pirate train in search of Melanie and a possible warm location to restart civilization, aided by a newfound survivor," reads the synopsis provided by TNT. Back on Snowpiercer, Mr. Wilford is consolidating power, foiled only by secret allies of Layton’s hidden on the train, committed to the cause."