This summer, visitors to The Wizarding World of Harry Potter at Universal Orlando will be able to board Hagrid's motorbike (first owned by Sirius Black) and meet some of J.K. Rowling's most magical creatures.

"You won't want to miss it," adds Felton. 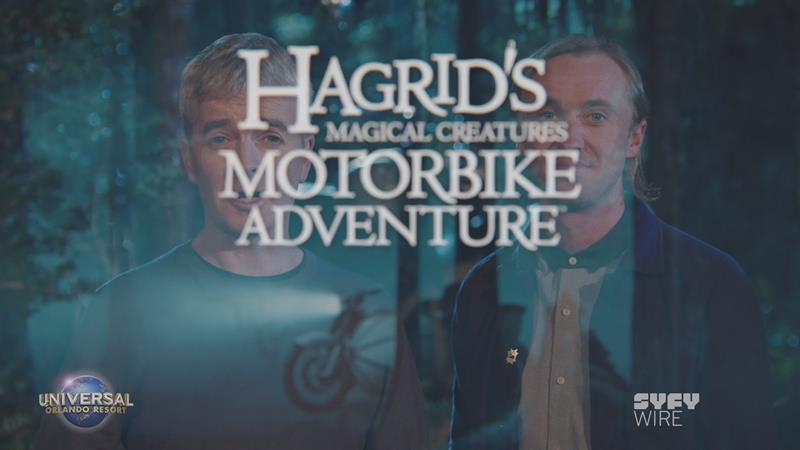 As the gamekeeper for Hogwarts, Rubeus Hagrid (played by Robbie Coltrane in the movies) is always working with a unique beast or two. Personally, he has immense love for dragons, hippogriffs, Acromantulas (aka giant, talking spiders), and Blast-Ended Skrewts (hybrids of Manticores and Fire). In the third book, Harry Potter and the Prisoner of Azkaban, Hagrid became the Care of Magical Creatures teacher.