10 monsters from around the world that will terrify you

If you were asked to name a classic monster, chances are you'd list the likes of Bigfoot, The Loch Ness Monster, vampires, or werewolves. Perhaps you might get a little creative and say chupacabra or basilisk. No offense to these hallmark creatures of mayhem, but there are so many more interesting monsters in the world, just waiting to be discovered and waiting to terrify.

Have you heard of any of the following monsters from around the world? Some obscure, some regional, but all monstrously delightful. Let us know in the comments!

01. The Tatzelwurm, Austria and Switzerland

This cat-headed dragon resides in the Alps and sometimes goes by lindwurm, arassas, or daazelwurm. This feline-meets-reptile ranged from two to six feet in size and preyed on small animals as well as humans, protecting itself by spewing poisonous fumes. The Tatzelwurm appeared in a Bavarian hunting manual, The New Pocket Guild of the Year 1836 for Nature, Forest and Hunting Enthusiasts, marking it as a myth that was contemporarily believed. 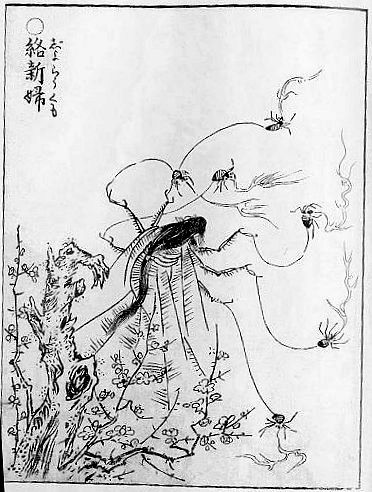 These man-eating spiders disguise themselves as beautiful women before devouring their prey. Through temptation, the jorogumo feed on men until they are weak before eating them, or try to convince them to marry them before being consumed. They’re what are known as yōkai, a creature, ghost, or goblin of Japanese folklore.

The Alligator Man has long haunted the coast of Colombia. According to legend, he was a human man in love with a woman whose father didn’t approve. So, he would eat at the father’s restaurant every day and watch his forbidden love swim in the sea and go join her. He did this day after day until he became an alligator and they swam off together into the sunset. Now he swims along the coast, looking to steal women to be his watery wives for all eternity.

This lightning bird comes from Pondo, Zulu, and Xhosa folklore in and around South Africa. Large as a human, this bird summons lightning storms and attacks people and drinks their blood, making it vampiric in nature. The legend goes that they protect Witch Doctors and seek out their enemies. Many elements of the bird have medicinal properties, including its fat and eggs. Some iterations of the tale say the Impundulu can take the form of a young man who seduces women.

This demon horse of the Philippines boasts the head and feet of a horse with long, human limbs, so it can walk upright. They're tricksters and lead travelers astray in the forest, but your journey may be spared if you ask permission to pass or tread quietly so as not to disturb these legendary guardians of the elements. This Tikbalang is believed to be derived from Hayagriva, an avatar of the Hindu god Vishnu who has a horse's head. 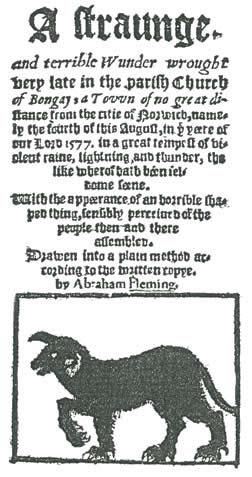 If you're a Potterhead, you may be aware of this giant, gruesome dog that spelled doom was coming. Also known as the Black Shuck, this ghost dog roams the likes of Norfolk and Suffolk in England and is often depicted with flaming red or green eyes. If you catch its gaze, you'll die within the year. The Barghest was first reportedly seen in 1577, and may have served as inspiration for Arthur Conan Doyle's The Hound of the Baskervilles.

Known as the "Mother of Water," this ancient sea monster makes its home in the Peruvian Amazon River. Noted as a giant snake with a horned head, it is often described as up to 160 feet long, more than twice the size of the largest reported Amazonian anacondas. According to legend, the Yacumama would suck up anything within 100 meters, making escape nigh impossible. Local indigenous tribes would blow on a conch before entering the water, believing the creature would reveal itself and let them pass without harm.

A regional monster that roamed the area around Washington, DC, and specifically Frederick, Maryland, the Snallygaster is a massive half-bird and half-reptile creature with tentacles sprouting from its beak. Fierce and deadly, there were numerous sightings and reports of it for over 100 years.

This creature was so believed to be real that Theodore Roosevelt himself went out hunting for the beast. Teddy shot a lot of animals, but he never found a Snallygaster.

The Mongolian Death Worm, native to the Gobi Desert, is a two-to-five-foot-long monster worm that spits acid and instantly kills anyone who dares to cross its path or dare to touch it (if you can get that close). Said to resemble a cow's intestines, but blood red, Allghoi khorkhoi are mostly considered a legend, but locals who live in the desolate desert firmly believe in its existence, claiming it feeds on camels and burrows underground except for June and July when it comes to feed. They also favor the color yellow, apparently.

Werewolves are a run-of-the-mill monster, but this French-Canadian form of a werewolf, popularized in the Cajun communities of Louisiana where it’s known as the Rougarou, is unique. The Loup Garou can change from human to wolf at will and isn't dependent on the moon. Also, the Loup Garou keeps its human wits even in its wolf form, making it intelligent as well as dangerous.

When Godzilla battled The Avengers: A history of the epic crossover

The history of Ghidorah, Godzilla's rival for the title of King of the Monsters