Game of Thrones may be back, but this is its final season, and The Lord of the Rings series from Amazon is so far away you might as well walk to Mordor. But fantasy fans, never fear, there is a wealth of stories of elves, magic, knights, and bards waiting for your ears. Behold the world of high fantasy podcasts.

These auditory delights consist of both actual play tabletop role-playing recordings and full-fledged audio fiction productions, complete with sound effects, music, and full casts. There are, of course, the big hitters like Critical Role, The Adventure Zone, and Hello From the Magic Tavern. However, the rise in indie podcasts deserves to be celebrated and showcased. These shows have production values equal to their professional counterparts, diverse characters, players, and worlds, and can take your imagination all sorts of places.

So if you're looking for a bit of extra magic in your life or a good adventure, check out these 12 amazing high fantasy podcasts:

Actual Play | The Broadswords is an all-women actual play Dungeons & Dragons podcast focusing on role play, narrative, and inclusivity at the gaming table. This accessible actual play podcast has rich storytelling that's engaging and emotional, as well as ripe with mystery and detail. The Broadswords perfectly balances humor and drama making it easily bingeable.

Actual Play | With an entirely POC cast, this Chicago-based show streams live on the official Dungeons & Dragons Twitch stream and is then formatted into podcast style for those who can't watch as it's played. This passionate class has been instrumental in making D&D more accessible for people of color, introducing a number of their listeners to the game and encouraging them to play for the first time. Watch live every Sunday at Noon CST. www.twitch.tv/dnd.

Actual Play | If you're looking to introduce the younger ones in your life to Dungeons & Dragons or any other tabletop roleplaying game, then this kid-friendly and kid-played podcast is a perfect choice for the entire family. An offshoot of the equally wonderful actual play podcast Tavern Tales, the Junior iteration has children ages five to twelve play 5e in a delightful way. With a focus on diversity, this is an all-around high recommendation for D&D fans both young and old. 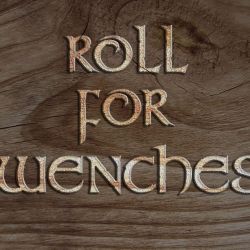 Actual Play | Also coming out of Chicago, Roll For Wenches is run by the self-declared "vodka aunts" of the #womenintabletopgaming community. This hilarious, but still hardcore actual play is not only fun to listen to, but reminds listeners that anyone can play Dungeons & Dragons, even moms, because moms rock. This was especially recommended by Voices at Play, an organization that raises visibility and financial support TTRPG creators in marginalized communities.

Actual Play | In a world where fey have flourished and humans have become subordinate text, this actual play podcast explores the world of Warda, where magic is domesticated and societal drama is the name of the game. This RPG is totally created by the Warda founders, though they used the FATE system, and also consists of many other multimedia projects. There's a lot here to enjoy (and enjoy it you will). Their tagline says it all: "The city holds thousands of stories. What will yours be?"

Actual Play | An actual-play Dungeon World podcast about being who you are by being someone different. This Australia based show is really freaking funny and exceptionally queer. It's dungeons, dragons, and rainbows and is one of the most joyous experiences your ears will ever have. On a more serious note, Queer Dungeoneers has been very important for queer roleplayers and what they're doing is both important and highly entertaining.

Audio Fiction | This audio comedy tells the story of the royal physician of Farloria and the many hilarious trials, tribulations, and patients that come in and out of her clinic. With plenty of magic goodness and a heavy dose of social commentary, you'll fall in love with the land's most exasperated witch. Self-described as Shrek meets House, Alba Salix is a treat not only in terms of the fantastic ensemble cast, but also its production quality and expanded lore with its additional shows The Axe & Crown and The End of TIme & Other Bothers.

Audio Fiction | If you've ever wondered what adventurers do in between fulfilling quests and going in search of legendary treasure, you'll love this quirky audio drama about what happens at The Goblin's Head Inn. The intro and outro blips tease what adventures these characters may have had, but the heart of the stories in this show are the character developing conversations, misadventures, and moments between the big plot points. There's also some hilarious meta dialogue that will be sure to delight those familiar with tabletop RPGs.

The Once and Future Nerd

Audio Fiction | This serialized audio drama throws three modern-day teenagers into a fantasy world of magic and mystery. The Once and Future Nerd is a story about stories, and about power. "It’s about who gets to tell stories, and which stories are left untold, and what that does to all of us. It’s a challenge to the mythologies that have shaped our society. It’s about vulnerability, and found family, and justice, and what those things look like when people won’t stop trying to murder you with swords." It's fantastic and you should have started listening yesterday.

The Penumbra Podcast - The Second Citadel

Audio Fiction | With a mission to create stories featuring those not often featured, the queer and representation positive Penumbra Podcast offers many stories for everyone ever sidelined by major media. They do that with imaginative storytelling, high quality voice talent, and a deft hand at audio engineering. Their Second Citadel storyline is a mystical look at battle and fantasy, and more than worth a listen.

Audio Fiction | Swords, shields, magic, and all types of fantasy, PodCastle publishes fantasy short audio fiction from a constantly rotating offering of authors. While there's a heavy dosage of high fantasy in their episode log, PodCastle also offers urban fantasy and dark fantasy. It's a podcast for fans of fantasy in all its forms, it fantastically produced, and has plenty of stories to binge and enjoy. 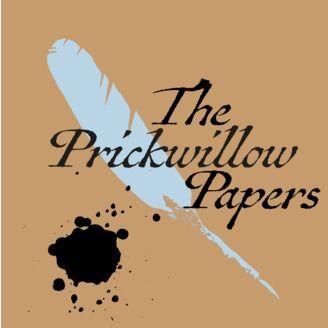 Audio Fiction | Imagine you've just graduated and have to move back in with your parents. The Millennial reality, right? Now imagine you're a half-elf and your college is the College of Mages. The Prickwillow Papers follows the journey of Sylda via her diary. This charming story is relatively new, making it prime for following along as the adventure begins to ramp up.

It's a fan thing
Join SYFY Insider to get access to exclusive videos and interviews, breaking news, sweepstakes, and more!
Sign Up for Free
All Posts About
Features
Games
Movies
TV
Critical Role
Dungeons & Dragons
Game of Thrones
Podcasts
The Lord of the Rings
lists
the adventure zone
Related Stories