50 thoughts we had while watching Wild Wild West

Steampunk technology, cowboys, secret agents, confederate soldiers, and an over-the-top villain are all stuffed into 1999's remake of a remake, Wild Wild West. If it was the '90s and a movie needed action and comedy, there was a good chance Will Smith would be in it. Not only did Smith star in Wild Wild West, but he even gave us a kid-friendly song to go right along with it (something that was also to be expected in the '90s).

So how does wicky-wicky-Wild Wild West hold up almost 20 years later? We share our thoughts on the steampunk green screen-filled action movie from our childhood.

1. Will Smith truly ruled the mid-to-late '90s. If it was rated PG-13, I was more than likely begging my parents to take me to see it. As much as I watched this movie on VHS, I’m just now realizing how much of a horror movie opening it has. Think Saw, but a period piece. 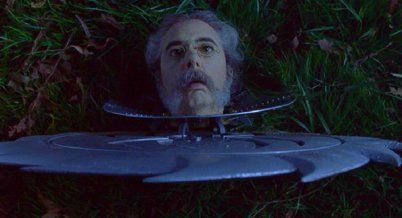 2. There is also an Avengers-type opening credit scene.

3. The more things change, the more they stay the same. They were rebooting older shows into movies like crazy from the late '90s into the early 2000s.

4. Jim West was really having sex in the town water supply. Reparations?

5. It's a tragedy we didn’t have more Garcelle Beauvais in more movies. I was really happy to see her in Spider-Man: Homecoming.

6. I love how Jim West didn’t even give this man a chance to say the N-word before getting knocked out.

7. Watching movies set before the '80s with one or more Black people in the cast is always a different kind of uncomfortable. You just know things are going to get racist. (I mean, that’s really the case for movies set after that, too.)

8. Will Smith was fine then and is still fine now.

9. This film rewards us with some western drag worn by Academy Award winner Kevin Kline.

10. What about a Wild Wild Westworld simulation?

11. There's a pair of hypnosis breasts in this movie and I just remembered how queasy McGrath made me feel.

12. Where did Jim West get these sunglasses?

14. I’m starting to remember how obsessed this movie was with spiders, and I am unsettled.

16. The president is giving them one week to figure out whatever Dr. Loveless has going on and it just doesn’t feel like enough time for anything to get done in the late 1800s.

17. Wild Wild West's appeal has to be all the steampunk technology because why else would you watch this movie? Oh. Wait.

21. Does everyone wear the same prescription strength glasses? Also, who embalmed that head?

24. OK, but that steampunk wheelchair is pretty cool.

26. The scene in which Jim West shoots all of the people hiding in the paintings is still pretty chuckle-worthy.

27. Now I’m really supposed to believe this Black man would really want to save the republic. Sure.

28. Yikes at this lynching scene played for jokes. It's cringey.

32. The Confederate soldier massacre is definitely a bright spot. 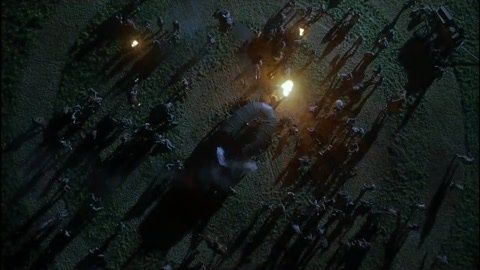 31. I would bet the women assisting Loveless probably invented most of the gadgets he's using. 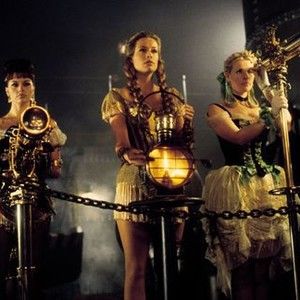 32. Salma Hayek and the ass-out pajamas. We sure did love a crude joke post-American Pie.

33. Now this backflip onto the train. This movie really was going for the action. 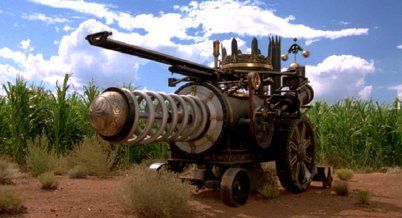 39. A steampunk 80-foot tarantula was cool back when this movie was released and is still pretty cool now, tbh.

42. How big is this spider, though? They have stadium seating on the inside.

44. Loveless could have been an Avenger villain.

45. He destroyed a city with a steampunk tarantula.

46. All of the Loveless henchmen look like Mortal Kombat extras.

48. After all that, this is how the President’s Secret Service was created. 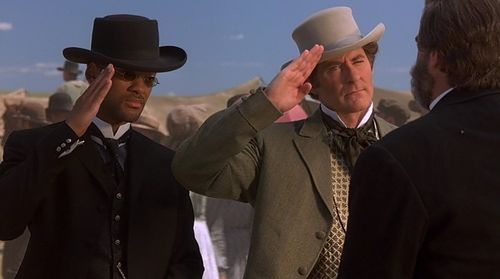 49. Why the hell would they not just ride back with the President now that they’re his secret agents???

50. To this day, I still wonder how long it took Jim West and Artemus Gordon to travel back East on that steampunk tarantula.