57 thoughts we had while watching Ghoulies

The movie Ghoulies does not deserve to be in the same space as Critters or Gremlins. The poster is a scam and I've been upset ever since the credits finished rolling. For years I'd avoided this movie because the box art of the VHS and DVD featured a slimy monster with abs boosting a carb-free diet sitting in a toilet. The movie I imagined in my mind based on the box art was far more gruesome than what I actually witnessed for the first time. The movie I imagined also didn't run out of money like this one did while in production. I wanted bathroom carnage and all I got was the prequel to the movie Eyes Wide Shut.

Thankfully I recorded my first-time reaction while watching Ghoulies: the movie I never wanted and selected by our Twitter followers. You did this.

2. Cult leaders who wear green contacts from the local beauty supply store are not to be trusted. 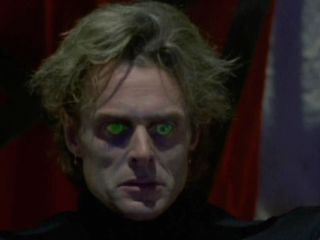 3. This cult leader has LITERAL mind control, which makes me wonder can we even give him the title of a cult leader since it might be unearned.

5. I'm only six minutes in and I'm wondering where toilet trolls fit into all of this.

6. The outside shot of the cult mansion looks like Ghoulies could possibly take place in the same universe as Eyes Wide Shut. 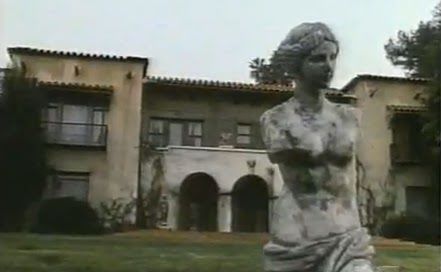 7. I'm extremely disappointed the effects team wasted their time on this scene that involves one of those little monsters coming out of a woman's chest.

8. I could be watching Alien.

9. A caretaker named Wolfgang looks like someone who would enjoy binge watches of American Chopper. 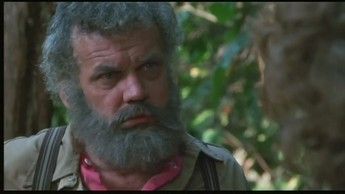 10. This place is littered with unappealing statues. No wonder it's still on the market.

11. The lead is the little baby who was saved at the beginning. Why is he back?

12. Wow, this movie jumps more than a game of Frogger.

13. Ghoulies has now turned into a tragic diluted version of House Party.

14. Is this a dinner party of a house party because someone is making a pot of mashed potatoes. 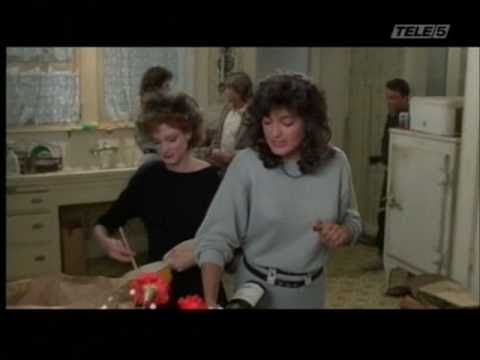 15. No party that takes place in the '80s is complete without a sleazeball or two.

16. A house party can't be too good if you suggest performing a ritual and people say yes.

17. What is the age range of the partygoers because I am in confusion trying to figure it out.

18. Why would you summon something and then not dismiss the spirit before you all go back upstairs to your very boring house party?

19. Poor Wolfgang, this man has been trying to sleep all this time.

20. The lead wants to drop out of school and I sincerely want to know if it's grad school or not because he looks no younger than 41 years old.

21. How did we get here? Like seriously why is it going on?

22. Here we are back in the cult basement.

23. House Hunters: We need a place to perform satanic rituals.

24. The lead's name is Jonathan and he has lost whatever sense I doubt he ever had to begin with.

25. These monsters are hideous. This is more Critters than Gremlins. My apologies to Critters.

28. One of these monsters looks like halfway dead Crash Bandicoot. 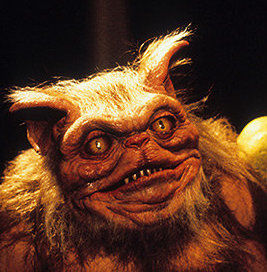 29. The girlfriend doesn't have too much sense either, clearly. Girl! He is performing rituals!

30. Another jump in the movie. Now it's sexy time. He lit one candle.

31. One-candle sex is cult sex, check for a pentagram under your bed.

32. Note these monsters coming to watch them have sex.

33. Note the monsters assisting in the sex ritual.

34. Note him actually performing a ritual during sex.

35. Where did these satanic helpers come from? Did they come with the house?

36. Jonathan is a full-on satanist in less than a week.

37. He is big trash too because he is doing things without people's consent.

38. You get invited to a dinner party and you're forced to wear sunglasses the entire time, that doesn't seem weird to any of them? 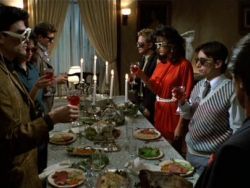 39. Note these demon monsters all up in the food.

40. I'm going to throw up before this movie is over.

41. Does Jonathan have teleportation powers?!

42. A screaming cult to wake the dead. 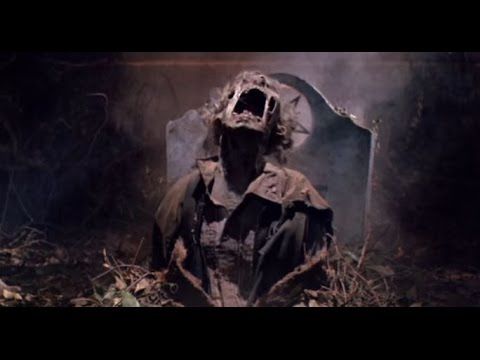 44. When did this turn into an X-Men movie? Toad from the Brotherhood of Mutants showed up.

45. Getting high during horror movies is always a bad idea.

46. I'm tired of watching people get bit in the face.

47. This is one of the worst tumbles down the stairs I've ever seen. How do you fall in slow motion?

48. Plot twist. Jonathan got played. The person he woke from the dead scammed him.

51. I was wonder where Wolfgang was this whole time.

56. Not one monster came out of the toilet. I was promised toilet trolls!

57. Would someone mind explaining to me like I'm 5 what this movie even was, please? 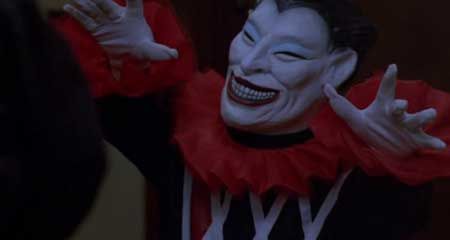