Serenity is not the beloved Firefly continuation from 2005. This Serenity is a movie from 2019 I vaguely remember hearing about, written and directed by Stephen Knight and starring Matthew McConaughey and Anne Hathaway. As the film was most noted for its purportedly bonkers twist, I didn't bother reading the premise before watching, figuring it would be best to go in blind.

I was absolutely wrong about that. I should have Googled the synopsis if nothing else. I share all of my confusion and concern in 63 thoughts I had while watching a movie I'll remember for all the wrong reasons.

1. Creepy child eyes. This is off to a fantastic start.

2. Matthew McConaughey’s character (I don’t know his name yet) seems to be fixated on catching the same fish that Jesus used to feed all those people. It’s a big-ass fish.

3. I did not know Diane Lane was in this and she is having hot sweaty sex with McConaughey while wearing a robe. Make it make sense.

5. He named the fish Justice. They might as well just wink directly into the camera at this point.

7. The creepy-eyed child is back and seems to be somewhere not on this island. I have a feeling there is about to be a plot twist that’s going to make me wish I never watched this movie.

8. Plymouth Island is the name of the place. The radio guy sounds extremely creepy.

9. There is a weird guy in a full suit with a briefcase staring down McConaughey’s character. This definitely makes me think there is going to be a reveal that’s going to make me scream into the void.

10. Only thing I understand so far is that McConaughey’s character is some kind of tour guide fisherman.

11. Out of the blue, Anne Hathaway just showed up and I’m confused as to why she breezed in like Lauren Bacall.

12. This movie just turned into an in-color 1940s film noir and it's absolutely not working.

13. So apparently Anne is his ex-wife.

14. Yes, I went into this movie completely blind and I refuse to open up Wikipedia.

15. This blonde hair is not doing Anne any favors.

16. John Mason? Baker Dill? Dill Baker was his favorite math teacher. Why did he change his name? Who did he kill? Again, what is this movie?

17. So, there is an abusive husband in the mix. Gotcha. I see where this is about to go.

18. Anne Hathaway’s character whose name I still don’t know was with Baker Bill at some point and they have a son together.

19. I’m going to take a wild guess that this son is the boy who I saw at the beginning and who they keep flashing to randomly.

20. The son plays video games while she argues with her husband. This is a f***ing mess. I know this is not about to turn in some Source Code movie.

21. The son’s name is Patrick and I STILL DON’T KNOW HER NAME. I refuse to Google it.

22. Wait, is she hiring him to kill her husband?

23. Oh wait, this really is the white Acrimony. My God.

25. There goes that guy in the full suit again. Totally not obvious.

27. Baker walked butt naked outside to take a shower in the ocean ... WITH NO SOAP.

28. There is a lot of naked Matthew McConaughey right now. I want to care but he is taking a shower with NO soap.

29. They cut to the son and then Baker Dill woke up. Something is really off about this.

30. The guy who played evil John Connor in that Terminator movie with Daenerys Targaryen is in this movie playing Anne Hathaway’s husband. He is dressed like he smells like Joop. 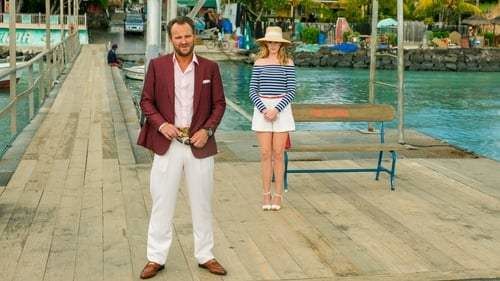 31. I still don’t know the character of Anne’s character. Still not going to Google. Umm, evil John Connor put his glasses on to examine Anne Hathaway’s booty. He is actually inspecting her body like it’s a car and I think he was about to spank her????

33. This man is a certified asshole. 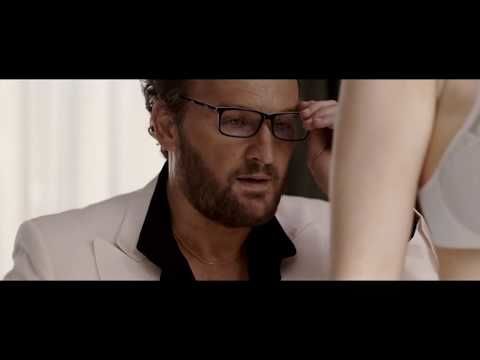 34. There is the guy in the full suit with the briefcase again!

35. A 20-second discrepancy in his allotted schedule?! I think this might actually turn into Source Code. WOW.

36. Why does Diane Lane keep having sex with Baker with this damn robe on in 100-degree heat?!

37. “He hears you through his computer screen.” Girl, what the hell do you mean???

39. This is really about to turn into Source Code. Unbelievable.

40. Wow! It did. The son has coded a Grand Theft Auto fishing game.

42. Wait a hot minute. If the son is coding all of this, did he also code his dad having sex with the Diane Lane character AND the showering without soap???

43. Is this like The Sims or is he actually coding everything and watching?!

44. Baker Dill and his ex-wife, Anne Hathaway, finally get down to business. He gave her a pinch of D and then agreed to kill her husband, the evil John Connor.

45. This man in the suit with the briefcase yet again. I’m going to call him Mr. Agent Smith lite.

46. I knew it, the guy in the full suit is some sort of rule keeper in the game.

47. “Just playing my part in the game, this game.” The full suit guy has just confirmed what I already knew. This is a damn game.

48. This just turned into The Matrix.

49. Baker Dill woke up before his alarm went off and a sleep paralysis demon was sitting on his chest. Not really, but he couldn’t move because this is a game and he has to move according to the coding.

50. I guess since it’s a game that’s why he is showering in the ocean without soap. Still musty though.

51. The simulation is glitching.

55. The rest of this movie has turned into breaking the Matrix.

56. They finally got evil John Connor on the boat. I guess they are going to kill him finally.

57. The son just took a knife out of the tackle box and is about to kill the stepdad in real life.

59. This entire time Baker Dill has been dead. He was killed in Iraq.

60. The game is dissolving in front of Baker now.

62. The son didn’t go to jail and coded himself in the game with his dad.