Twenty years ago, the movie The Cell graced everyone else in the world with its presence except for me. I vividly remember wanting to see this movie because Jennifer Lopez was in it. I wore the CD single of "If You Had My Love" out. The visuals from the trailer gave me TRL top 10 vibes, and I knew it was going to be one of those movies that I wasn't supposed to see at 12 — which only increased the need to view it. My parents weren't having it, nor could I find a friend with a decent enough bootleg for me to watch it.

Who knows what I could have become if I'd gotten a chance to watch this movie all those years ago? I could be running for president. I'll never know. But that was then, and this is now. Let's get into it.

1. Something tells me this opening will probably be the most at ease I'll feel for the duration of this movie.

2. Jennifer Lopez smiled back at this now fake horse like it was Ashanti dropping off vocals got a nice sksksksksk out of me.

3. I already have absolutely no idea what the hell is going on. I just know this desert scenery is making me sweat.

4. I wouldn't trust this little boy.

7. For a moment, it looked like she was suspended above a ridiculously long drop.

8. I see I need to put my glasses back on to watch this.

9. I feel even sillier because she's barely above the table. LOL.

10. I had to rewind, and I now see that the table is automated.

11. All right, now what is this procedure? How does it work?

12.I'm trying not to go to Wikipedia, but I need answers.

13. Renting the HDX version of this movie was a wise choice. It pleases my eyes.

16. Okay. So the little boy who Catherine is working with is in a coma.

17. This guy is a super level serial killer. The one they would make a Netflix docuseries about, and despite his horrendous crimes, people would still willingly share how attractive they find him.

18. I'm not sure who rolled that post-work joint for her, but she should probably invest in a roller because that thing looks extra loose. 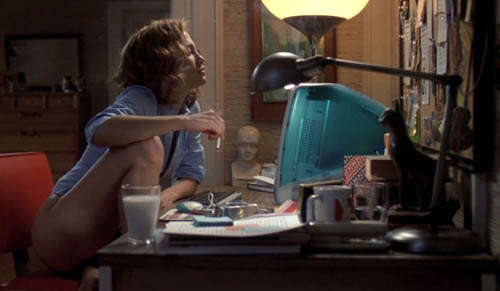 19. Good to know her employer doesn't drug test, and from the looks of this job, they absolutely should not.

20. Why does he have this poor dog watching him be a literal demon???

21. All right. No one told me there would be jump scares in this movie.

22. Now, what's about to happen ... wait! Why are there rings embedded in his back and arms... I know damn well what I'm watching is not happening. 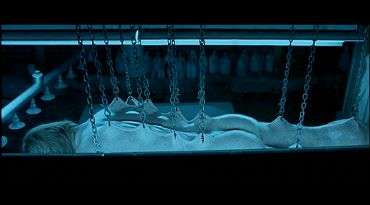 23. I want to fight someone right now.

25. When law enforcement found this poor woman's body, they had to IMMEDIATELY know something quite terrible happened to her because …

26.Oh no. He is scouting his next victim.

27. NOT THIS MAN USING THE DOG TO TRAP HIS VICTIMS?!

29. I really can't handle the rings in his back and arms. It's just too much. I've been present for full surgeries on human bodies, but those rings have me squirming. 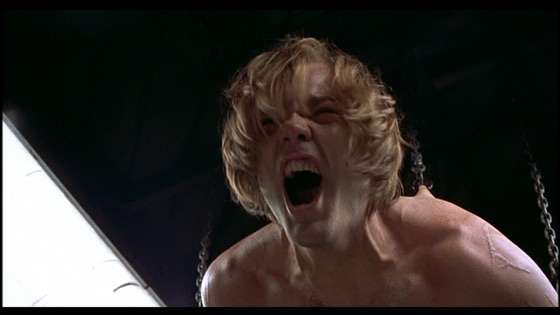 30. Of course, this serial killer lives across the street from a school.

32. The math isn't mathing for me right now as I try to figure out the size of this basement.

34. Don't tell me he has the place where he takes his victims on a timer?!

37. The trigger is water-related. Of course. OF COURSE.

41. So, like, what does he do if the people he kidnaps can't swim? The torture wouldn't last long, and wouldn't that take away from the pleasure he gets watching them die.

43. I hope Catherine gets overtime pay because what they're asking her to do is simply too damn much.

44. How the hell is hanging with hooks in your back comforting?! I'm not judging, but I'M CONCERNED.

45. Carl's mind is looking exactly how I thought it would.

48. What in the museum exhibit hell is going on??

49. Side note, the cinematography is exquisite.

50. Chile, now how did Catherine not hear Miss Schwarzenegger creeping up on her??? I get they need to find this victim. Honestly, I do. HOWEVER, I don't know about going back into Carl's mind.

56. HOW DOES CARL KNOW WHAT THE ROOM LOOKS LIKE??

57. I have to express again how visually stunning this movie has been so far. 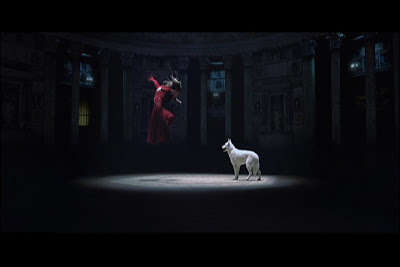 61. By the way, about an hour into this movie is when I finally realized Vincent D'onofrio was Carl. 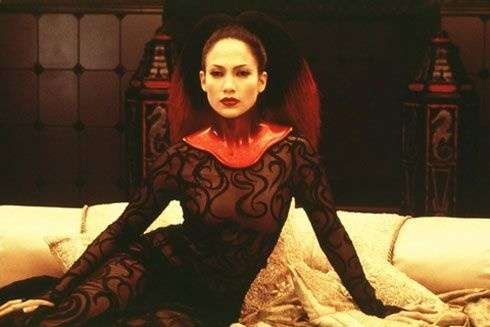 64. I know he is NOT digging in his body for his intestines. I just know that's not happening.

66. Not Peter's intestines getting wound up like a water hose on a hot summer day.

68. This movie has so many familiar faces; unfortunately, Vincent's was not one of them for me. Shame on me, because I've seen a lot of his other works.

69. Employee of the month is just simply not worth it.

70. Catherine is going to bring Carl into HER mind?!

72. I have never seen a shingle cape before. I think I like it?? 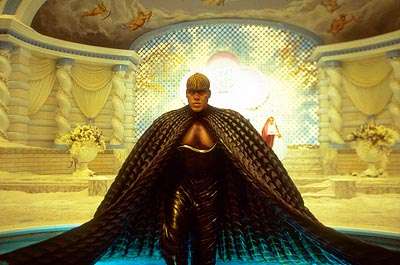 75. I'm going to be so upset if the victim does not get saved.

77. How is anyone flirting after all this?!

78. For a brief moment, I thought there was some kind of plot twist, and they were all still in his mind when that school bell went off.

79. The set pieces and costume design were immaculate.

80. I am so happy I am just now experiencing The Cell. Maybe I owe my parents this one, thank you. Just the one, though, don't want to undo all those years of teen angst I put in.