Due to the ongoing pandemic crisis, this year's San Diego Comic-Con will be a gala virtual event called Comic-Con@Home, with a galaxy of Hollywood stars, comic book creators, video game designers, and everything else of a geeky nature under the sun, all in one online experience running July 22-26.

Legendary illustrator Alex Ross (Kingdom Come, Marvels) is gearing up for the event by releasing an all-new Extraordinary X-Men lithograph as part of the digital celebration. This is the first time this remarkable piece has ever been offered as a fine art collectible, and has an exclusive pre-order period available as a Comic-Con@Home exclusive in the Alex Ross Art Web Store starting Tuesday, July 7, at 3 p.m. ET.

"It was always my intention to do a lineup of the X-Men this way — the timeless six, the most important original six members of the X-Men," Ross tells SYFY WIRE. "It has Phoenix in her pre-Dark Phoenix stage, Cyclops, Wolverine, Nightcrawler, Colossus, and Storm. These were the prime members — the cornerstone of when X-Men became the hottest book in comics." 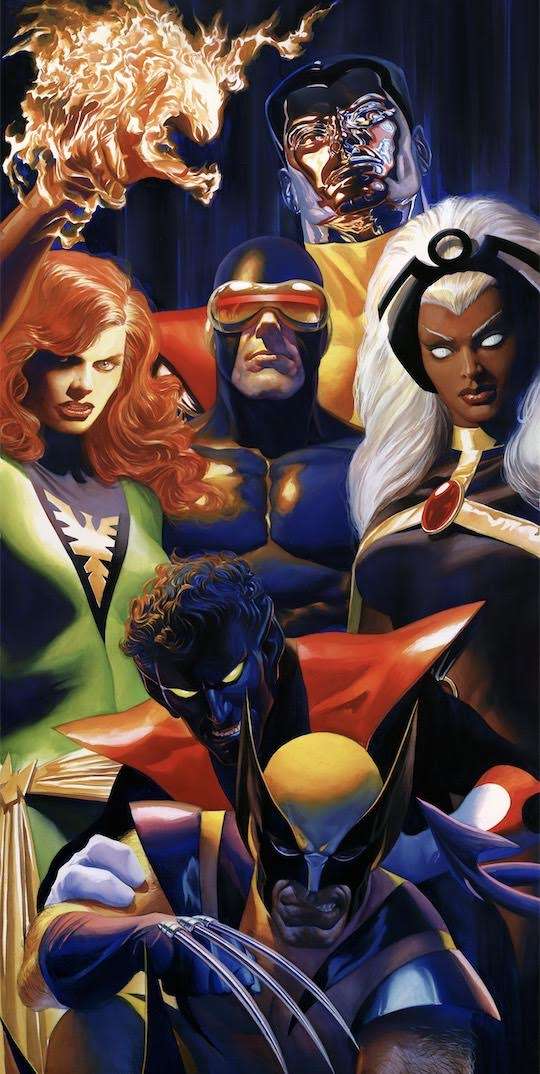 Each individually numbered piece of "Extraordinary X-Men" is hand-signed by Alex Ross and is priced at $325. This dynamic image measures 34"x19" and was reproduced by Alex Ross Art as a fine art offset lithograph composed on premium archival paper in a limited edition of just 100. Includes a Certificate of Authenticity.

Only a small run of this bold X-Men art is available, so anyone interested in signing up is highly encouraged to join the waitlist here.

Ross and his support team will be participating in Comic-Con@Home and presenting a live video premiere with all-new Alex Ross interviews and featuring an hour of fresh, never-before-seen video footage. The program will premiere on their Alex Ross Art channels, and fans can sign up to receive more info as additional details are announced.