Credit: "Pull it Up from the Roots" by Avy Jetter - APB: Artists Against Police Brutality/Rosarium Publishing

We are currently witnessing history. In the past few weeks, every state in the U.S. has staged a formal protest against police brutality and in support of African-Americans and the Black Lives Matter movement. It's a movement that has spread worldwide. But it's a movement that cartoonists and comic book creators have been participating in for years. Sequential art has always been used to express the injustices in the world around us. Graphic novels like MARCH, Puerto Rico Strong, Love Is Love, Amazons, Abolitionists, and Activists: A Graphic History of Women's Fight for Their Rights, and many more have all been used to document history, shine a light on injustice, and promote healing.

In this week's Indie Comics Spotlight, we are taking a look at the importance of sequential art as protest, from the perspective of three black creators whose work speaks directly to much of the pain, anger, and frustration we have witnessed over the past two weeks following the deaths of George Floyd, Ahmaud Arbery, and Breonna Taylor at the hands of police officers.

Bill Campbell, the founder of the indie fantasy and graphic novel company Rosarium Publishing, was stunned the night the Staten Island district attorney's office decided not to prosecute the police who killed Eric Garner in 2014. Furious, Campbell was compelled to create a 200-page anthology: APB: Artists Against Police Brutality. This colossal undertaking features comic shorts, flash fiction, pin-ups, and essays from 68 African American artists, writers, and editors. In its back pages, the book lists the names of the 888 black people killed by police in the U.S. from the date the book was announced, Dec. 14, 2014, until the date it went to publish, Sept. 11, 2015. All of the proceeds from APB: Artists Against Police Brutality go toward the Innocence Project.

Keith Knight, a syndicated cartoonist for the The Washington Post, was actually a contributor to APB. For years he'd been lecturing across the country on police brutality and racial literacy based on his book They Shoot Black People, Don't They? The book was based on a collection of weekly comic strips called The K Chronicles, Knight's hilarious socio-political commentary on everyday life, featuring frank commentary on race relations.

A portion of Knight's other ongoing strip (th)ink was collected into the anthology Make America Hate Again: A (th)ink Anthology, which he released at the end of President Barack Obama's second term. The strips bore witness to much of the vitriol that flooded the media in the run-up to the 2016 election. Knight has garnered an NAACP History Maker honor, and his life and work are currently being adapted into the Hulu comedy Woke, currently in post-production, co-written by Knight.

Kwanza Osajyefo's comic BLACK (published by Black Mask) is also being adapted to the screen. Co-created with writer Tim Smith 3 and artists Khary Randolph and Jamal Igle, BLACK's protagonist is Kareem Jenkins, a black teen living in Brooklyn, New York, who is gunned down by police, only to resurrect with superpowers.

The Kickstarter to bring the comic to life launched in February 2016, just seven months after the death of Sandra Bland in 2015, which saw the highest number of recorded deaths of black people at the hands of the police in U.S. history. Needless to say, the crowdfunding campaign garnered over $30,000 within the first three days after launch, spurred on by the concept: "What if only black people had superpowers?" BLACK #1 sold over 22,000 copies when it hit shelves in comic shops around the country. Osajyefo — co-founder of the H1 imprint under Humanoids, an imprint dedicated to telling stories from diverse creators — is now working on the sequel to the BLACK series, WHITE, which looks at the establishment that is chasing after Kareem.

SYFY WIRE spoke briefly with all three artists, Campbell, Knight, and Osajyefo, in separate conversations to hear their thoughts on the importance of sequential art as protest and what fuels their work. 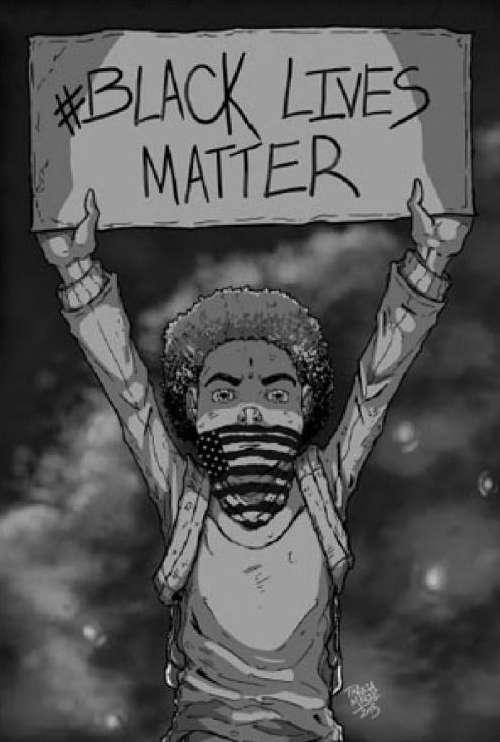 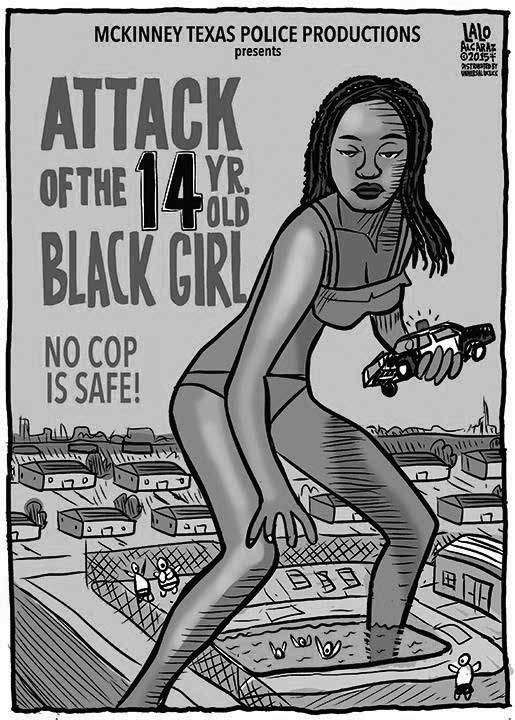 On what it's like going back and looking at their projects on police brutality from years ago ...

Keith Knight: Black people are America's canary in the coal mine. America should be listening a lot more closely than it does to its marginalized populations.

Kwanza Osajyefo: It's bittersweet ... because while these narratives draw from personal places, it's contextualized in a different way than most art. We're deemed political for relaying our stories in a manner no less genuine than any other artist. These are our joy and wounds laid bare for others to connect to if they are willing to.

Bill Campbell: In a lot of ways, I don't know if I've ever left APB. The police kill roughly three people a day. When one of these cases become high-profile, APB, of course, goes to the forefront of my mind. It's depressing in that it takes so much more than some 68 people speaking out in a comics anthology to change anything. It probably takes more than 68 million people. But I will always be proud of what we did, when we did it, when not that many other folks were willing to do a project like this. 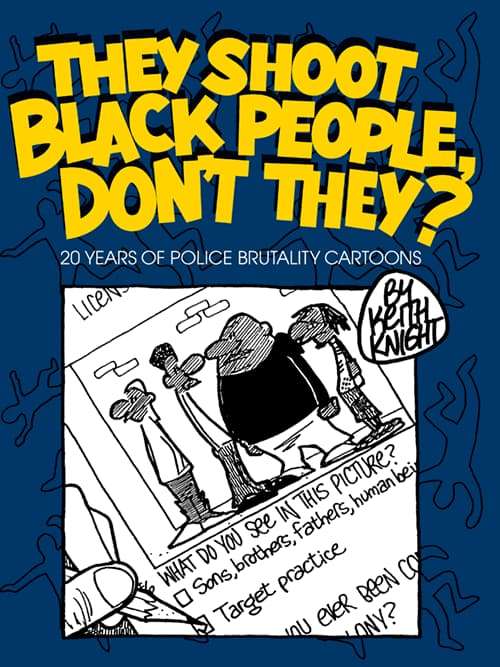 On the role sequential art can play right now ...

Knight: We need to tell our own stories because if we don't, others will tell them for us ... and they'll suck. Comics are the cheapest and most effective ways to tell our stories. I just need a pen and a piece of paper. We need to hear not from the corporate mainstream media, but from the people on the ground. On the front lines.

Campbell: I think it's both. I think of art as testimony. We want to exercise our freedom of speech in honor of all those who have had their voices silenced. People on all sides of any debate need to hear artists sometimes. Those who feel they are alone can gain solace, knowing that others are on their side. They can gain inspiration. Those on the fence can become informed, "enlightened." They can be nudged or forced to choose sides. Those on the opposite side can be pissed. There can be a certain delight in pissing people off.

Osajyefo: To speak truth to power. Now is especially not the time to placate or be anything less than candid about our stories. Watchmen caught everyone sleeping in making the Tulsa Massacre a centerpiece of that narrative. History was crucial to the entire context of following that story, and it never batted an eye in expressing that. That's the way I like to work too. What artist has ever thought about some potential viewer's feelings when laying a brush to paper? You're putting your feelings down, and if they relate to other's feelings that is a bonus.

On whether or not there's a need for more art and stories around police brutality ...

Knight: Hell yes! There are so many more stories to be told. I'd love to hear from good cops who tried to do the right thing, tried to rat out the bad cops but were shunned  ... I know they cannot all speak out because of the blue code of silence. It's pathetic that bad cops are protected by police more than good cops are.

Campbell: Of course! We need more artists, intellectuals, and regular folks doing whatever they can to [make drastic changes]. If not, who knows how many people will be hurt?

Osajyefo: I've always felt that books are the best medium for changing people's minds. The act of reading is solitary and active behavior in receiving new information. No one is yelling at you or judging you, and you can digest it at your own pace.

Highlighting police brutality is so important to have in speculative fiction because of that. But it's still a tough topic to address, because I've personally had people question the reality of our protagonist in BLACK being shot by police. The idea of superpowers is easier for people to imagine than cops murdering black people.

"Truth is stranger than fiction, but it is because Fiction is obliged to stick to possibilities; Truth isn't." – Mark Twain