Harry Styles passing on the role of Prince Eric in the upcoming live-action adaptation of The Little Mermaid has gotten Team FANGRRLS wondering who on earth can fill those seafaring boots. We’ve been tossing options at each other, but no one actor seems better than the next. There’s just so much that goes into being a living embodiment of the '80s-est of Disney princes-est.

So we decided to take a page out of Weird Science: If you can’t cast him, build him. Here’s what we cooked up.

The hair of Keanu Reeves

Disney would be so lucky to get Keanu in one of their live-action movies, and while he doesn’t really age, he is too old to play Halle Bailey’s love interest in the new Little Mermaid. However, Keanu does have the ideal hair for Prince Eric. If you’re gonna give up your voice for a man, make sure it is for a guy whose hair can achieve peak ‘90s floppiness. From the center parting of Jonathan Harker in Dracula to his longer Ted locks, Keanu has the hair fit for Eric. And he still does in 2019. Perfect for running through with your fingers or a dinglehopper. ⁠— Emma Fraser

The dimples of Joseph Gordon-Levitt

Eric has one of the best dimples of the Disney Princes (though the absolute winner is Prince Naveen, who even has a dimple in his chin). Only Gordon-Levitt (already a part of the Disney universe thanks to Treasure Planet) can lend the requisite dimples. Eric’s dimples only really come out when he’s flashing a big grin, and Gordon-Levitt has the same kind of dimple situation: They feel like a reflection of a warm, wry sense of humor. They even signal subtle shifts in mood, which is excellent when you’re a voiceless mermaid trying to seal the deal in three days. Every bit helps! ⁠— Clare McBride 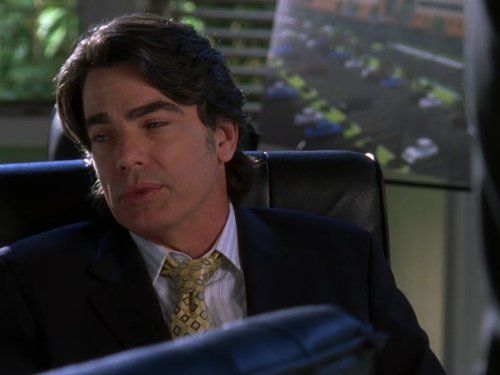 The eyebrows of Sandy Cohen

Weak, puny land men showcase their power with muscles. Glistening abs? UGH. WE GET IT. True vigor is shown by being so manly yet sensitive that you carry two caterpillar best friends on your face, and that is what Peter Gallagher does at all times but most especially as Sandy Cohen from The OC. Sandy Cohen brings to the table what we could only hope the best Disney Prince could be — kind, gentle, giving, quick to adopt hot teens who punch other hot teens, and above all else, HIRSUTE OF BROW. Give the people what they want, and what the people want is the brows, the best brows, THE BIGGEST BROWS. ⁠— Courtney Enlow

The forearms of a certain sailor man

Eric isn't just a handsome prince, he's also an excellent sailor. Ariel starts crushing on him mad hard because she watches his pretty face leap off a ship to save a drowning man. Hot and capable? Eric has an all-American '80s jock (but, like, a cool jock who rows crew instead of a jerk jock on the football team) vibe, hence his strong, caring forearms. You need arms like that to make "Kiss the Girl" work; nobody's smooth when they're struggling with oars. Honestly, this role should be blind-cast based entirely on forearm strength. ⁠— Clare McBride

So let’s take all of those ingredients and stuff ‘em into the Transmogrifier and… oh!

... well, if you know anybody that looks like a jacked young Kyle MacLachlan, have your people call our people.

All Posts About
Fangrrls
Movies
The Little Mermaid
Related Stories

Romance, horror, and fairy tale portrayals of mermaids in genre, from Disney to The Lighthouse