First up in this latest edition of the WIRE Buzz, for a town in which horrible things constantly seem to happen for decades, Castle Rock sure does draw in a lot of newcomers. Hulu has confirmed that Lizzy Caplan will lead the cockadoodie second season of the horror series inspired by the literary world of Stephen King.

Following in the vein of American Horror Story, Castle Rock will tell a new story with new characters each season. This time around, the series will focus on a growing feud between warring clans when a budding psychopath Annie Wilkes (Caplan) gets waylaid in Castle Rock.

Hedlund plays John “Ace” Merrill, Castle Rock’s notorious bully (previously portrayed by Kiefer Sutherland in the Rob Reiner film Stand by Me). Ace is taking over his uncle Pop’s businesses and threatening a fragile peace with nearby Jerusalem’s Lot.

Rounding out the cast are Warsam as Dr. Nadia Omar, a Harvard-trained Somali medical director of a rural hospital in Jerusalem’s Lot; Abdi as Nadia’s older brother, Abdi Omar; and Alan as Pop’s nephew and Ace’s brother, Chris Merrill.

Up next, it’s time to get our Cage Rage on. Highland Film Group has announced that National Treasure Nicolas Cage (Spider-Man: Into the Spider-Verse) will star in writer-director Dimitri Logothetis’ sci-fi martial arts action film Jiu Jitsu.

Based on Logothetis and Jim McGrath’s comic book, Jiu Jitsu centers on an ancient order of Jiu Jitsu fighters having to face an alien invader to defend Earth. When master Jiu Jitsu fighter Jake Barnes (Alain Moussi) refuses to fight the invaders’ leader Brax, the future of humanity hangs in the balance. Jake loses his memory and is captured by a military squad unequipped to fight the merciless intruders who have descended upon the planet.

After an alien attack on the military squad, Jake is rescued by Wylie (Cage) and a team of fellow Jiu Jitsu fighters who must help him recover his memory and regain his strength to defeat Brax in an epic battle.

“After we successfully reintroduced the Kickboxer franchise to a new generation of martial arts fans with the sixth and seventh entries in the series, we set out to up the ante with a sci-fi martial arts franchise that could bring the same kind of intensity and longevity to a new arena,” said Logothetis in a statement. “Jiu Jitsu is guaranteed to satisfy the millions of martial arts and science fiction lovers across the globe with world-class martial artists, stunt men go-to expert Alain Moussi joining superstar Nicolas Cage for some formidable, no-holds-barred fight sequences set in exotic Burma.” 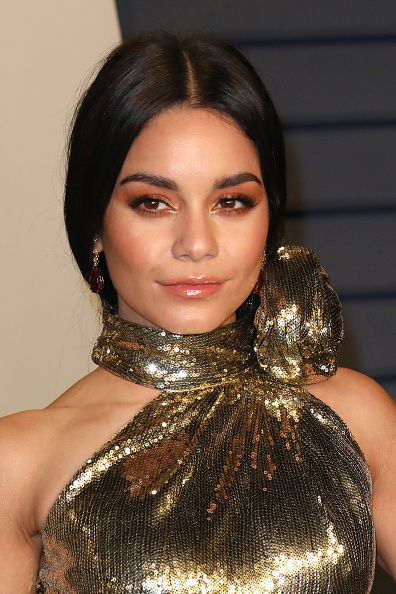 And finally, Deadline has revealed that Vanessa Hudgens (High School Musical) will star in Netflix’s The Knight Before Christmas. She will also executive-produce.

The film follows a gallant English knight who falls for a romantically disillusioned high school science teacher after a sorceress sends him from the medieval era to the present day. Monika Mitchell is directing a script by Cara Russell. Josh Whitehouse will also star.

Production begins in Ontario next month.