Free Comic Book Day has already passed us by, but that doesn't mean we'll stop giving you updates on all the news coming out of the comic book industry. In today's comics roundup, we discuss Avengers: Endgame, a major comic publishing merger, and the late, great Stan Lee. Get ready, because this one's definitely a doozy!

Avengers: Endgame has come full circle by appearing in the comics, today's Spider-Man/Deadpool #50, to be exact; this is also the final issue in their ongoing series.

Written by Robbie Thompson and drawn by Matt Horak and Jim Towe, the issue opens with Spidey and Deadpool in the real world, our world. "The fourth wall is gone!" Wade exclaims as he hugs the wall-crawler. Along with our titular heroes are Captain America, Squirrel Girl, and the Fantastic Four.

It is Steve Rogers who moves everyone's attention to a billboard advertising Avengers: Endgame, asking, "What in all of creation is that about?" Wade, never one to miss an opportunity to crack wise, replies with: "You guys changed the Avengers catchphrase after I got booted? Has the safe word changed, too?" 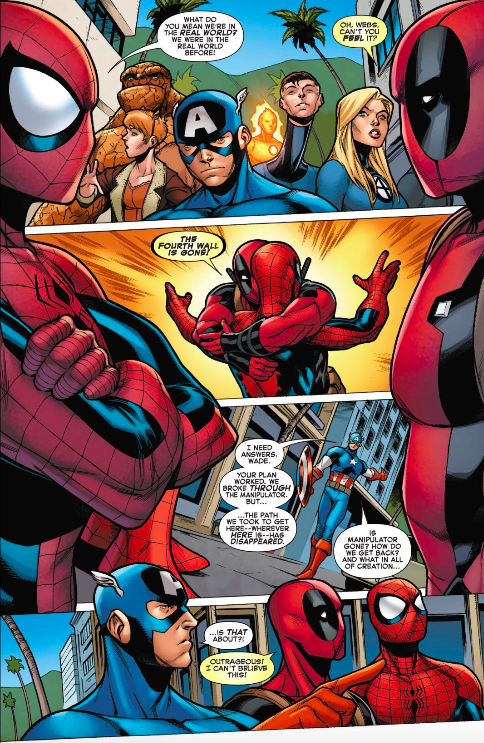 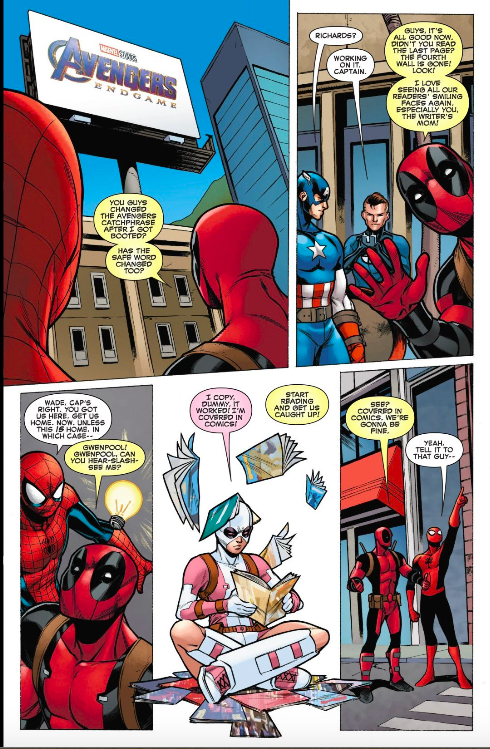 Approaching its third weekend in theaters, Endgame has already amassed more than $2 billion at the global box office and is now the second-highest-grossing movie of all time. It could soon overtake James Cameron's first Avatar and become the top-grossing film in history.

Lion Forge and Oni Press announced today that they would be merging into one company. This news was first confirmed by The New York Times, which ran a story earlier today about smaller publishers adapting in a growing comic book industry.

"The move, the companies say, will strengthen their library of original comics and graphic novels and help them to leverage their characters on other media platforms, including animation and film," reads the original report. 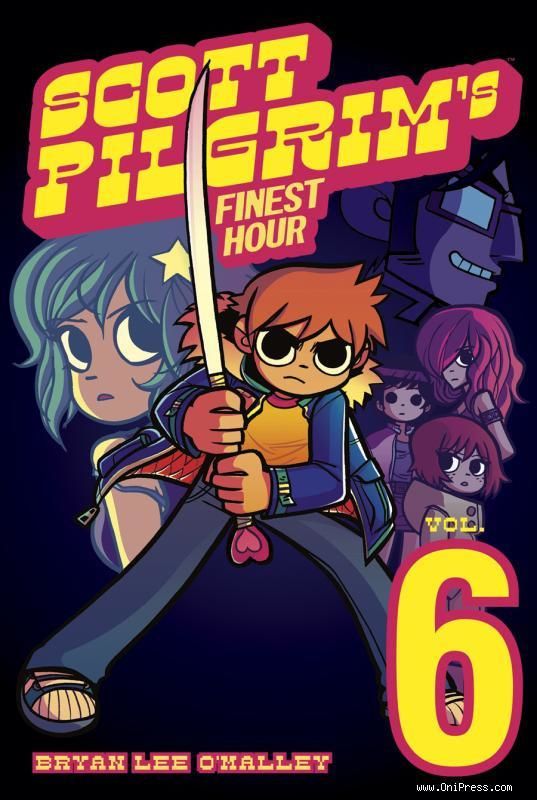 Oni Press is known for titles like Bryan Lee O'Malley's Scott Pilgrim graphic novels, as well as the comics based on Adult Swim's hit animated series Rick and Morty. Lion Forge, on the other hand, has published books based on Voltron and the Care Bears.

“There’s a lot of alignment, and we were going down the same path,” Lion Forge co-founder David Steward II told the NYT. Rather than compete, together they can have a “bigger, stronger, singular strategy."

Stan Lee may be gone, but his legacy lives on in a laundry list of ways. For example, did you know that the legendary Marvel creator now has his own brand of coffee?

You can pick up a bag of the special blend here for $30 a pop. If you order five or more, you'll receive 20 percent; all orders will ship May 29.

Lee made an appearance in Avengers: Endgame as his younger self, yelling, "Make love, not war!" at a S.H.I.E.L.D./military installation circa 1970. According to co-director Joe Russo, this is probably his last MCU cameo ever, as he may have been too ill to appear in this summer's Spider-Man: Far From Home. We'll find out July 2.