One of the Big Two publishers is getting into the unlimited reading game in a big way, a legendary creator needs your help, and a major new writer joins a beloved franchise in today's comic book roundup.

First up, in answered prayers news, DC Comics has finally offered readers an affordable, all-you-can-read option for fans who want to dig into digital back issues without breaking the bank. The publisher announced via a report on io9 Tuesday that they have joined Comixology Unlimited, the digital subscription service that Comixology launched a few years back with smaller publishers that has since continued to grow. Numerous titles from throughout DC's history, including Vertigo imprint books, are now available through the service at no added cost, adding a tremendous value to an Unlimited subscription.

Marvel Comics (which also offers select titles through Comixology Unlimited) has long had its own subscription reading option, Marvel Unlimited, and comics fans have been eager for DC to come up with something that would match it. That demand was answered in part by DC Universe, the company's new streaming service, but the titles there are curated in part to match the streaming television available through the app, and the video options at the forefront of the service make it significantly more expensive than a service that might offer comics alone. Now that DC has joined Comixology Unlimited (as well as Kindle Unlimited and Prime Reading), fans will have many more back-issue options, and new readers will get a wider selection.

The comics community is banding together to help one of its own, and you can pitch in too. An Indiegogo campaign was recently launched for The Unforgotten, a 36-page comics anthology to benefit legendary creator William Messner-Loebs. A prolific creator known for acclaimed runs on The Flash, Wonder Woman, and more, Messner-Loebs has recently fallen on hard times, and he and his wife are now homeless. Through The Unforgotten, a group of creators including Michael Marcus, Tom Orzechowski, Bill Bryan, Marco Evans, and many more are hoping to raise enough money to help Messner-Loebs and his wife Nadine into a new home.

The initial fundraising effort is aimed at a print run of 500 copies, with all the profits going to the Messner-Loebs family. The more the group is able to print, the higher the potential profits, so give what you can to help a great creator. You can snag a digital copy of The Unforgotten for just $3. Check out Bryan's cover draft for the anthology below. 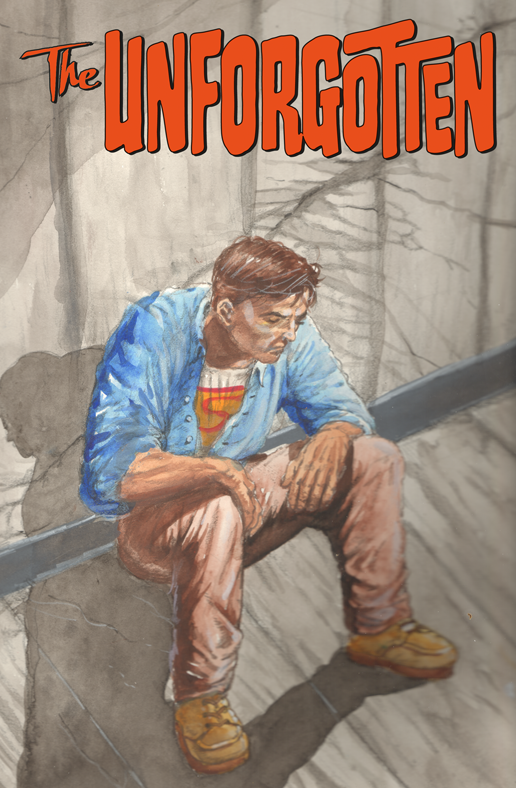 The Robotech comic book series over at Titan just got a little more creative juice. The publisher announced Tuesday that acclaimed writer Brenden Fletcher (Power Rangers, Motor Crush) is joining the team of Simon Furman and Hendry Prasetya for a new storyline titled "Event Horizon," which will kick off with the Robotech Free Comic Book Day issue this May.

“I'm a huge fan of Brenden's work and know he is a huge, longtime fan of Robotech,” said Robotech editor, Martin Eden, in a press release. “We've already had several calls about upcoming issues and his enthusiasm is amazing! Watch this space – our Robotech comic is heading for some exciting changes!”