The Mouse House has tapped Love and Monsters writer Brian Duffield to adapt the story for film, according to The Hollywood Reporter. The first book in Turner's The Queen's Thief young adult series, The Thief introduces a precocious purloiner known as Eugenides (or just "Gen"), a boy who claims to be able to "steal anything." 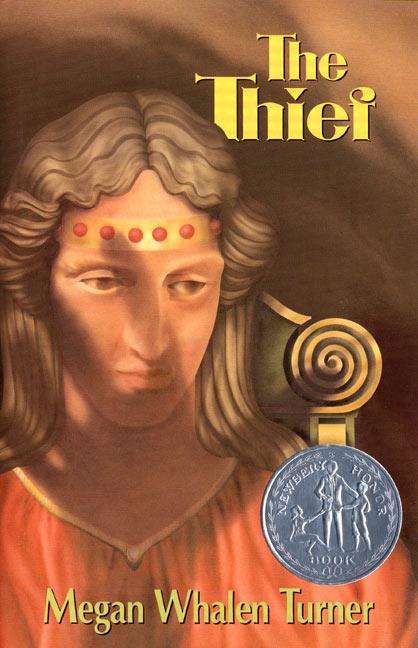 That kind of braggadocio eventually ends up landing Gen in a king's prison — until the king's own magus scholar realizes he needs Gen's unique pilfering skills to help steal a valuable treasure from a far-away land. Gen agrees to the tough royal task…all while secretly keeping his real agenda to himself.

The Thief debuted in 1996, launching a six-book series whose final novel — Return of the Thief — debuted this year. There's no early word on casting or a release date, but The Thief movie adaptation will reportedly be produced by Disney's Jim Whitaker (Pete's Dragon).

Matthew Rhys (The Americans, Perry Mason) is reportedly doffing his Emmy-winning sleuthing hat, and jumping on board a developing detective drama at FX that's set to bring Dark Horse's Wyrd comics to the small screen.

Deadline reports that Rhys will star in Wyrd, a serial collaboration between FX Productions, 20th Television, Vendetta Productions, and Up in the Air's Sheldon Turner (who's also writing). Rhys and spouse Keri Russell (who also costarred in The Americans) reportedly will help executive produce the series with Dark Horse; with Turner and Jennifer Klein executive producing via Vendetta.

Debuting in 2019 as a 4-issue limited run, Wyrd has been billed as a "James Bond meets The X-Files" series that follows mercenary detective Pitor Wyrd — a P.I. who never ages and appears to be invincible to ordinary dangers. Created by Curt Pires and Antonio Fuso, the Wyrd series puts its hero at the center of all those hard-to-handle cases that are simply just too out there for an average gumshoe to handle.

"There are problems, cases, too strange for U.S. law enforcement to solve," Dark Horse's comics description teases. "Pitor Wyrd is the one who solves them — for a fee, of course. An unaging, invincible detective with a penchant for the strange, Wyrd is the one the government calls when things go very badly and very strange."

FX so far hasn't revealed additional casting information or a debut date, so stay tuned for the next ... wyrd ... on when Wyrd will start getting weird and staking out those supernaturally stealthy marks on the small screen.

Skydance Animation's Luck and Spellbound, the first pair of animated features to stem from the company's fledgling big-screen deal with Paramount, are reportedly heading to the small screen for possible premieres at Apple TV+.

THR reports that Apple is biting on talks to acquire streaming rights to both films, while noting that the reported deal would allow Skydance founder David Ellison "to move the movies at his discretion." Deadline also reports that the potential deal would shift the highly-anticipated animated projects away from the big screen for their first-run premieres, while still leaving open a window for a possible run in theaters to qualify for awards season.

Originally slated to debut in theaters on Feb. 18 of 2022, Luck follows the tale of a very un-lucky girl "who stumbles upon the never-before-seen world of good and bad luck and must join with magical creatures to uncover a force more powerful than even luck itself," according to Skydance's description. Spellbound, meanwhile, was slated for a Nov. 11, 2022 date with theaters, casting a musical fantasy "set in a world of magic where a young girl must break the spell that has split her kingdom in two."

None of the companies involved have offered a reason for the move, though THR cites unnamed sources in speculating that Skydance "is beginning to pursue a larger strategy of making movies for streamers." We'll keep an eye out for more news from Apple on when both films could sprout at its premium platform.