Doctor Who is keeping it in the family.

Sadie Miller, the actress daughter of the late Elizabeth Sladen, is boarding the TARDIS in the role her mother made famous on the iconic BBC sci-fi series — that of intrepid investigative reporter Sarah Jane Smith — in Big Finish's highly anticipated audio drama Doctor Who: Return of the Cybermen.

It's Miller time! READ MORE about the new Sarah and Harry in #DoctorWho: Return of the Cybermen: https://t.co/vNbp9RZZSv pic.twitter.com/TLM1VAfsCZ

Miller will join Tom Baker, who's reprising his role as the Fourth Doctor, along with Christopher Naylor in the part of Harry Sullivan. Ian Marter played the latter sidekick in Season 12 of Baker's stint as Doctor Who back in the mid-'70s, and both Sarah Jane Smith and Sullivan were some of the time-traveling hero's longest-serving travel companions.

"How do you recast Sarah Jane Smith? Would you even want to? Those were the questions that bothered us -- we love the character. We loved Lis Sladen," said senior producer David Richardson, via Big Finish. "We worried it might be too soon and too difficult to go there. But then we realized that part of Lis lives on in Sadie Miller, and Sadie has beautifully brought that to the role of Sarah -- we all approached this carefully, and respectfully, and with love and I couldn’t be happier with Sadie’s performance. She’s done her mum proud."

The audio adventure is being adapted from an unmade 1974 script that was rewritten and aired with the thesp in 1975 as "Revenge of the Cybermen."

Doctor Who: Return of the Cybermen is now available for pre-order and is scheduled for release in January 2021 as part of the U.K. publisher's Doctor Who – The Lost Stories series of full-cast audio dramas. 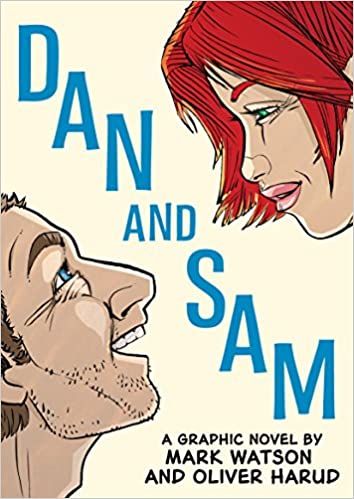 Universal is planning a big screen adaptation of Mark Watson and Oliver Harud's acclaimed graphic novel, Dan and Sam, about a supernatural romance between a widowed husband and his ghostly wife.

According to The Hollywood Reporter, the studio has signed up Japanese helmer Hikari to direct the film, which will be penned by Molly Smith Metzler, whose writing credits include Shameless and Orange Is the New Black.

Dan and Sam tells the bittersweet tale of a happily married couple who own a popular London restaurant and have everything going for them until a tragic accident strikes and Sam dies in Dan's arms. Dan can't imagine life without her, and he gets his wish when Sam returns to him a ghost for one night of the year every year — an arrangement that will last until he falls in love again. But will he?

Hikari is best known for her 2019 debut drama 37 Seconds, which had its world premiere at the Berlin Film Festival and is expected to be released by Netflix earlier this year.

It's safe to say Kick-Ass would have been a much different movie if director Matthew Vaughn got his original casting wish for Big Daddy.

Of course, as everyone knows, it was a mustachioed Nicholas Cage who played the character on the big screen. An ex-cop, Big Daddy trains his 11-year-old daughter (Chloe Grace Moretz) to be the crimefighting vigilante Hit-Girl, and the two befriend teenager Dave Lizewski (Aaron Taylor-Johnson), a wannabe superhero who's dubbed himself "Kick-Ass." Together, the trio try to take down mob boss Frank D'Amico with some pretty murderous consequences.

But in a sit-down with The Hollywood Reporter, Vaughn just revealed that he originally almost nabbed Brad Pitt in what we can only imagine would have been a more muscular take on the role, after the latter came aboard as a producer to help secure the financing. But that ship ended up sailing when Quentin Tarantino cast the Oscar winner in 2009's Inglourious Basterds.

Enter Cage, who put his own quirky spin on the part, and who, according to the filmmaker, was the right choice in the end.

"I knew Nic loved comic books and superheroes, and this script was a love letter to superheroes," Vaughn told the trade. "The film imagines what it would be like if the ultimate fanboy suddenly decided to play superhero, and some people mistakenly felt we were attacking the genre, but I knew Nic would buy in."

Perhaps Pitt will get another chance to tap his inner superhero in a future Marvel movie.