Exclusive: The wild west is a mystical place in indie comic anthology The Dark Gun

Looking for a comic with some real gusto in storytelling? Maybe draw down on the independent comic book called The Dark Gun, a six-issue anthology that covers the time frame between 1876 and 2016 and tells the story of an antique gun and its owners through time.

Each installment is self-contained, with a very small bridge that connects each subsequent issue. The hook is that the gun may have some mystical or supernatural influence on the person wielding it. The Dark Gun is co-created by writer Matt Durand and artist Taylan Kurtulus, and SYFY WIRE has the exclusive preview of Issue #2. 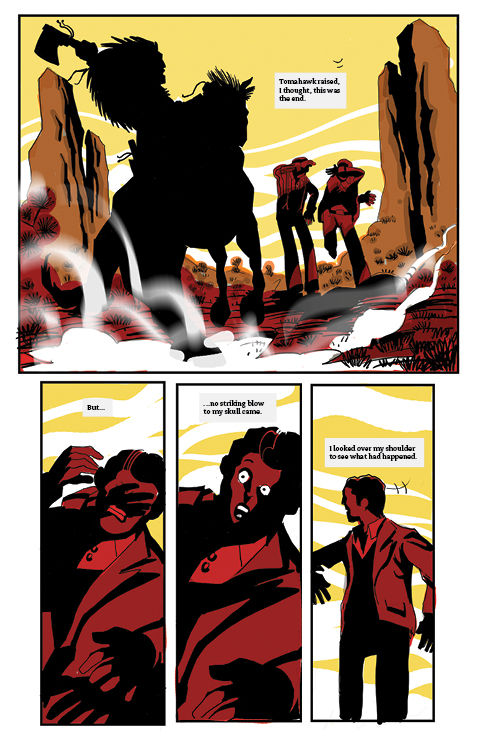 Since it's a story about a mystical revolver, what better place for the first story than the early American western frontier? That's not the average starting place for a supernatural story, but Durand told SYFY WIRE why it was logical to him: "Whenever I imagine the early West I think of a certain isolation and loneliness. Often, the people exploring the lands were in unfamiliar terrain, exposed, and had minimal amounts of light. To me that is the perfect recipe for human fears to come to the surface."

"Where your mind can play tricks on you and may question what you see or experience in the unknown. It makes you question whether something that is happening to you is of your own mind or is a supernatural occurrence." 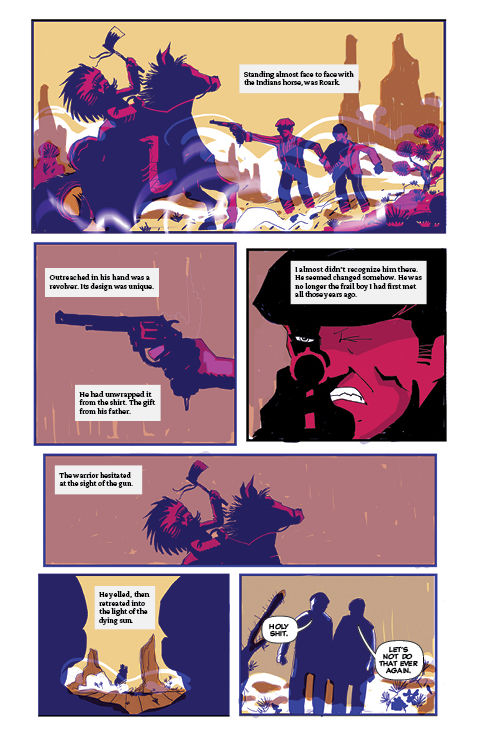 Now, if the premise sounds familiar, one could look to the 1998 indie film The Red Violin, about an impeccably crafted violin that survived three centuries and many owners, who each have remarkable experiences with the antique instrument. Like that film, the stories in The Dark Gun vary with each owner, each place, each era, and how the gun is used.

"It largely stays in America," Durand teases, "with a brief detour to France during World War I. The first two issues of the story follow one family line set primarily in the western frontier. After that, the gun passes to different people in a variety of ways in a variety of different situations."

"While the story begins as a western, the genres evolve with the time frames featured in each issue. To wrap things up, the last issue of the book is broken up into two parts that explores how the gun came into existence and then flashes forward to see what a world with guns would be like a few hundred years into the future." 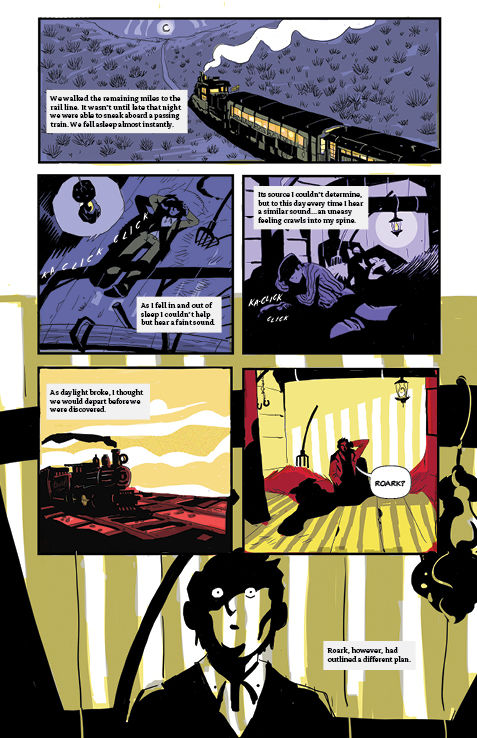 "They can be glamorized and they can be vilified," said Durand. "I wanted see how different people might react differently when a gun comes into their life. Each issue of the book tries to explore a different theme. This ranges from things like murder and guilt to what the symbol of a gun represents and the fears that consume both gun owners and non-gun-owners alike."

"It also looks at the role a gun plays in someone's survival and the toll that may take on them. The Dark Gun in this case serves as a way to exaggerate those reactions from people and forces the questions of what is inherent in human nature versus what an object emboldens you to do." 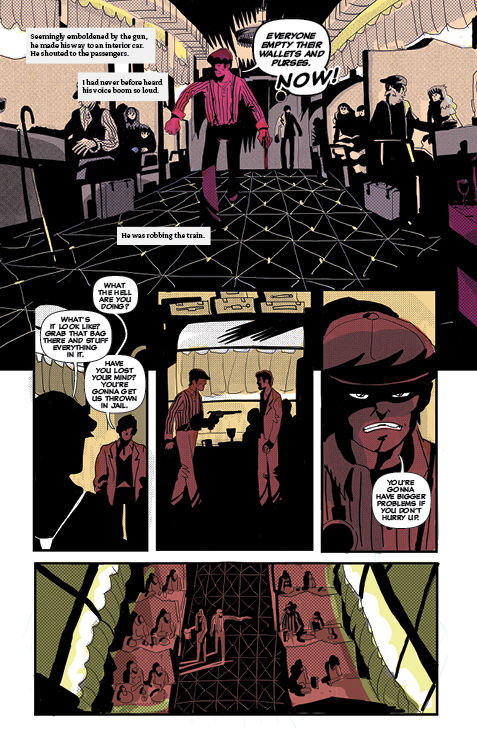 So much of that is conveyed in Kurtulus' artwork. Heavily influenced by Tim Sale, Mike Mignola, and Frank Miller, Kurtulus' dynamic art and lavish color palette will bring you back to re-read each issue multiple times.

"Taylan's artwork captured this tone and vibe brilliantly," Durand said of his collaborator. "The shadow compositions are dark and moody. The line work has a rough-and-tumble edge perfect for the settings of each story." Just take a look the preview pages for proof of that.

How to get the book is a little tricky right now. Each issue starts has a Kickstarter campaign for early digital delivery and printed copies. Right now, The Dark Gun #2 Kickstarter can be found here and will end March 7. After each campaign closes, the issues will eventually land digitally on Comixology, as well as on Durand's website at a later date. The Dark Gun #1, which was successfully funded last year, is currently available on Comixology.

Should Durand and Kurtulus successfully fund six issues, a printed collection is likely at a future publisher, but given the current schedule, it's not likely to happen until 2020. Check out our full six-page preview below and then consider supporting The Dark Gun on Kickstarter or on Comixology.