Teen sleepovers are one of the first places in which horror as entertainment is encountered. There is a comfort and a thrill in watching as a group, even if you spend most of the movie hiding behind your pillow or peeking through your fingertips. Scary movies offer a visceral experience, but before Freddy, Jason, and Michael made an impression on me, young adult horror novels introduced a thrilling and terrifying world that made high school seem a little less frightening in comparison. Sure, there was plenty to worry about, but murder was thankfully not on that list.

The Point Horror series was launched by Scholastic in 1991, which also included titles written by R.L. Stine, Richie Tankersley Cusick, and Diane Hoh that pre-dated this official banner name. For those who read Goosebumps but wanted something racier, Point Horror was for you. With vague titles including The Babysitter, Beach House, Silent Witness, The Train, and The Boy Next Door, your mind could run wild before you had even read the first page. Sometimes the occasional supernatural event would occur — like a dead girl who wants to trade lives with someone living (The Accident) or something as out there as a time warp that allows a killer to strike in two different decades (Beach House). Prom Dress, meanwhile, offered a sinister twist on Sisterhood of the Traveling Pants; instead of jeans that look great on everyone, this fancy frock had deadly intentions.

Another underlying theme running throughout this series (as well as scary YA in general) is the fact that dating is an emotional horror show — but in the context of these stories, it often leads to pain that can be deadly, too. Adolescence is already stacked with nightmarish scenarios, but most teens won’t have to deal with a boyfriend returning from the grave or a dead girl wanting to play body swap. Crank calls, creepy houses, and terrible guys inhabit the world of these novels, novels that I couldn’t get enough of when I was 13. Even if the narrative structure was similar, these stories were gripping and thankfully far more terrifying than anything I would experience. Even with the dip into the occasional ghost or vampire encounter, a lot of these stories still found time to focus on regular teen jobs, after-school activities, and dating dilemmas. 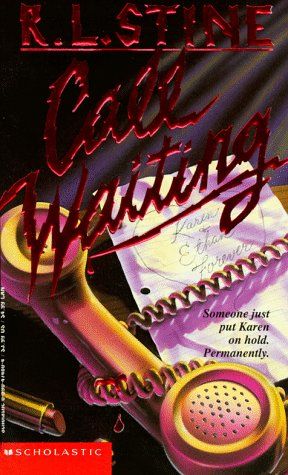 Considering how much time I spent reading this series, nostalgia dictates a lot of my feelings toward these books. But like anything you revisit, the passage of time is not always been kind. Teen Creeps is a very funny podcast that looks back on many prolific YA horror authors and series. Hosts Kelly Nugent and Lindsay Katai certainly have plenty of material to riff on — including the cheesy cover taglines (see the above cover for a perfect example of this).

Teen Creeps kicked off with Christopher Pike's first YA novel Slumber Party. Pike is typically more adult in tone than the Point Horror series, and Die Softly features a lot of cocaine and sex references while telling the story of a classic high school perv named Herb who puts his photography skills to creepy use. In a Rear Window-esque moment, he happens to capture what looks like a murder on his homemade timer set-up. Coincidentally, the killer (spoiler alert) is a cheerleader called Alexa who would’ve gotten away with it if it hadn’t been for Herb and his camera, although he captures her on film after she has drugged and stabbed him to death.

Unlike a movie, which a parent can see as soon as they walk in the room, there is something secretive about this genre of books. Even with titles like Die Softly and blood-splattered cover designs, the gory details and references to sex are often hidden in the pages themselves.

As with Point Horror and Christopher Pike, these books take something familiar (a crush, or lengthy illness) and add an element of fantasy. Real-life is scary, but these stories take it to the next level. 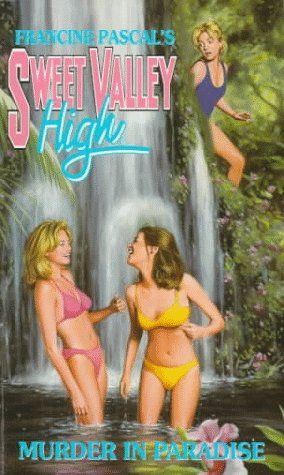 Other established teen and tween series dipped their toe in the horror waters, including the Sweet Valley High thriller collection that included titles such as Deadly Summer, Murder in Paradise, and A Stranger in the House, covering pretty much every scary movie and urban legend trope throughout its publication run. Even The Baby-Sitters Club churned out some creepy tales in the Mysteries spin-off series. In Mary Anne and the Secret in the Attic, “Mary Anne wants to learn about her mother, who died when Mary Anne was a baby, so she goes into the attic and searches through her father's box of photos and papers. There she finds a deep secret.” Never look in the attic, Mary Anne.

There is comfort in the familiar, so the pulpy nature of Point Horror or Christopher Pike is a security blanket made up both of murder and of making out. There are, of course, plenty of horror books for teens to read that came before this period (see: Stephen King and Shirley Jackson) and the current YA market place is crowded with exciting titles — but while they may not have necessarily aged well in content, the '80s and '90s were prime years for teen horror, both on-screen and on the page.

All Posts About
Fangrrls
Back to Cool
Christopher Pike
R.L. Stine
ScreamGRRLS
books
You May Also Like
Recommended by Zergnet
Latest on SYFY WIRE