Welcome to Read This Fanfiction. Once a digest, now a deep dive into the world of fan-created written works. Join us twice a month as we examine authors, platforms, trends, scandals, and more from every corner of the fanfiction universe.

"It's fine for creators to not like fanfic, but to punish fans for daring to write it is wrong."

The Brat Queen, as she was known in the early days of the internet, helped build the archive and website dedicated to Anne Rice and her works on Usenet and then GeoCities. The site also hosted some of the early internet fanfiction based on Rice's novels, mostly of a speculative sort, wondering what would happen in the next books.

Today, Rice has been outspoken in her distaste for fanfiction, in the same vein as George R.R. Martin and Diana Gabaldon. However, back when TBQ was a fan running the archive, it seemed to be quite the opposite.

"The publisher linked to the archive from their Anne Rice website and I was given news and things like advance copies of books for review purposes. They knew we existed and were happy to work with us," TBQ tells SYFY WIRE. "Likewise we were deeply respectful of how at no time should we come off in any way as though we were trying to profit from fanfic. We were rabid about putting disclaimers on everything."

Everything was great for a while; TBQ even won a contest run by Salon to write a fairy tale in Rice's style, earning her a tour and stay at one of her New Orleans' homes. To say she was a major fan and a large presence in the Anne Rice fandom would be no understatement. That's why it came as quite a shock when she was the first to receive a cease and desist from Rice's lawyers.

She was to stop all fanfiction activity immediately. Or they were going to sue.

Can authors, producers, actors, and such sue fanfiction writers? Today, it's considered fair use. Not that TBQ and her fellow fans could have known that at the time.

"The legality of fanfiction isn’t very controversial. As a matter of copyright and trademark law, the sort of noncommercial, transformative works that fans make tend to fit quite well into the definitions of non-infringing fair use," says Betsy Rosenblatt, a law professor teaching intellectual property law at U.C. Davis School of Law. She also serves as the legal chair of the Organization for Transformative Works.

It's a volunteer position that involves working with a team of lawyers and law professors all around the world who advocate for fans and fan-friendly laws. She also helps educate and answer fans' questions about their rights and the law — exactly the sort of person TBQ probably would have wanted to know.

"Educating people about that — helping them understand why intellectual property law doesn’t stand in the way of what they want to do — is part of our work." She adds that their focus is on noncommercial fanworks mostly, as commercial fanworks have a different set of rules.

There oftentimes happen to be rules online, especially when it comes to larger properties. With the rise in fanworks of all sorts, many content owners have been proactive in providing guidelines.

"Hasbro and Star Trek have guidelines on the internet that set forth what fans can do without worrying about being sued," Heidi Tandy, an intellectual property attorney as well as a member of the OTW legal committee, explains. "While those guidelines are often more restrictive than what would be permitted under U.S. Fair Use laws, they're a good anxiety-reducer for fans who want to be able to crowdfund a project."

Tandy echoes Rosenblatt's statement that fanfiction is more or less legal as long as it's non-commercial, though while there are different hoops to jump through, commercial fanfiction is out there in more places than you think, and frequently legal, too.

"Noncommercially distributed fanfic is seen as legal in the United States as long as it's a transformative work. Commercial fanfic is legal everywhere that the source-work is in the public domain — that's why we have Shakespeare in Love, Something Rotten, West Side Story and most of the Disney movies, including The Lion King, which is Hamlet fanfic, and about seven different variations of Little Women in this decade alone," Tandy says.

Credit: The Organization of Transformative Works

Protecting Yourself and Your Fanworks

"If you're worried about getting a cease & desist letter from someone claiming your noncommercial fanfic, fan film, cosplay or fanart is infringing on their work, the OTW's legal committee is available to answer questions, although we can't give legal advice," Tandy explains, adding that the OTW had connections with programs at law schools around the country, as well as clinics, who can often help fans when there's a need.

One question they get often at the OTW is whether they, a fanfiction author, actually have a copyright to their work. Short answer: yes.

"Fans own copyright in their own original contributions to a fanwork — they don’t own anything about the underlying work it’s based on, but they do own what they have made," Rosenblatt says. "The Digital Millennium Copyright Act (DMCA) allows copyright owners, including fan-authors, to request that something be taken down if it infringes copyright." 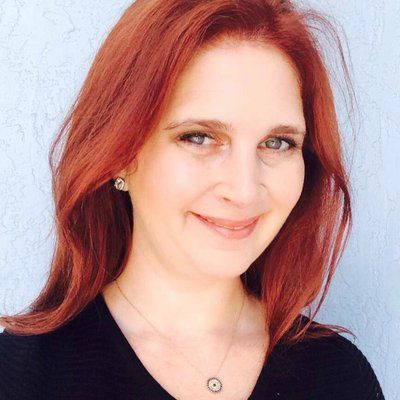 "If you wrote a story and someone uploads it to Amazon without your permission, even if they change the names, they're infringing on your copyright," Tandy adds. "Fanfic writers and fan artists can register their works with the U.S. Copyright Office, or their nation's copyright office. While the rules of registering bundles of works have changed in the last year, it's still possible to register a collection of stories, or a collection of art, every 10-11 weeks, especially if you're worried that someone may use your art on print on demand content without your permission."

However, when authors or any other fan creative gets a DMCA takedown notice, Rosenblatt suggests that they not panic. "In those situations, fan-authors can protect themselves by submitting what is called a 'counter-notification,'" she says, explaining that their work is fair use and asking that their work be put back up because it should not have been taken down."

A substantially transformative work is considered legal, but socially acceptable is another story.

Once labeled "don't like, don't read" in the heyday of LiveJournal, many people now don't seem to heed warnings, even when properly tagged and sorted. There have been numerous incidents in multiple fandoms of people shaming fic authors about writing about certain subjects, incorrectly claiming that they're illegal.

"Different places have different laws about what subjects are legally acceptable to include in a work of publicly available fiction," Rosenblatt says. "These laws may differ from what people find acceptable: different people have very divergent views about what is acceptable to encounter, whether legal or otherwise."

"The OTW’s Archive of Our Own maintains a policy of 'maximum inclusiveness,' which allows people to post what they feel is appropriate, and uses a system of labels and warnings so that users can avoid material that they wish to avoid, whether for legal or personal purposes," Rosenblatt says. "However, the Archive does not permit posting or linking to child pornography (photos of real children), which is illegal as a matter of U.S. law."

In short: Don't like, don't read. It's not illegal.

What happens to a fandom when C&Ds head out or there's a major disconnect between the creators of the property and their fans? It isn't often pretty. Fandoms fall apart, there's in-fighting, harassment, and more.

"Because we hosted everything we also had the power to shut everything down," she says. "We consulted with other fans, not just people in our inner circle, and it was decided to react to the C&D by collectively taking everything down. Essentially malicious compliance: Anne didn't want this part of the online fandom, so now she wasn't going to have an online fandom."

The single website about any fandom associated with Anne Rice remained online for a time, but only with a note explaining where all the information and fanfiction had gone, plus a few choice words from creators in other fandoms who supported those who wrote fanfiction.

But TBQ and her fellow fans didn't exactly stop writing fic either; they just went underground, creating hidden, protected sites to store the fics and talk about them. Nothing illegal about that.

It's a fan thing
Join SYFY Insider to get access to exclusive videos and interviews, breaking news, sweepstakes, and more!
Sign Up for Free
All Posts About
Comics
Features
Games
Movies
TV
Read This Fanfiction
fanfiction
Related Stories

When fanfiction gets so popular, it spurs its own fandom (and babies)

Get an exclusive sneak peek at 'Hogwarts Legacy'