Welcome back to Important Toy News, the SYFY WIRE column that busts out the best of toy culture and its happenings over the past week.

Join me, your humble crazy toy-obsessed collector, as I lead you on an incredible journey through a new world of toys and action figures you didn't know you needed. We have a lot to cover this week, so let's jump right back into that toy bin starting off in E3 style with some awesome new video game-related items. 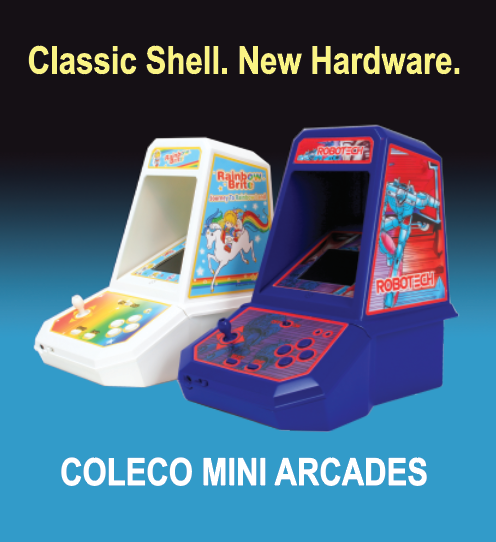 Let's start by taking a look at the Coleco Evolved Mini Arcades. What Coleco has done with these minis is kind of amazing. It's taken the old Rainbow Brite and Robotech (really, the best two franchises of the '80s, if you ask me) cabinets and put brand new games and hardware inside of them.

These new games, Rainbow Brite: Journey to Rainbow Land and Robotech: The Macross Saga, come equipped with full-color LCD displays, new gaming chipsets, fresh buttons, and rechargeable batteries. Each one comes in a standard edition for $74.99 or a special edition for $249.99, which really seems like too much. However, if that’s what you choose to do with your money, you can order both games directly from Coleco right now.

Taking it from retro gaming into the new world (for the most part, at least), Nintendo announced a new line of amiibo figures during E3 this week.

Nine new figures will be out by the end of 2020, and they include Link, as he looked in The Legend of Zelda: Link’s Awakening, and a whole bunch of characters from Super Smash Bros., including Squirtle, Ivysaur, Solid Snake, Incineroar, Chrom, and Simon Belmont.

These will show up in retail and online stores everywhere.

Last up in video game toys this week comes a brand-new announcement from Hot Toys: a Spider-Man (Advanced Suit) Sixth Scale Collectible Figure from the action-filled game Marvel’s Spider-Man. It has an MSRP of $250 and is unfortunately sold out on online retail stores. However, keep your eyes on Toy Origin for restock information!

Impressively crafted based on Spider-Man’s appearance in the video game, the collectible figure features a newly developed masked-head sculpt with three pairs of interchangeable eyepieces that can create numerous combinations of Spider-Man’s expressions. 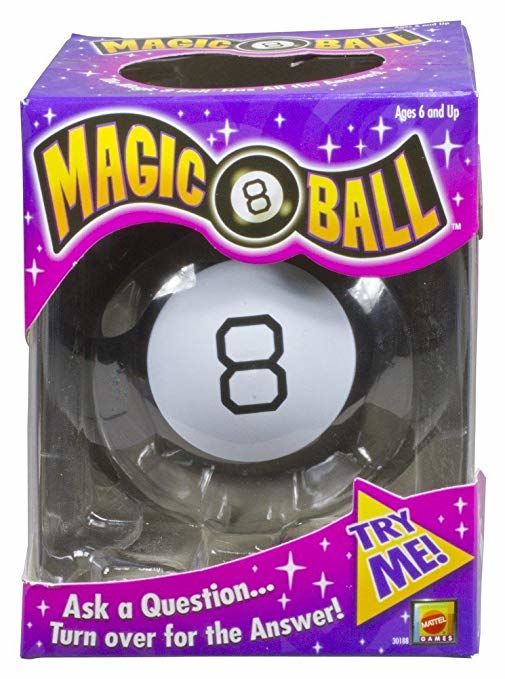 We have a bunch of dynamic new releases in the world of movie toys, so let’s segue over to the big screen!

And hey, why start with actual toy news when we can start with toy industry news?

All right — so, did you guys know that Mattel has a film division? Those of us that follow movie news may have heard that Mattel has a new He-Man and the Masters of the Universe film in the works. While the most famous, that’s not Mattel's only movie on the way. Also in its pipeline are movies based on Hot Wheels, Barbie, American Girl, freakin’ View-Master, and now... Magic 8 Ball. Magic 8 Ball, the movie.

Now you get to know that, too. Let’s hope it’s haunted as hell.

All right, speaking of haunted, NECA Toys is releasing an Ultimate Sam action figure from the 2007 cult horror film Trick 'r Treat. What’s super cool about this piece is that it has an MSRP of only $26.99. Sam stands 5-inches tall and includes a highly articulated body and accessories galore, including four interchangeable heads, two jack-o'-lanterns (one lights up!), interchangeable hand, a severed hand, trick-or-treat sack, lollipop, and candy bar knife.

You can pre-order him today from BigBadToyStore.

In other movie toy news, Super7 is releasing an unparalleled delight. Coming out next week is its Scott Howard from 1985’s Teen Wolf, now in ReAction figure form. Scott in wolf form stands about 3.75-inches tall, has an MSRP of $14.99, and comes in either letterman jacket or basketball team varieties. Jeez Louise! You know... because that's what Scott said after he transformed for the first time during that party in the bathroom, and... yes.

NECA Toys has three more movie-inspired delights for collectors. From the upcoming film Terminator: Dark Fate comes two new action figures, T-800 himself and Sara Connor. They are fully articulated, 7-inch scale figures featuring movie-accurate detail and an authorized likeness. The figures both come with an alternate interchangeable head and a small arsenal of weaponry to battle against a deadly enemy.

Last on the movie front, but never least, is a super-cool new Godzilla from NECA Toys with an MSRP of only $26.99. Measuring 6-inches tall and 12-inches long from head to tail, this figure features coloring and sculpting based on the one-sheet poster for the movie’s 1956 U.S. release, Godzilla, King of the Monsters!, the movie that started the reign of the most famous kaiju in the world!

This highly poseable figure features 30 points of articulation, including an articulated tail! I love all of the pink accented Godzilla toys. It’s true, all he needs is the pink on his back and I’m sold. You can pre-order Godzilla today.

While we have a very special San Diego Comic-Con 2019 toy exclusives roundup coming next week (and therefore don’t want to give away all the surprises), some things are just too tasty not to discuss... like... now.

On its way from DC and Mattel is a celebration of Batman’s Silver Age roots in the comics. This set gives you four remarkably silly renditions of Bruce Wayne’s early comic book adventures, all packaged in a special, old-school comic art-themed box.

The first is a classic Batman representing the Dark Knight’s iconic blue and gray costume for many of his Silver Age adventures, while the other three are more one-off specifics. There’s Negative Suit Batman, Zebra Batman, and Rainbow Batman. The four figures feature 23 points of articulation, and each of these costumes actually made an appearance in issues and stories from the Silver Age of Comics.

Are you kids ready for some Transformers news? That’s right, this week all of our beloved Giant Robot News is completely Transformers-centric. Which is honestly something that you’ll never see me complaining about.

First up, we have a beautiful Optimus Prime from ThreeA, based on his design and likeness from last year’s Bumblebee movie. I saw this stunning piece at TF-Con in Burbank, California in March, and it seriously looked like a $400 piece of artwork. But it’s not — ThreeA managed to get it to an unbelievable price point of only $189.

Next up, we have model kits!

Flame Toys’ officially licensed releases of the Bumblebee Furai model kit and the Megatron Furai model kit will add eye-catching and unique additions to any ardent fan’s personal collection. I saw their Optimus Prime kit in person and it blew me away. I loved it, and I can’t wait to get my hands on these little numbers.

Bumblebee is available for purchase now, while Megatron will be out in July. They stand 5 and 6-inches tall, respectively, are highly articulate (in general, not just for model kits with moveable joints and unlimited poses), and have an MSRP of $50.

And last in our line of Robots in Disguise comes one from Takara Tomy’s Masterpiece line, the Autobot warrior, Hound. Hound is a fully poseable figure and transforms into an armored Jeep that features realistically reproduced details under the supervision of Fiat Chrysler Automobile. Hound’s hood can be opened, his cab can be removed, and it can be driven by the included Spike figure or the hologram driver.

We’re nearing the end, my toy collecting friends, but it wouldn’t be Important Toy News without a new wave of… wait for it… Marvel Legends! But this newest wave from Hasbro is super totally bodaciously cool. In fact, it's Uncannily cool. Okay, I’ll stop.

It’s the Uncanny X-Men in classic Toy Biz style packaging! These 6-inch figures will have an MSRP of $19.99 (give or take) and will be available at retail stores in August 2019. The Uncanny X-Men wave comes with Wolverine, Silver Samurai, Cyclops, Dazzler, Storm, and Iceman. Ah, the '90s.

And speaking of which...

You can pre-order the new Ren and Stimpy figures from Super7 right now! Due out in February 2020, Ren and Stimpy both stand 7-inches tall, are articulated, come with a whole mess of accessories, and cost $54.99.