Welcome back to Important Toy News, the SYFY WIRE column that shows you a week's worth of amazing new toys and collectibles and provides you with interesting words and language to help justify each and every purchase! Join me, your resident toy journalist, as we start our pop culture toy-hunting journey with a little thing called Nostalgia!

For now, you can celebrate the Golden Age of Video Rentals with a brand new Blockbuster Video game from Big Potato.

Blockbuster brick and mortars are all but extinct, but at least you can pretend you're browsing the rows and rows of VHS tapes and DVDs with this new board game. It's really a movie trivia game good for people of all ages (though some cinema knowledge is an advantage). It is available for $19.99 at Target right now.

Let's move on to a segment I'm conveniently calling "Coolest Toys of the Week." I am in love with all of these things and will promptly own them all as soon as possible. Remember kids, I'm not just about writing about all of the best toys and collectibles of the week — I'm using my own product.

First up in Coolest Toys of the Week is this mind-blowing Battler and Red Dragon two-pack from Storm Collectibles. This piece has been created for the 30th Anniversary of Golden Axe. If you recall this majestic, grandiose, delicious, splendorous game, it places the player in control of one of three warriors each bent on revenge against the vile dictator Death Adder. One of them is a male barbarian, Ax Battler, who wields a two-handed broadsword and is looking for revenge for the murder of his mother.

I think this is some of Storm Collectibles' finest work yet. I seriously would have preordered this beauty if it hadn't sold out in literal minutes. I love Golden Axe and old Sega Games, and with Storm Collectibles' other amazing video game franchise work (its Scorpion from Mortal Kombat squeezes my soul), it's no surprise that this piece is awesome. It is 7 inches tall, costs $120 (not bad for two figures when often their singles are $85), and hopefully will be restocked at some point. 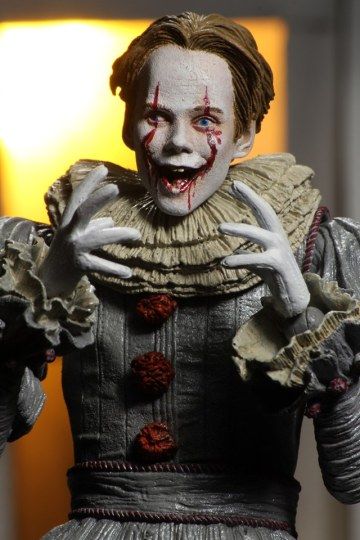 Next in line for Coolest Toy of The Week (and you better believe I preordered this one before I could even write about it) is the It: Chapter Two Ultimate Pennywise the Clown figure by NECA Toys.

NECA had previously revealed its most recent Ultimate Pennywise the Clown figure from It: Chapter One. That one was amazing because it came with the spooky ghost lady face (from Stan's scare scene) as well as the open-jaw-dolphin-Dead Lights head from the sewer scene. But this second Ultimate piece is just awesome. It has the stunning long-tongue Pennywise face, as well as "half in makeup, but I'm still pretty" Bill Skarsgård Pennywise face.

Both of these figures are under $30, which is just amazing because it's not wearing cloth clothes (all sculpting and molding) and there are so many heads and accessories. You can preorder the It: Chapter Two Ultimate Pennywise the Clown today. MURDER CLOWN! 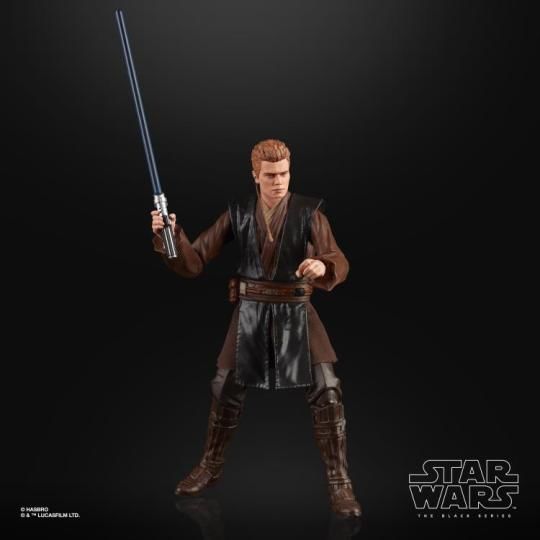 And last but not least in my pick for Coolest Toys of the Week are the upcoming Star Wars Black Series Obi-Wan Kenobi and Anakin Skywalker.

These figures show the character depictions from Star Wars: Episode II – Attack of the Clones. Both are 6 inches tall and will cost somewhere in the $20 range, depending on where you buy them. They are both available to preorder from Hasbro Pulse.

The paint and sculpts aren't perfect, but for their price range, I really dig them. In fact, I took a break from writing this piece just to preorder Anakin myself. Who is the toy collecting addict now? I purchased the Anakin Skywalker Black Series archive figure (which has him all Revenge of the Sith style) and I was really impressed by the level of detail in his clothing, specifically.

Each figure comes with a lightsaber, but no other accessories.

Let's talk pop culture toys, shall we? Sure, Halloween hasn't even officially passed, but that doesn't mean that it's not Christmas somewhere else! And Funko is already getting its jingling pants on (that's definitely a thing now).

The company has released its 2019 Holiday Guide, and guess what — it's not all Funko Pops! Keep your eyes on your favorite retail stores (Barnes & Noble, Target, Walmart, Hot Topic) because a stampede of Pops, backpacks, apparel, and even makeup are on their way from Funko.

Transformers fans, get excited — because it's your week in toys!

Just announced at last week's London Comic Con were new additions to the Transformers Cyberverse toy line. The MSRP for these new robots in disguise is about $30, and their height range from 6.5 to 9 inches tall. The new line includes Optimus Prime, Shockwave, Clobber, Bumblebee, and Hot Rod. They will be available to purchase on January 1, 2020.

We're nearing the end, my toy collecting friends, but we couldn't disappear without the amazingly spectacular Superhero Toys segment!

And first, we are going to give some love to Hasbro's newest Marvel Legends wave, which pays homage to Spider-Man! Each 6-inch figure in this series costs about $20 and if you collect them all, you can build a Demogoblin!

The wave includes Spider-Armor MK III, Velocity Suit Spider-Man, Superior Octopus, Shang-Chi, Marvel's Vulture, and Marvel's White Rabbit. You can preorder today from Hasbro Pulse, or wait for them to show up in stores in January 2020.

I feel like Marvel's War Machine has sort of become an ongoing joke here in Important Toy News, so it's only suiting that premium toymaker Hot Toys is giving him the Teeny-Tiny-Tron-Treatment.

The Neon Tech War Machine miniature figure is approximately 8.5 cm tall, which is about 3.3 inches tall. Inspired by the design of the Iron Man Hall of Armor in Iron Man 2, Hot Toys team has armored War Machine in miniature size with remarkable details and neon geometric arrangements.

But if that wasn't fun enough, let's take a moment to have a chuckle at the official description Hot Toys gave this neat looking piece: "Hot Toys is excited in presenting today an all-new Miniature Collectible of Neon Tech War Machine Hall of Armor that's going to 'challenge your notion of classic collectibles.'"

Guys, I'm telling you — you're giving me a Marvel toy that glows Tron-neon in the fluorescent light. Collectibles challenge accepted!