Let's open this week's Important Toy News with a series of Marvel Legends figure announcements that were almost as big a deal as Thanos' infamous Snap.

With seven new Marvel Legends figures from Avengers: Endgame and seven from Marvel Legends' newest wave of X-Men action figures, collectors are going to either have a field day or go insane trying to find all of these beauties once they hit stores. Fortunately, so far none of them have been announced as exclusives to any particular store.

For the Avengers "Build a Thanos" wave of Marvel Legends, we have Captain America, Ronin, Ebony Maw, Citizen V, Living Laser, Hercules, Nighthawk coming up. For me personally, I think that Nighthawk is the winner of the crew. I love the color combo and the fabric details on those big ol' gloves. The muscle sculpt and the emblem on his chest — just the entire Nighthawk composition is really working for me.

So, let's talk about this "Build a Thanos" premise for a quick moment. This will be familiar to fans, but for me and other Power Rangers collectors, it reminds me of the "Build a Megazord" action figures. Each figure in the wave or set comes with a piece of a separate creation. A Megazord for the Power Rangers, and a piece of Thanos in these new Marvel Legends pieces. Therefore, if you collect them all, you can build a whole new creation. With Thanos, it's a cool extra action figure next to already awesome figures. In the case with the Power Rangers toys, I just wanted them to sell the Megazords on their own!

Moving onto the second piece of Marvel Legends news for the week; Seriously, wow, these '90s inspired X-Men figures are absolutely delicious. While the Gambit figure made its rounds on social media about two weeks ago, we weren't given the chance to see the entire wave altogether. Coming soon in this X-Men lineup, we will have Forge, Jubilee, Gambit, Blink, Weapon X, Beast, Skullbuster. All of these figures are breathtaking. Again, Hasbro is going with the '90s style and the colors and styles here are just beautiful.

Much like the "Build a Thanos" for the Avengers characters, you have the chance to Build a Caliban if you collect all of the new Marvel Legends X-Men figures. My personal favorites out of these are the Jubilee and Gambit, without a doubt. I just think their colors and sculpts pop and they're just really beautifully done. The entire set can be seen (and pre-ordered) on Big Bad Toy Store (and other retailers) and have a shipping date of May 2019.

Star Wars: Episode I — The Phantom Menace is turning 20 years old and to celebrate we have a bunch of awesome new toys on the way.

The 6" Black Series reissues of Darth Maul and young Obi-Wan Kenobi on special Episode I cardbacks are stunning. Both figures come with their respective lightsabers.

From LEGO, an amazing Darth Vader bust is on its way. This glossy, black, pixelated mask of glory is such a cool concept. It will be available in limited release at Target, with no MSRP announced quite yet.

And from Funko comes a line of blue Star Wars Pops. Included in this chrome blue line we have Princess Leia, Yoda, Darth Vader, Boba Fett, Chewbacca, and a Stormtrooper. Also from Funko, we have a new Darth Maul and Watto coming out soon, both of which are traditional-looking Pops. 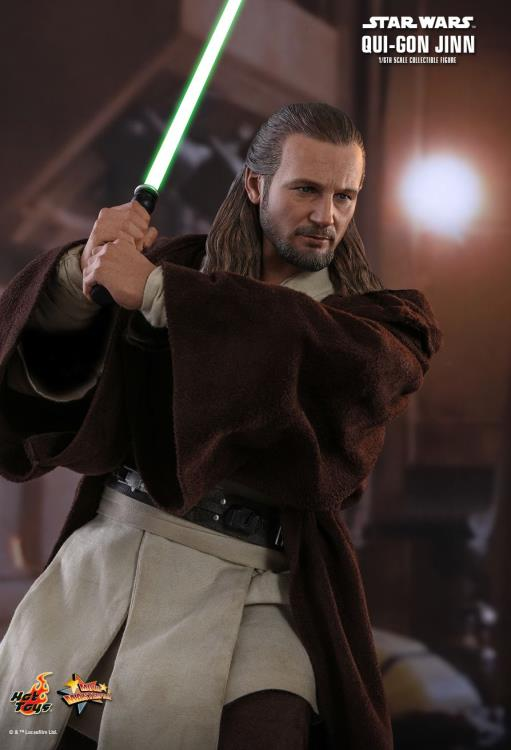 And last but not least in Star Wars news, Hot Toys showed off their breathtaking Qui-Gon Jin 1/6th scale figure from The Phantom Menace. This beautiful, highly detailed figure is available for pre-order now and has an MSRP of $234.99. Qui-Gon Jinn is expected to ship in the first quarter of 2020. His lightsaber has LED lights that light up green. He features over thirty points of articulation. He comes with a whole mess of hands: a pair of hands for holding his lightsaber, a left hand for holding holoprojector, two gesture left hands, Force-using right hand, right hand for holding commlink, and a relaxed right hand.

MEZCO Toyz is featuring pre-orders for their newest line of horror toys. This includes a Talking Freddy doll from A Nightmare on Elm Street and a Burst-a-Box Pennywise the Clown from the 2017 version of It. The MDS Mega Scale Talking Freddy Krueger stands at a frightening 15" tall and says five nightmare-inducing phrases from the original films. He has an MSRP of $98 and is due between July and September 2019.

Mezco's Burst-A-Box is a pop culture-infused twist on one of the most beloved, classic toys, the jack-in-the-box. The It (2017) Burst-A-Box features Pennywise, the red balloon-toting, demonic clown that terrorizes the children of Derry. This fully functioning jack-in-the-box is approximately 14" tall when "popped." The Burst-A-Box features a detailed head sculpt and a clothed spring body, all encased in a tin music box. The MSRP is $50 and it is currently a waitlist item. It will be out between July and September of this year.

NECA Toys make two cool announcements in from their horror toy lines—a 7" 'Ultimate Jason' based off Jason Voorhees from the 2003 film Freddy vs. Jason. This new Jason figure is even more sizable than other Ultimate Jasons, as appropriate for a horror showdown on the movie's scale. He comes with 3 removable masks, 2 machetes (regular and bloody), teddy bear, and fire effect that can attach to either machete to recreate the final blistering battle. The Ultimate Jason figure will ship in the 3rd Quarter of 2019.

Also coming from NECA is a brand-new Queen Ultra Deluxe action figure. From Alien: Resurrection, the fourth movie in the sci-fi series, comes the terrifying Queen. She stands over 15″ tall and is over 30″ long, with over 30 points of articulation, including a spectacular posable tail. And also, her bones are shaped like high heels. She's perfect!

And last but not least in Horror Toy News, McFarlane Toys reveals their new Eleven action figure from the upcoming Stranger Things Season 3. The trailer dropped last week and perhaps McFarlane felt pressured to drop images of their Eleven prototype early because… well… response from fans upon seeing this new toy was less than stellar among the masses.

Flame Toys revealed two new model kits from Transformers. First, from the Furai Model series, it's Megatron IDW (Autobot version!). Megatron stands over 6 inches tall and features over 40 points of articulation once built. He will be released in July 2019 and has an MSRP of $49.99.

Can't wait for July? You don't have to! Flame Toys also has a new Furai Model Bumblebee that is due out this month. He also has an MSRP of $49.99. When complete this model kit will feature over 50 movable joints for recreating a wide variety of poses and stands a little over 5". 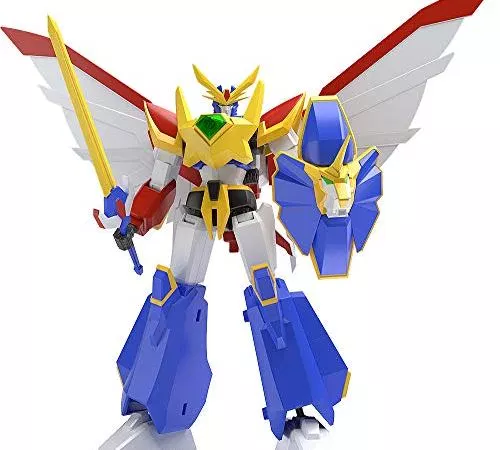 The Good Smile Company announced that Absolutely Invincible Raijin-Oh (also known as Zettai Muteki Raijin Ō) is returning in the form of a brand-new model kit. It will retail at about ¥ 5,400 (approximately $50) and is due out August, 2019. Once built, the toy is about 160 MM tall or 6.2 inches tall. You'll be able to pick him up from sites like Hobby Search (1999) from Japan.