Welcome back to Important Toy News, the SYFY WIRE column that shows you every new and amazing toy this week that are clearly born to rule your wallet. Join me, your resident toy journalist, as we discover new collectibles, drool over vintage ones, justify our weird impulse purchases, and make sure everyone in our lives know that twelve Evil-Lyn figures are not an addiction, they are an army and they are art. But first, let's take it back further than vintage. Let's take it back to the prehistoric past, and start off with some toys that we'd find perhaps in the stone age.

Or at least, whatever era The Flintstones are from, rather. Toy Qube is tapping into a very specific market with this one here and offering the public a two-foot-tall Fred Flintstone statue. That more inches of Fred than I think a lot of us knew we needed. He is billed as a tribute to "pay homage to the original cartoon dad" and these first images appear to be a complete success to that end. Fred is now available for Pre-Order on ToyQube.com for $199 and is scheduled to ship in November 2019.

With a focus on accurate representations of the beloved Ceratopsians family of dinosaurs, best known by the legendary Triceratops. Presented in 1/18th scale, each figure will include around 20 points of articulation and with various sizes available depending on species. The initial Kickstarter goal is $150,000 and comprises four figures: Styracosaurus albertensis, Triceratops horridus (sub-adult), Monoclonius crassus (a Kickstarter exclusive), and Zuniceratops christopheri. Fans may participate in the Ceratopsian Kickstarter campaign here. 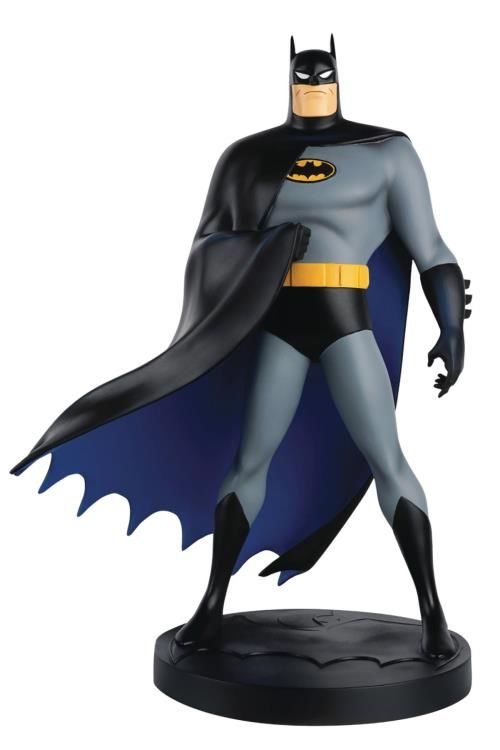 Let's all drool over a really beautiful Batman: The Animated Series statue from Eaglemoss. Legitimate toy collectors out there — I know what you're thinking. Eaglemoss (and no disrespect to the people there, they probably work very hard) have a history of making these budget statues with cheap, chipping paint, and often the sculpt and execution isn't very impressive. Great, I get it—but have you seen their more expensive work? This Batman costs a whopping $139.99, whereas most of their stuff has an MSRP in the $25 range.

However, the leap in quality is undeniable. You are definitely getting your money's worth here. From what I see in the pictures, it looks like the cartoon jumped right out of the screen, whereas the paint on some of those budget figures looks a little… well… schmeared. Batman is a big boy, standing a full twelve inches tall. He will ship this fall and can be preordered here. 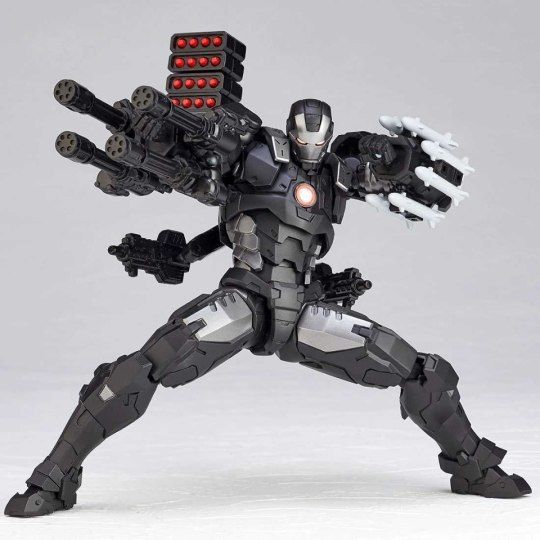 Our next superhero toy is a fantastic and incredibly articulated (44 points of articulation to be exact) War Machine figure from Japanese toymaker Kaiyodo. They have this premium line called Amazing Yamaguchi, and you know that if a figure is released under that name, then it's going to be insanely beautiful.

He comes with more accessories than you'll know what to do with, such as 4 Pairs of hands, 4 Assault rifles, 4 Gatling guns, 4 Twin missiles, 4 Four barreled missile pods, 6 Repulsor effects, and 8 Arm connectors. He costs $89.99, will ship February 2020, and can be preordered today.

This next piece has a really interesting story. First and foremost, it's huge. Seriously, I saw the green Hulk version at SDCC and the box was a monster in and of itself. But when images of the Marvel Legends Gray Hulk figure, first leaked via Amazon Mexico, people immediately presumed it was a bootleg figure. It will be first to market (or perhaps an exclusive) at MCM London Comic Con. According to Hasbro Pulse, limited quantities will go on sale on November 4, but if any of Hasbro Pulse's post-convention sales taught us anything, it's that any quantity of toy will sell out in literal seconds. 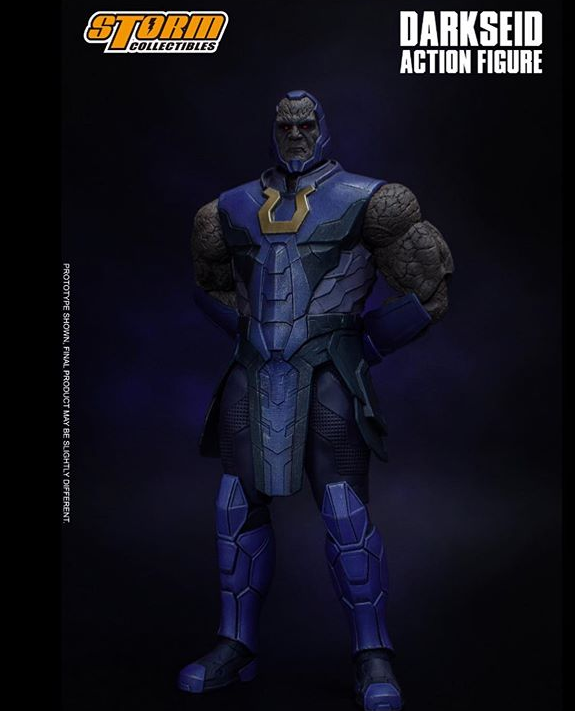 Our last superhero toy is an Injustice Darkseid figure from the talented breathtaking minds over at Storm Collectibles. A being of pure hate incarnate, the lord of Apokolips Darkseid demands the total subjugation of all existence. His merciless obsession has left a wake of suffering and obliteration as he seeks the Anti-Life Equation. His invincible body, limitless strength, army of Parademons, and the annihilating power of his Omega Beams make him not only a threat to this world, but to every world within reach. Pretty cool stats on an action figure, right? Darkseid is 6 inches tall, fully articulated, and will retail between $80-95.

For those of you out there who have been painting miniature Warhammer figures for years — have you ever wondered what some of those would look like if Bandai made a seven-inch action figure? No? Never thought about it? Then get thinking my friends, because today, Bandai is showing off new information for its Warhammer 40,000 Primaris Intercessor Action Figure.

Although set in 7" scale, the incredible looking space marine actually stands approximately 8" tall thanks to his impressive armor. Boasting over 50 points of articulation, the figure includes the soldier's ever-present Bolt Rifle. No price has been revealed yet, but with the staggering amount of detail and articulation, I wouldn't expect this financial black hole to be cheap.

In giant (and I mean GIANT) robot news, Transformers fans are in the final days to back Hasbro's HasLab crowdfunding creation Unicron. As of this writing, there are nearly 7,000 of the 8,000 needed to bring this monster beast of a toy to fruition, and the project closes October 6th. Supporting the Unicron project costs $575 and can be done through Hasbro Pulse here. Hasbro is offering a new incentive where backers get a new exclusive (digital) comic bundle from IDW Publishing. In an effort to get the last of those backers in, Hasbro has announced new articulation on the hands, 3 points of articulation per finger (15 in all). This magnificent toy (I've seen it in person) transforms from planet to robot, stands twenty-seven inches tall, and weighs nineteen pounds. We maintain, it truly is a baby goat.

And to wrap the week up with a nice little vinyl toy bow, let's take a peek at a toy so transparent, you can see right through it. It's Mighty Jaxx's newest addition to their XXRAY Plus line (yes, they have more of these) Nickelodeon's CatDog! Two brothers, one cat and one dog, conjoined! That's right, it's CatDog! The hit cartoon followed the lives of this unlikely conjoined pair and was a major part of the childhood of many kids.

Take a nostalgic trip and revisit your childhood with the XXRAY Plus CatDog! This 10-inch designer toy has an MSRP of $150 and is available for preorder right here. And before you start in with the "I can see their intestines so how do they poop?" please note that the dog's mouth is slacked open with no jaw, which might come in handy when it's time to do the nasty.