Important Toy News: Godzilla gets cuter than ever and Batman gets squishy

Welcome back to Important Toy News, the SYFY WIRE column that makes sure you know everything about the coolest findings in the toy world this week. Join me, the internet’s favorite toy journalist, as I show you amazing toy after amazing toy at a rate so unbelievably fast, you don’t know whether your spirit or your wallet will break first.

Well, keep that mind strong and that body weak, my toy hunting and gathering friends, because the odds of keeping your pocket-currency-keeper full of juicy bills are every bit against you this week.

Especially if you’re a Transformers fan.

In a crowdfunding effort direct from Takara Tomy comes a 35th Anniversary Optimus Prime… trophy. Now, Takara Tomy has made it very clear that if this item isn’t fully funded, then Golden Convoy (the Japanese name for Opty) will never come to be. And really, I’m still not sure whether or not that’s for the best. Hear me out, because this piece is funny. Golden Convoy was announced as an exclusively Japanese item for 16,800 yen, or about $165.

Suddenly, he’s on sale in the States for $300 because we always find our ways. And then, to top off the awesome, this trophy, which stands about 9.5 inches tall, still transforms into a truck cab! There’s no way this monster can’t get funded!

Although it’s not like… I’m buying one… or anything. 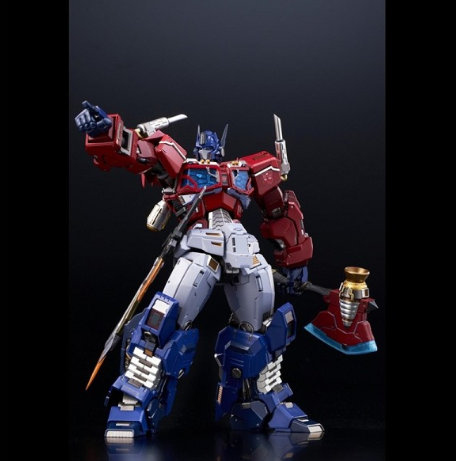 Next up from Flame Toys comes an IDW Comics style Optimus Prime. He has an MSRP of $449.99 (hoowah!), is around 21 cm, and has LED units packed in the body. You can preorder your own from The Chosen Prime and he will be shipped in January 2020.

Optimus Prime comes with very rich accessories, including 2 swords, 2 small axes, short cannon, big sword, and 7 pairs of hands in total. You can set any fighting pose easily. Three interchangeable faces are available to present all the different emotional effects of Optimus Prime. 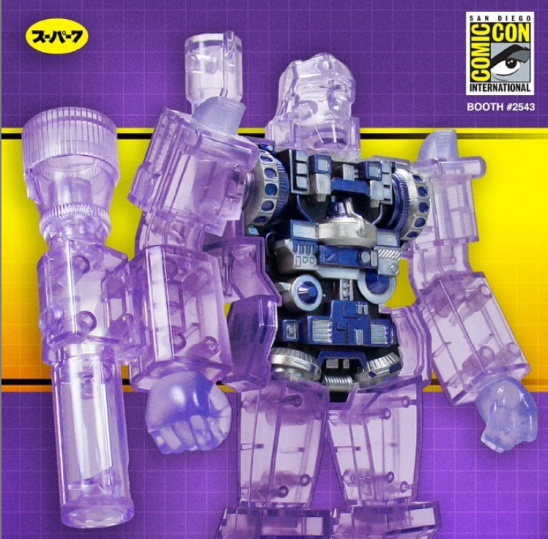 The evil leader of the Decepticons is a Generation One Cartoon-Accurate,12-inch poseable action figure with fusion cannon and removable chest plate, showcasing his robotic innards. The debut X-Ray edition Super Cyborg Megatron is cast in crystal clear plastic with a painted inner torso and packaged in a deluxe window box. He will cost $75 at the show.

Speaking of giant imports from Japan, here are some more sweet Godzilla: King of the Monsters toys. And yes, my peoples, it’s finally happening: I am showing you adorable Godzilla vinyl toys that you can buy. Like today… you know… right now from Kidrobot.

They have an MSRP of $9.99 each. Following the release of the 2019 Godzilla movie, this high-quality vinyl series from Kidrobot features versions of Godzilla throughout the years with versions from the 1954 Japanese kaiju film, the 1985 kaiju film, and more, plus Mothra, Rodan, and King Ghidorah.

There are 13 blind box figures so enjoy collecting and spending lots of money while hoping you don’t get too many repeats. Although a little Ghidorah army wouldn’t be the worst thing. 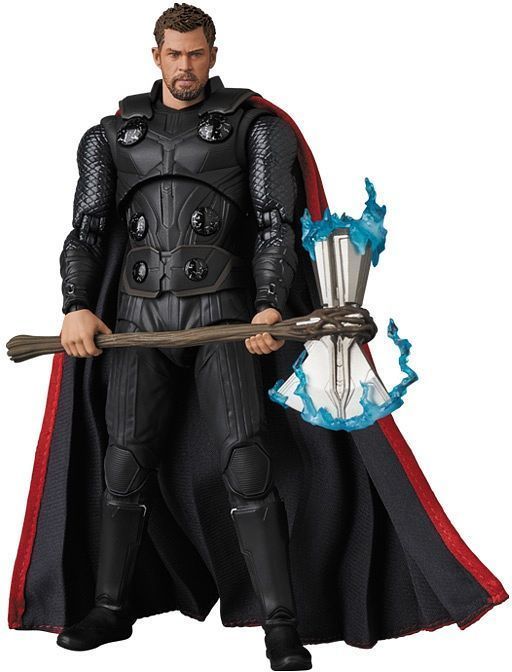 You guys ready for some Superhero toys?! Superhero news that… doesn’t involve a new Spider-Man action figure announcement?! Is that even allowed in the toy collecting ether?!

New from Medicom Toy’s MAFEX line is a new Thor figure from his depiction in Avengers: Infinity War. He measures about 16cm tall, and Medicom has taken extra care to recreate his facial features, suit, and weapon from the movie. He features newly designed joints to make posing easier than ever and comes with plenty of effect parts and optional hands to recreate scenes from the movie, especially the parts where Mjolnir is doing awesome things.

Thor will ship February 2020 and has an MSRP of $68. You can preorder him today from HobbyLink Japan. HAMMER HIGH!

We took a break from discussing San Diego Comic-Con exclusives for what… 20 seconds now? And now we’re bringing it back to talk about five sets of superheroes… packaged in a two-pack together. Yeah — that’s a lot of package.

Now, here is that naughty SDCC caveat. You preorder the thing, show GameStop proof that you ordered the thing, and then you don’t get the thing — it will get shipped to you in December. You're welcome to try to hack the matrix and order the items from the GameStop website yourself, but this face over here (aka me) isn’t making any promises.

And to wrap up our superhero toy news with even more tasty Batman delights, let’s take a look at some adorable new toys you can have!

Man, that '80s Anniversary is causing some serious Batman toy spillage. No one is complaining over here! Available this month from Walmart.com is YuMe’s Batman DZNR Series, which will be available in 7-inch chibi plush gift boxes starting at $14.99.

YuMe has selected some of Batman’s most iconic iterations to design and curate a collection worthy of the hero's devoted fandom. The seven designs that make up the core of the Batman DZNR Series will be released weekly. This line of awesome plush will pay tribute to the iconic Batman comic legacy, while also showcasing and celebrating more modern Batman designs that classic and new fans will appreciate.

'90s kids, this one is for us! Remember how back in the day everything was gross? Well, Mondo is leaning into it hard. Super hard. '90s hard.

Coming in November 2019 with an MSRP of $20-$25 are the Mondoids. According to Mondo’s lore, these toys have come from the planet MONDOIDA to make friends and eat snacks, but their true form is too GROSS to look at!

All of this is great. Awesome. Easy to get behind — except for one thing. Too gross to look at?! Please. We all know that it doesn’t matter what people look like. If they come into the room with a dishful of nachos, they’re the prettiest monster in the room.