Important Toy News: Jurassic Park takes the gold in the most uncomfortable way

Welcome back to Important Toy News, the SYFY WIRE column that makes sure you know everything about the coolest findings in the toy world this week. Join me, the internet's favorite toy journalist, as I show you the most stellar, awesome, and breathtaking toys of the week at a rate so unbelievably fast, you don't know whether your spirit or your wallet will break first.

But you know what will remedy that lack of cash? That’s right: gold. And you know who has gold this week? Mattel with its newest Jurassic Park: The Amber Collection Velociraptor.

But believe you me... this is not exactly the kind of gold you want.

Look at this toy. Look at it!

How did this thing pass QC over at Mattel? This dinosaur toy straight up looks like it’s peeing! Am I insane here? Is my perverse mind reaching into the depths of toy comedy to pretend that a toy Velociraptor is standing in a golden puddle with a clear stream stand jutting straight out from between his legs? Have I really spiraled so hard down the garbage person hole that I’m hallucinating this majestic physical gag? Hell no — this is totally happening! Now, of course, the dinosaur itself is a really solid-looking figure. It looks great — so, if you get past the streams, this is a cool figure. And yes, it’s admirable that it is standing in actual amber. But come on, Mattel — no one else saw this?

Let’s move on to a different kind of sport, one we don't cover much here at SYFY WIRE: Baseball.

This is probably one of the most charming and endearing product lines I have seen in a while. Brand new from Super7 is a secondary toy line called Super Sports by Super7 and its focus is on classic sports teams. Super7's first collaboration is with the MLB to creation 3.75-inch ReAction Figures, all inspired by classic baseball players.

These items will likely have the ReAction MSRP of $15 and are due for release this month, August 2019. You can preorder some of them at BigBadToyStore. 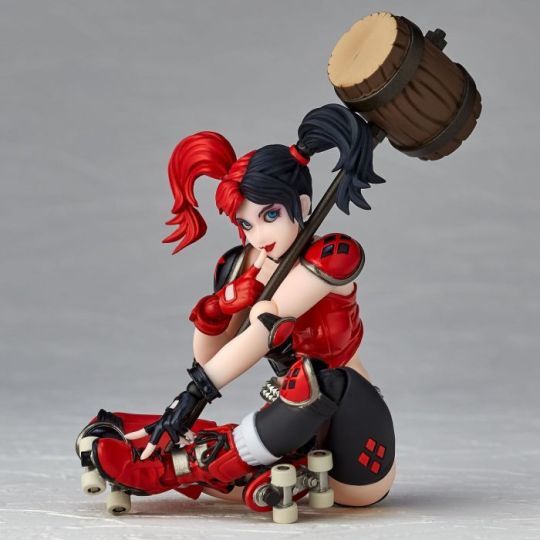 While baseball stars are heroes to some, comic book superheroes are still all the rage in the toy world. Therefore, let’s move onto that delicious little segment I call "Superhero News!"

First up, we’ll start with that devilish little lady who is a menace to some, hero to others, but at the end of the day, just wants to love on her puddin'. Fresh from Japanese toymaker Kaiyodo’s Amazing Yamaguchi line with an MSRP of $67 is Harley Quinn! Her design is inspired by the New 52 Harley Quinn, with black and red-dyed hair to match her outfit and plenty of accessories fitting of her fun and dangerous personality. She comes with a total of three expressive faces to choose from, as well as a special pick that allows you to change the direction of her eyes. A bat and hammer are included for weapons, and she even comes with optional roller skates to wear on her shoes! Harley stands 6 inches tall and features 18 joints and a total of 40 points of articulation to allow you to pose to your heart’s content.

You can preorder her today from HobbyLink Japan or wherever collectibles are sold.

Revealed at the Unboxing Toy Con in Mexico over the weekend come two new reveals from Hasbro. Coming to the 2020 Marvel Legends toy line are Superior Octopus and Marvel’s White Rabbit. Not much has been said about these toys, but we know that they will stand 6 inches tall and likely cost around $20. One thing of note with White Rabbit is that new corset mold, which fans are hoping to see reused on Emma Frost or perhaps Scarlet Witch. 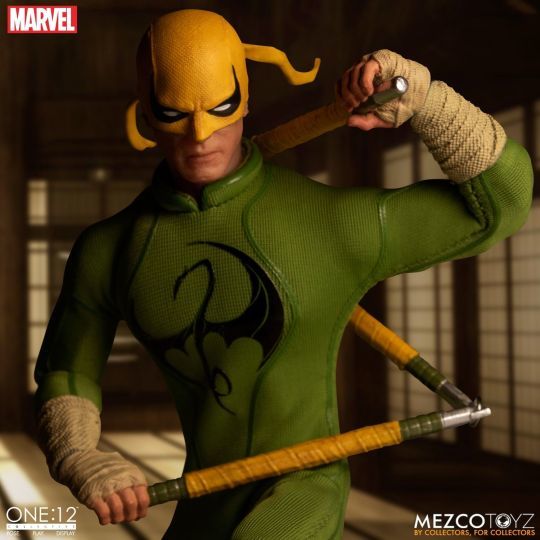 And last for Superhero News, Mezco Toyz adds a One:12 Collective Iron Fist figure to its lineup. He is presented in a fitted suit with dragon insignia. The master of martial arts comes complete with two head portraits and a range of chi effects including a Shou-Lao fist effect that is affixed to his interchangeable hand. Iron Fist is well-equipped with a three-section staff that is connected by a real chain.

He costs $80 and is available for preorder directly from Mezco.

Moving onto the segment I’m choosing to call “Awesome toy franchises from Japan,” I want to take a minute to give some love to a super badass Takara Tomy Transformers piece from the anime series Beast Wars 2. And that, my friends, is a Masterpiece MP-48 Lio Convoy. And remember, "Conboy" is Japanese for Optimus Prime.

This piece is so freakin’ cool looking. Lio Convoy is fully posable, allowing you to recreate your favorite scenes from the series. Lio convoy transforms from robot to lion and is armed with several pieces of weaponry. He has an MSRP of about $185 and can be preordered from The Chosen Prime or Ages 3 and Up Store if you live in Canada. 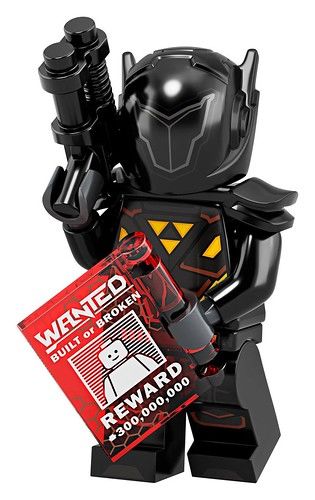 We’re nearing the end, my toy collecting friends, and so we have to celebrate this week with new toys that are tiny. And who does mini toys better than LEGO and its Minifigs line?!

Just announced to hit stores in September is the Minifigure Series 19 line. This wave has 16 new figures added to it and some of them just look so super cool. While Blacktron is a super strong contender, the lineup also comes with the Monkey King, a gamer dude, and a minifig dressed up as a fox holding chickens. It’s seriously such a creative and strong lineup! 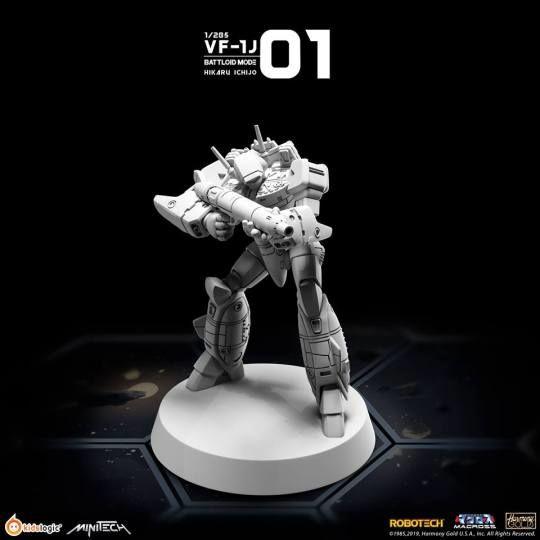 And for loyal readers of Important Toy News, do you remember how last week we started off the column by discussing a nearly full-sized Robotech VF-1S Fighter craft cockpit? Yes, it was actually a digital stereo system, but we don’t have to ruin it for everyone. This week, Robotech is shrinking!

Coming soon from Kidslogic (the same brand that got huge) are Robotech miniature figures for tabletop gaming. Preorders start in August, the product comes out in October, and, heck yes, I need a miniature Batroid, Gerwalk, and Fighter, thanks.

The pieces are officially called MiniTech (short for Miniature Technique) and will stand 4-7cm tall. Kidslogic touts that not only are these collectible toys, but they are intended to be used for gaming when you play with friends. Which opens up that ever-lingering question: To play with your toys or to collect the toys? Well... only one way to solve that. I guess I’ll have to scoop up two of every Robotech/Macross piece in the room. See? Making adult decisions in real-time is important!