Welcome back to another edition of Important Toy News, the SYFY WIRE column that brings you all of the latest and greatest in toy culture. Learn what’s out there in the toy world and see how fast you can go broke trying to collect all of its majestic splendor.

We have a lot to cover this week, so let’s dive headfirst into that toy box...

It's getting spooky with some horror toys! For this week’s newest reveals, we have a piece from Mezco Toyz’s One:12 Collective. This is the line that brought us that incredible Pennywise the Clown from last week, the one that came complete with the haunted Bar Mitzvah painting (which is just too good, I will never get over it). Coming to us this week from the same collective is the titular Hellboy from the upcoming film starring Not-Ron-Pearlman.

While fan response to the new film and Hellboy’s aesthetic may be uh, not so good, there’s no denying that this 1:12 scale action figure is beautifully sculpted with lots of care and consideration. His accessories are two guns, a horseshoe, and a gun case. He has an MSRP of $80 and is available for preorder now. The figure itself is expected to be shipped between March and May of 2020.

Second on our list of horror toys is something a little more… shaky. From KidRobot comes a vibrating Pennywise the Dancing Clown. See, because the vibrating is supposed to emulate the dancing, like from that scene in the sewer where he was trying to scare Beverly and…

Yes, as you can see, some liberties were taken here. 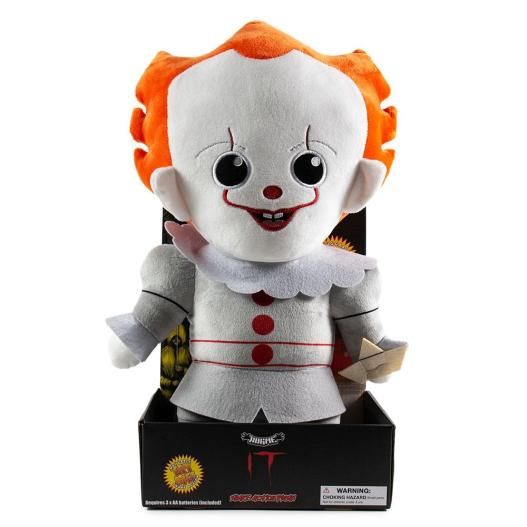 This 16” vibrating plush has an MSRP of $34.99, which if we’re speaking in opinions here, is a pretty bold suggested retail price. From the HugMe line, this spooky little number runs off three AA batteries. And if 16” is too much fun for you, there is a smaller version of both the 2017 dancing murder clown, or the 1990 Tim Curry version.

Moving on to video game toys, we have several new products ready for our preordering pleasure! Coming soon from PCS Collectibles is a beautiful 1:4 scale statue of Sakura from the Street Fighter franchise. There are two editions of this piece, a school girl or gym version, and each of those two comes in a standard or deluxe edition (tough face or cute face versions, to be specific). While you can preorder her on Sideshow Collectible’s website, there is no price listed as of this writing.

Next up are two new items from the upcoming game Mortal Kombat XI. First on the list are Scorpion and Sub-Zero, both hanging out in completely fresh clothing designs. These new action figures are made by McFarlane Toys and their MSRP is $19.99. McFarlane has not yet released any official pictures of the toys themselves, but only digital mock-ups by the artists.

Good thing for McFarlane Toys, these action figures have their faces covered up.

Sub-Zero is available for preorder here, while the Scorpion figure can be found over here. 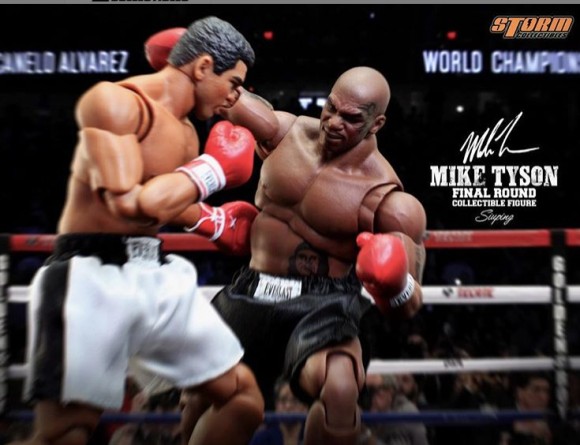 And while not overtly video games, who at this point can think of Mike Tyson without their mind drifting over to the famed Punch Out series? New from Storm Collectibles comes the Mike Tyson Final Round Collection. Not much information about these new figures is available, and the details on Storm’s website and Instagram were rather vague. Meaning, there is no price point available or even confirmed size or scale. However, gauging from the images of this new piece, the action figures are highly articulate and very easy to pose into sweet action shots. 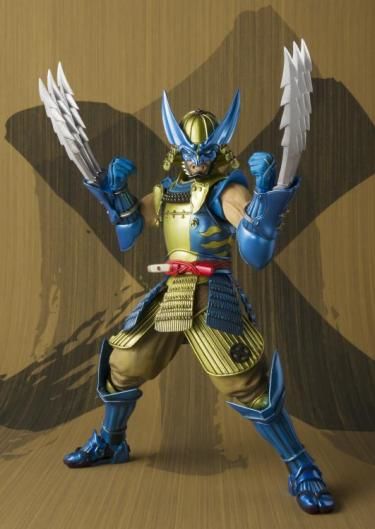 In Japanese action figure news, we have three breathtaking new products. On its way from Japan is a new Marvel Mei Sho Manga Realization Muhomono Wolverine. This one has an MSRP of $89.99 and is expected for delivery in September, 2019. It is designed by the legendary Takayuki Takeya and sculpted by Jun’ichi Taniguchi. Flexible materials allow for dynamic posing and displays. It comes with two sets of hands and four sets of claws. You can preorder him now from a host of retailers, such as Big Bad Toy Store. 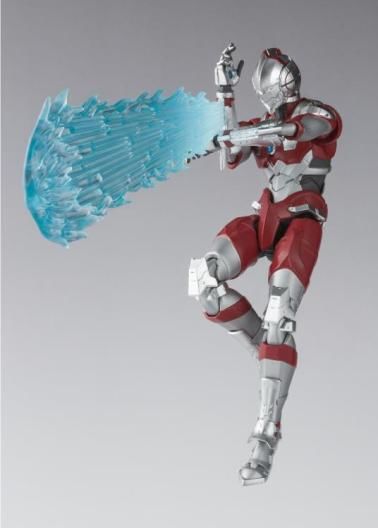 The second and third Japanese action figures are both from the Netflix original anime series Ultraman. The first is the original edition, and it features accurate proportions and a full range of motion to capture all of his dynamic poses. The set includes the figure, two pairs of optional hands, an Ultra Slash effect part, a Specium Beam effect part, a Specium Beam arm part, and a Specium Blade. With an MSRP of $59.99, this beauty is due out for shipping in September 2019. 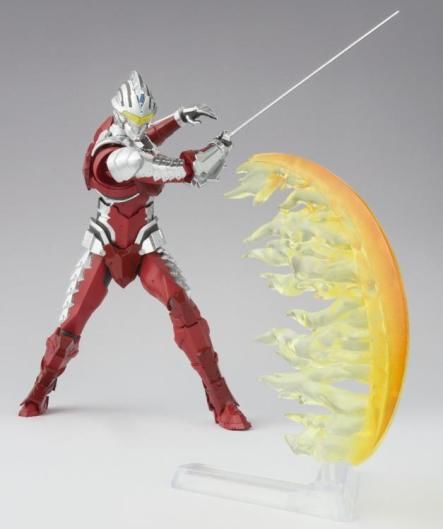 Next up in the S.H. Figurarts line is a second Ultraman figure, this one due out October, 2019. With an MSRP of $59.99, this gorgeous figure is inspired by the Ultraman Suit Ver. 7, also from the Netflix animated series. It features accurate proportions and a full range of motion to capture all of his dynamic poses. The set includes the figure, four optional left hands, two optional right hands, an Eye Slugger, and a Specium Sword and sheath, and a slashing effect part.

And in giant robot news, the amount of news we have here this week is... well... giant! Tons of new Giant Robot and Mecha products are coming at us, so we have a lot to cover.

In Gundam model kit news, we have two brand-new lovelies ready to be snapped off their skeletons and built. Released this month is a Unicorn Gundam MG 1/100 Cage kit. Not only is this figure called a unicorn because of the enormous horn jutting from the center of its head, but this is the same model that stands larger than life at the Diver City Mall in Japan. This kit costs 2,160 yen, or about $20.

In more "I need it now" Soul of Chogokin news, Bandai has revealed their Invincible Super Man Zambot 3 figure. It has an MSRP of $149.99 and will ship in September 2019. This is a brand new, perfect sculpt and build of the classic anime mecha. It is available for preorder on online retail stores, such as Big Bad Toy Store. Zambot is one of the most iconic classic characters in the pantheon of giant Japanese robots, and this still-popular series celebrated its 42nd anniversary with a release of a remastered Blu-ray disc set in December of 2018.

In Transformers news, there’s a super beautiful product on its way from Takara Tomy. For the franchise’s 35th anniversary, Hasbro and Takara Tomy are releasing a Star Convoy (the Japanese name for Optimus Prime). This legitimately transformable figure has removable armor, which will put pop culture’s favorite big rig back into his Optimus Prime form. With an MSRP of $80-$95 depending on where you shop, he will be shipped out around September 2019.

And to wrap up our giant robot news with more Transformers we can’t afford, PCS Collectibles is creating statues of three Decepticons. For just $750, you can be the proud owner of a Starscream, Skywarp, or Thundercracker statue. Each statue stands 26” high, and the Starscream will be limited to 250 pieces. They are expected to ship sometime between February and April 2020.

We've almost reached the end, my toy-loving friends, and we've saved something special for the finale. Fans of the old-school '80s anime Gatchaman will find delight in this new product. It’s a Gatchaman II New God Phoenix model kit, and it is fantastic. The Gatchaman II ship has an MSRP of $63 and is due out July 31, 2019. You can preorder it here from Nin-Nin-Games. Really, for an import, that’s not such a bad price. And considering the overall lack of new products from this classic franchise, it’s very much appreciated. 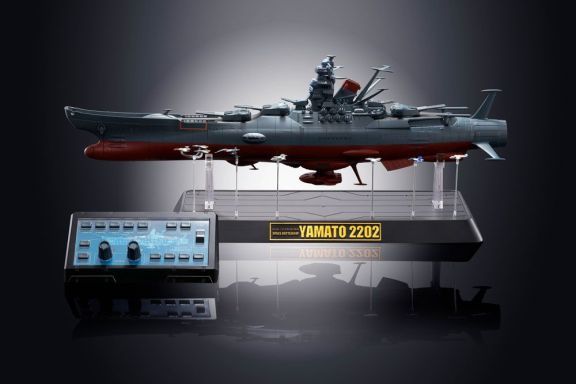 Another '80s anime ship, (this time in the form of a Bandai Soul of Chogokin) is on its way as well. Remember, if it’s a Soul of Chogokin, that means it’s big. It’s metal. It’s amazing. And it’s expensive. Due out in May 2019 with an MSRP of $369.99 comes a GX-86 Space Battleship Yamato 2202. This masterpiece includes light-up Wave Motion Gun, engine, and bridge, plus motorized turrets. A remote control lets you play key lines recorded by the voice actors for Susumu Kodai and Yuki Mori, plus a variety of other effects and music. The set includes the Yamato itself, a remote control, eight miniature fighters (Cosmo Zero, Tiger I, Tiger II x2, Tsvarke, Cosmo Seagull, and “Ki” type search craft), detachable wings, rocket anchors, display stand, display stand arm set, and test batteries. This Soul of Chogokin has a May 2019 release date; till then, we can remember our Star Blazers for those of us in the U.S.