Welcome back to Important Toy News, the SYFY WIRE column that brings you all of the latest and greatest in toy culture. Learn what’s out there in the toy and collecting world, and see how fast you can go broke making that toy collecting monster grow. We have a lot to cover this week, so let’s dive headfirst into that toy box...

Over the past weekend, Star Wars Celebration took over Chicago. And it’s hard to talk about Star Wars without gushing about its raison d’etre, the toys! (OK, maybe that's our raison d'etre.)

First up: Hasbro announced the new Star Wars Vintage collection, as well as Wave 32 of the Black Series.

The Vintage Collection is super affordable; each piece has an MSRP of $15.99 and comes with at least one accessory. The collection includes R2-D2 (Star Wars: A New Hope Edition), an Imperial Assault Tank Gunner (Rogue One: A Star Wars Story), a Death Star Gunner (Rogue One), Luke Skywalker (The Last Jedi edition), Princess Leia Organa (circa The Empire Strikes Back), Luke Skywalker (Return of the Jedi), Han Solo (Empire), and Darth Vader (Empire).

You can preorder them from a host of online retailers such as Big Bad Toy Store, and they are due out June 2019.

The new wave from the Black Series is due out June 2019 and can be preordered directly from Hasbro Pulse.

First up from Hot Toys comes a stunning 1:6 scale Movie Masterpiece Avengers: Endgame Iron Man Mark LXXXV figure. This one, in Hot Toys tradition, is an art piece. It has a very high MSRP of $422 and is set to ship out September 2020. That said, if you’re going to shell out wild money for an Iron Man, this may be the definitive one for you. Once that helmet comes off and you see its depiction of Tony Stark, you’ll freak out over the sculpt and artistry. It’s seriously flawless.

If you want an Iron Man action figure that’s high end but don’t want to shell out Hot Toys money, consider checking out the new Amazing Yamaguchi Revoltech Iron Man Bleeding Edge figure. It has an MSRP of $84.99 and is due out June 2019. With 37 points of articulation and tons of accessories to boot, this metallic beauty will look stunning on your shelf. He is available for preorder now. 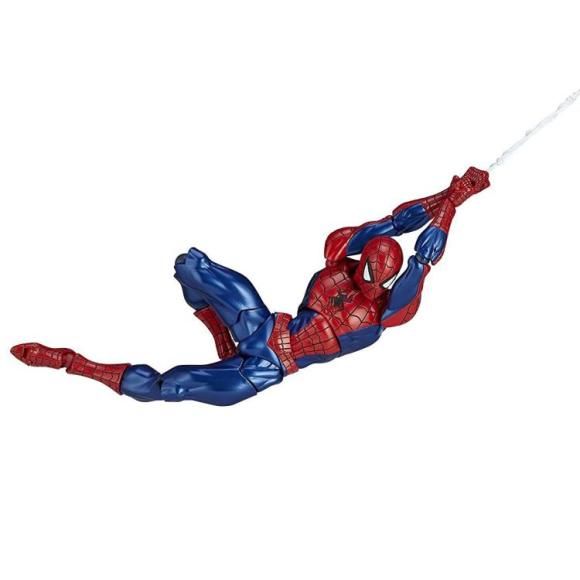 Also coming from the Amazing Yamaguchi Revoltech line is a very impressive Spider-Man action figure. Marvel and Kaiyodo’s awesome creation is coming this month, April 2019, and is available for purchase now with an MSRP of $74.99. This Amazing Yamaguchi Spider-Man is about 6 inches tall and fully articulated, as befits any wall-crawling crime-fighter. He includes 6 interchangeable eye parts so you can vary his facial expressions, 6 interchangeable hands, webbing, and a clasp so you can attach him to a vertical surface!

Coming soon from Hiya Toys are four new DC Injustice 2 action figures. All of the figures in this line are 1:18 scale (4 inches) and come with several accessories. They have an MSRP of $19.99, though, unfortunately, do not have a release date. Included in this line are The Joker, Harley Quinn, Wonder Woman, and The Flash.

Last in superhero toy news comes a new Aquaman from Mezco Toyz’s One:12 Collective. With an MSRP of $80 and shipping date of December 2019, this comic-inspired design is as beautiful as something that is not Jason Momoa can be. The One:12 Collective Aquaman comes outfitted in a scaled soft armor and finned Atlantean wet-suit, inspired from his classic comic look.

In Giant Robot News, we have two breathtaking new pieces coming our way.

Available for preorder now is a Transformers Generations Selects Smokescreen directly from Hasbro. This awesome looking toy has an MSRP of only $19.99 and is set to ship out in October 2019. Coming with two accessories, this special-edition Generations Selects WFC-GS06 Smokescreen figure portrays the classic G1 character with a G1-accurate head sculpt. It converts to a Cybertronian alt mode in 14 steps, deco’d to reveal how Smokescreen would have looked on Cybertron. The deco incorporates Cybertronian numbers into his classic exterior.

Also in Giant Robot News is a stunning addition to Bandai’s Metal Build line, this time in Gundam form. Bandai/Tamashii Nations has announced a beautiful new Limited Edition (web only) Gundam Seed Metal Build edition. Coming in at just over 7 inches (18 cm) with an MSRP of $183, this newest addition to the Metal Build line is just breathtaking.

It is due out for shipping September 2019.

With the 40th anniversary of the Flash Gordon movie on the horizon, there’s no way that toy culture isn’t going to celebrate. Big Chief Studios announced it has a new license to create toys based on the classic film, and two new pieces will hit the market in 2020. These figures will be 1:6 scale, and judging by the prototypes above, the details on Ming are 100 percent spot on.

In the world of anime and video games, we have a few new items coming our way. First up in Bandai’s S.H.Figurarts Zero line comes ten new figures from the insanely popular anime One Piece. The figures are all coming out between July 2019 and October 2019, all available for preorder now.

Recently on Important Toy News, we discussed the Mortal Kombat XI Sub-Zero and Scorpion action figures coming soon from McFarlane Toys. But now, Storm Collectibles has another Mortal Kombat treat for us, and it’s a BigBadToyStore exclusive: A super great (and somewhat gnarly) bloody Baraka, coming soon. With an MSRP of $74.99 and 3rd Quarter 2019 release date, this awesome piece is something to look forward to.

A girl can dream.

In Super7 news, the amazing toy company has two pieces of news in the pipeline, and both are from the He-Man and the Masters of the Universe franchise.

Up first, the beloved toy company reveals it's releasing a new wave of its ReAction Figures, all in color variants subtly referring to moments from the He-Man show or comic books. These are super charming little Easter Egg references, such as blue colored Teela, or green slime He-Man. My favorite in this line has got to be the Hordak, who I think has a super accurate mold and paint job for the $15 ReAction line.

Also coming from Super7’s Masters of the Universe line is its Wave 4 Vintage (As Seen on TV) line. These 5.5-inch figures have an MSRP of $20, are available for preorder now, and are expected to ship during summer 2019.

You’d better believe I preordered Evil-Lyn and Shadow Weaver a few days ago instead of paying off my credit card bill, thank you very much. 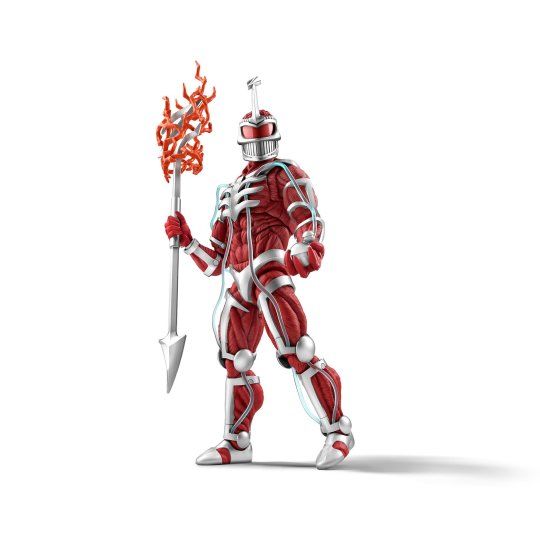 And at last, we’ve reached the end, my fellow toy enthusiasts!

Last but never least in our collection of toy news of the week is an update in Power Rangers toys! For those of you who are lunatics (like myself) and scour the toy shelves multiple times per week, you may have seen Target employees accidentally putting the new Hasbro Power Rangers Lightning Collection action figures on the shelves. With a rush of collector’s hunt adrenaline coursing through your veins, I bet some of you tried to buy those figures, didn’t you?

No such luck — you can look, my Power Rangers toy-hoarding brothers and sisters, but you can’t touch. Those Hasbro Lightning Collection Figures (with an MSRP of $19.99) have a street date of April 21st that shall not be broken.

Word quickly got out to Target and it has since pulled the figures off the shelves. But the biggest kicker here? April 21st is Easter Sunday. And do you know what that means for some of us serious toy collectors? It means we have to make a choice between buying Power Rangers action figures and spending time with our families. But I agree, we need to do the right thing, and therefore my choice is the same as yours.

I’ll see you at Target on Sunday at 7AM.