Important Toy News: This is the most adorable Godzilla you'll ever see

Welcome back to Important Toy News, the SYFY WIRE column that brings you all of the best hotness in toy culture. Join me as I take you on an incredible journey through a new world of toys and collectibles you didn't know you needed. Together, we will learn how fast a bank account can be drained by filling our lives with tasty, tasty shelf candy. We have a lot to cover this week, so let's canon ball into that toy bin and start off with some movie toys!

We kicked off our column off last week discussing giant monsters with the announcement of MEZCO Toyz's King Kong of Skull Island Ultimate figure. Now, let's talk about another creature who in this iteration is giant…in his little round cutesie-bootsie tummy.

Making its way around the internet is the most adorable set of Godzilla: King of the Monsters blind boxes that will probably be impossible for most of us to get our hands on. While mysterious, these items are just too good not to share. They are listed as officially licensed, but the only website where you can buy them is from China, so I'm just going to do you a solid and not link them because I don't want to be responsible for the heartbreak when these toys in their weird e-packet never show up.

That said, their doesn't mean we can't drool over them! This variety of six stinky little adorable Godzilla figures are made of vinyl, have an MSRP of about $13 per figure, and stand about three inches tall.

Segueing from a Godzilla you can't have over to what you can, Kidrobot has revealed their full list of San Diego Comic-Con 2019 toy exclusives, and the highlight among them is their Mecha Godzilla 8" vinyl art figure. The character design is a throwback to the original mecha monster first introduced in the 1974 film Godzilla vs. Mechagodzilla. The robotic doppelgänger and arch-enemy of our beloved Godzilla crashes into homes in very limited quantities. Limited to 500 pieces, $100 each. 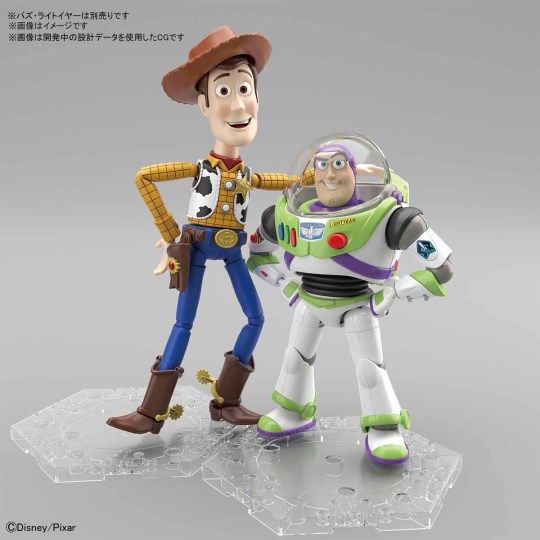 Speaking of amazing movie toys from Japan, Bandai has something really special and beautiful on its way. They are teaming up with Disney and Pixar to bring us new Toy Story model kits, specifically, Woody and Buzz Lightyear. These kits will have an MSRP of about $25-$30 (which is super reasonable for model kits) and will be released in July 2019, just after Toy Story 4 hits theaters.

What's most special about these, in my opinion, is the possibility that model kit building is something that can become a widespread, western hobby. Yes, I know that there are tons of people that build model kits. Yes, I know that there are model kits that aren't just giant robots and Dragon Ball characters, but it's still pretty niche. Can you imagine model kits at the Disney Store? This could open up a whole new world of toys that I think many of us are ready to see! Or if nothing else, we can combine Toy Story with giant robots and just buy the Sheriff Woody Chogokin mecha. Yes, it really exists.

Keeping it cute but also a little dangerous, NECA Toys has a fun little treat for us from the Gremlin franchise, and it's in the form of two suspicious looking Christmas carolers! Clearly, we didn't abide by the rules and probably gave them pizza after midnight. And now, we must suffer the consequences. These Gremlins are both 7" tall and are available for preorder now from BigBadToyStore and other retailers, with an MSRP of about $40 for the set. They will ship September 2019, and man, do we wish these were 1:1 scale so we could keep them in our yards as gnarly life-sized lawn ornaments. Take that, HOA!

Moving on from small little Gremlins to a massive, 1.6-meter-long prop, Japanese toy manufacturer Kaiyodo has something seriously incredible up their sleeve. They've created a complete replica of the Discovery One from the classic Kubrick film 2001: A Space Odyssey. For the US distribution of the prop, Kaiyodo is partnering up with HobbyLink Japan. This creation is 1:10 scale (huge, seriously, this ship is 5.2 feet long) and is a combination of 3D printing and hand sculpting to ensure accuracy, and it also features cockpit illumination via LED lights. For pricing, release dates, and more information, you can check out the full report over at HobbyLink Japan.

Continuing on with more movie toy news, we have another announcement from NECA Toys. Their Ultimate Pennywise the Clown figure is shipping out to stores next week! NECA has upped their game for this figure, and this one is almost as good as the MEZCO Toyz One:12 Collective one we discussed a few weeks back (you know, the one that got Bar Mitzvah'd and costs $80).

Well good news, my fellow collecting friends! This Ultimate Pennywise the Clown (complete with spooky Bar Mitzvah lady ghost face) is only… wait for it… $29.99! I know! Commence the freak-out-scream! It's affordable! Plus, the box art on this thing is so flippin' cool. It looks like the circus trailer that Pennywise came out of when he did that signature murder-clown dance for Beverly down in the sewer.

In this week's superhero segment, we have two treats. The first is another breathtaking reveal from MEZCO Toyz's One:12 Collective, and this time we have a very classic Magneto action figure. Magneto has over 30 points of articulation, two head portraits, hand painted details, six interchangeable hands, and stands a little under 7" tall (17cm). He will be released somewhere between December 2019-February 2020 and has an MSRP of $80. You can preorder him now from Toy Origin or anywhere collectible toys are sold.

And next up from Diamond Select Toys comes a beautiful art statue reveal. This new Batwoman piece is available for purchase now with an MSRP of $45. This item is 8" tall, made from PVC, and is based on the likeness of the character from the comics. However, based on some of the teaser images from the upcoming CW show starring Ruby Rose, what we're going to see there will match the comic aesthetic pretty solidly. 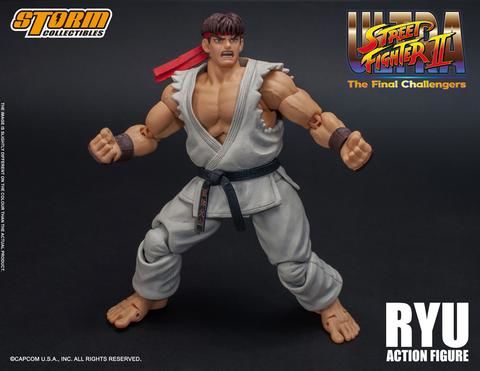 We're nearing the end, my toy loving friends, and this week we will wrap it up with video game toys. A few weeks back, we revealed the new Street Fighter II Guile action figure (with its bodacious '90s flattop hair) from Storm Collectibles that was on its way. But now, three new challengers arrive. Coming soon are Ryu, Ken, and the biggest baddie villain of the Street Fighter world, M. Bison. Ken and Ryu have an MSRP of $75, but Bison's price has not been announced yet.

These figures are highly articulated, have four interchangeable heads, six hands, and two Hadouken effects. All of these figures in Storm Collectible's Street Fighter II line are going to be first to market at San Diego Comic-Con 2019, but they are available for preorder now.

And I'll tell you, that Guile flattop hair is definitely worth the extra $10. Totally worth it, big dawg.