Holidays on the weekend are always the best because you get at least one more day to celebrate. That's why it's incredible that Star Wars day fell on a Saturday, since we have more fantastic news from a galaxy far, far away to share with you.

Lucasfilm announced on StarWars.com its publishing program leading up to this December's Star Wars: The Rise of Skywalker. From novels to art guides to comic books, there is something for every Star Wars fan, regardless of either reading preference or reading level. Here are some of the highlights we can expect in the upcoming months. 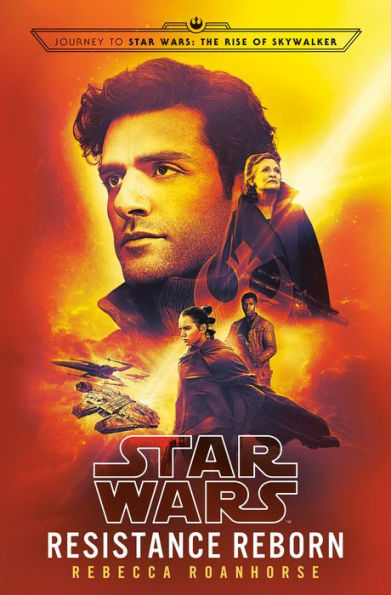 Resistance Reborn, by Rebecca Roanhorse, will give readers insight into how Leia, Poe, Finn, and Rey rebuild the resistance following their defeat at the hands of the First Order. It releases November 12.

Force Collector, by Kevin Shinick, introduces a new character to the Star Wars Universe. Taking place before the events of The Force Awakens, a young teenager tries to discover how his ties to the Force may link him to the Jedi. This book releases on November 19.

Allegiance, written by Ethan Sacks and drawn by Luke Ross, is a 4-issue mini-series set for release weekly from October 9 to October 30. Taking place after the destruction of Starkiller Base, Leia must help get the Resistance to safety while also trying to forge another alliance with the Mon Calamari.

The Art of Star Wars: The Rise of Skywalker follows in the grand tradition of Art books created to give fans an insight into the inspiration and ideas from the minds of Lucasfilm which eventually lead to the final product on the screen. It will be available December 20 and will be a great companion book for the release of the film itself.

Along with many Young Adult novels, children’s books, and behind-the-scenes guides, this is the “biggest and boldest film tie-in program yet,” according to Michael Siglain, creative director of publishing at Lucasfilm.

Star Wars books have always been as ingrained in the fandom as the toys, and arguably the films themselves, dating back to 1978’s Splinter of the Mind’s Eye. Journey to Star Wars: Rise of Skywalker is continuing that tradition.