It's time to level up with the first trailer for Max Reload and the Nether Blasters. Harkening back to the supernatural adventure flicks of the 1980s, the film (out in August) centers on Max Jenkins, a video game store clerk who accidentally unleashes a terrible evil upon his small town after playing a cursed video game cartridge for Nether Dungeon.

To reverse the "Curse of The Ages" and prevent the town's now-possessed residents from destroying civilization, Max teams up with best friends Reggie (Joey Morgan) and Liz (Hassie Harrison), as well as a pair of old-school gaming gurus, Eugene Wylder (Greg Grunberg) and Barton Grabowski (Joseph D. Reitman), before it's GAME OVER for humanity.

Check out the trailer now:

Scott Conditt and Jeremy Tremp (who made the Tron-esque Show No Mercy in 2018) wrote and directed Max Reloader. Their new effort definitely feels like a return to the Tron influence, with some Gremlins, Ghostbusters, and Monster Squad lovingly thrown into the nostalgic mix.

“We are so stoked to finally be releasing Max Reload to audiences! It’s been a long and magical road making this film with some amazing people and it’s finally time to press PLAY!" the filmmaking duo said in a statement when the film landed North American distribution in early April.

“After being in Star Wars, I thought the next logical step would be to work with these master filmmakers in Phoenix, Arizona on an indie sci-fi comedy with a slant towards gaming," added Grunberg, who also serves as a producer. “I need a new agent! I love this film so much and can’t wait for the world to see it. And with the help of everyone at MVD the time is right to level up." 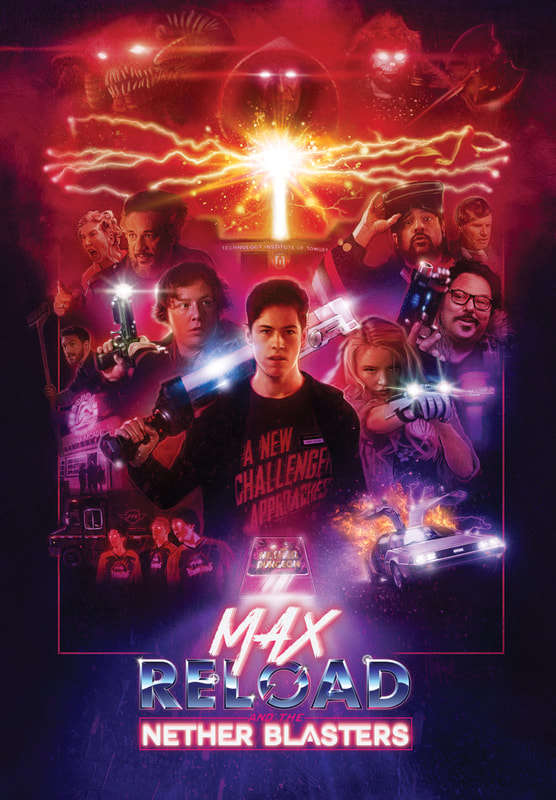 Max Reload and the Nether Blasters arrives to crush evil (and the high score) in select theaters Friday, August 7. It will be uploaded to VOD platforms four days later, on Tuesday, August 11.