First up in this latest edition of the WIRE Buzz, it looks as though The CW's upcoming live-action Nancy Drew series will have a supernatural angle. At least, that's what Mark Pedowitz, president of the network, recently told The Hollywood Reporter.

"We're happy with Nancy Drew, which will have a supernatural twist to it," said Pedowitz.

The series focuses on the eponymous Nancy Drew, an 18-year-old who's just graduated from high school and plans to leave her hometown for college. But when a family tragedy holds her back another year, she finds herself embroiled in a ghostly murder investigation and uncovers some secrets along the way that run deeper than she ever imagined.

Kennedy McMann (pictured above) will star as Nancy, while Freddie Prinze Jr. has been cast as Nancy's father, Carson Drew. No word yet on whether Nancy will ever team up with the Hardy Boys, as she did in the source material mystery novels, which first debuted in 1927. 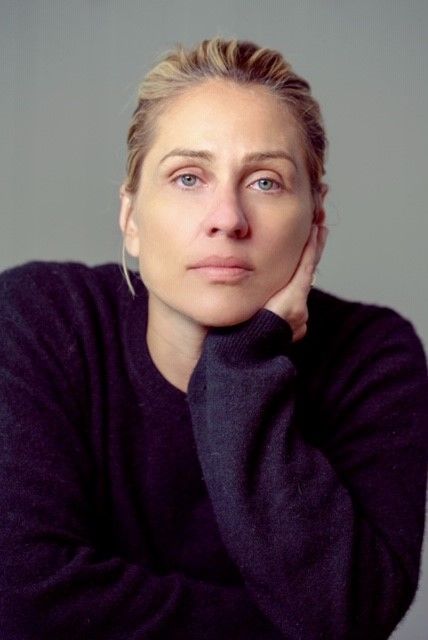 The Beast is about a woman who flees an abusive husband only to find herself the sole survivor of a plane crash. Stranded in the South Pacific on a deserted island, she must grapple with horrors that tap into her worst nightmares while fighting off a creature of unknown origins.

"I am beyond thrilled that our company is committing to the 4% challenge to hire more female directors," said The H Collective’s president of production, Sherryl Clark, in a statement. "I fell in love with Christine after seeing her fierce direction of KeKe Palmer in Pimp. She has the perfect combination of skills to tackle this raw, crowd-pleasing and emotional film.”

Crokos added: "The Beast is a very unique flip of how we see the world of domestic violence. It's a fresh and bold lensing on female empowerment. It’s a ferocious fight for survival, where one must be brave enough to dive into a terrifying isolated world and come out the other side transformed."

Casting is set to begin immediately, with production scheduled to start in the fall.

Last but not least, Teenage Mutant Ninja Turtles director Jonathan Liebesman will be helping oversee some reshoots on The Voyage of Doctor Dolittle movie. The Hollywood Reporter has word that the film's original director, Stephen Gaghan, was on set and the two are working in collaboration with one another.

This comes after The LEGO Batman Movie director Chris McKay was brought in to do an overhaul of the story, which stars Robert Downey Jr. as the eponymous Doctor who can walk and talk and grunt and squeak and squawk with the animals. The film is a hybrid of CGI and live action, which Gaghan, who's best known for his work in dramas, was having trouble capturing.

"Gaghan needed help with the animal component of it all," said THR's source. "These two guys who had expertise in that field, and they came in to help."

The film was originally slated to be released this Friday, but was pushed back to January of 2020 this past October.

It's a fan thing
Join SYFY Insider to get access to exclusive videos and interviews, breaking news, sweepstakes, and more!
Sign Up for Free
All Posts About
Movies
News
TV
Jonathan Liebesman
Mark Pedowitz
Nancy Drew
The Beast
The CW
The Voyage of Doctor Dolittle
Related Stories

How Nancy Drew's embrace of horror makes this adaptation stand out