If you have ever wondered why Ultraman was remade or who created Aggretsuko's metal rage persona, then you'll probably enjoy Netflix's new nonfiction film Enter the Anime. However, if you are looking for an in-depth look at anime as a medium or its effects on Western media, then you might be disappointed. Through a series of interviews and introspection, Enter the Anime takes a broad-strokes look at Japanese animation and glimpses of Japanese counter-culture through the eyes of a Western observer.

Directed and narrated by Alex Burunova, the film features all Netflix originals, including Kengan Ashura, B: The Beginning, 7Seeds, Castlevania, and even the cute stop-motion animation series Rilakkuma and Kaoru (which isn't anime at all, actually). Enter the Anime asks the question "What is anime?", and when the hourlong documentary special premiered on August 5, longtime anime fans didn't care for the answer.

How could a film dedicated to the vibrant art form that produced Akira, Cowboy Bebop, and Gurren Lagann and long-running shows like One Piece purposely omit those classics? Was the film mistitled? Poorly marketed? Or simply misunderstood?

Burunova has been very open and responsive to fans and insists that the special is an introduction to the Japanese animation industry as a whole through the eyes of a newbie. It purposefully featured interviews with creative teams who have collaborated with Netflix to create original content. More advertisement than oral history, it's one of the first projects Netflix marketed through NX, the streaming service's new social media space dedicated to "everything anime, gaming, fantasy, and beyond."

SYFY WIRE spoke to Burunova, who explained how an interview with Adi Shankar sparked her interest, how both Japan and anime were new to her, and why Enter the Anime is actually not a documentary at all.

Can you share how you got into documentary filmmaking?

Since graduating from USC film school 10 years ago, I've been directing narrative commercials, short films, and romantic pilots. This is my first foray into the documentary genre.

So Netflix approached you to direct then?

[It all started when] I was hired by Netflix to interview Adi Shankar to promote Season 2 of Castlevania. It was such a cool experience and had such positive reviews. That interview got me interested in more.

While I was researching anime directors and filmmakers, I realized that there is hardly any behind-the-scenes footage that features [the creators]. You might see features on one title, like Ghost in the Shell or something. But I didn't see any films with several creators talking about what it's like to be an anime filmmaker or working in animation. I approached some people I knew from NX on Netflix. I mentioned that, since Netflix has access to all of these legendary anime creators they're working with right now, wouldn't it be cool to put them together into one special? I just kind of threw it out there to see if anyone would go for it, and literally a month later we were making this special. 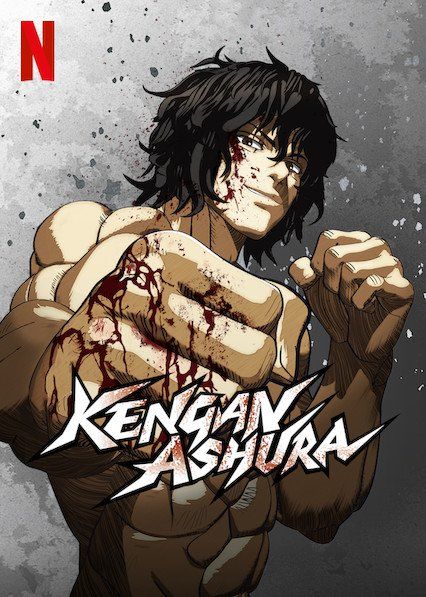 That's not a lot of prep time at all. How did you pull it all together so quickly?

I'm so grateful that Netflix made the process really simple and organized everything. I didn't have to chase anybody's agent, manager, or lawyer. As a small production company, and a small director, this would be a mission impossible without them. [For our timeframe,] this movie would not have happened unless it featured all the anime from one streaming service.

People don't understand that to make a film sourcing multiple properties, you have to have permission from all of them. Netflix licensed everything. Even to license one of the theme songs is thousands of dollars and a lot of paperwork — without Netflix ... it just wouldn't be possible.

In the film, you tried to answer the question "What is anime?" Do you feel like you found the answer?

Defining anime is like defining rock and roll, right? Yes, it's a genre of animation, but there's so much more to it. Culturally and historically, it's a movement. It's a lifestyle. I didn't want to limit the definition, so I just tried to show the audience everything that I saw.

What was the biggest surprise for you while making this film?

I had never been to Japan until four months before making this film, so it was a bit of a shock at first. When I first stepped out in Shibuya and then went to Robot Restaurant, all of my senses were attacked at once. I'd never seen anything like it, and I tried to capture that intensity.

The biggest and most gratifying surprise were the interviews I had with anime legends who've been in the industry for years. They were all kind and gracious with their answers. I'm not an anime expert, and they could tell, but they were very patient with me.

Yes, but they all seemed so sleep-deprived!

Oh, absolutely. There is this commitment to quality and hard work that is a part of Japanese culture. I mean, that's probably why everybody's so sleep-deprived. But it stems from a focus on quality.

What were the similarities between the new generation of anime creators like LaShaun Thomas (Cannon Busters) and someone like Kozo Morishita from Toei Animation, a company that's been around since 1949?

There were two: One, across the board, they all had this great nostalgia for old-school, hand-drawn 2D animation. An in-depth knowledge, appreciation, and respect for the titles and OVA (original video animation) coming out during the golden age of anime. Two, every single one of them felt that by [adapting and embracing] newer technology they could do even more.

There is so much more to this medium. Is there another installment of the series in the works?

We literally just brushed the surface of anime, we didn't even scratch it, we've merely brushed against it. There is no way we could have covered its scope in just 58 minutes. We tried to show as many types of genres [within Japanese animation] as we could. Stop-motion 2D, 3D, 3DCG, even motion capture. But there are many more genres.

I love Japan and I love the topic, but at the moment there is no follow-up film planned.

At the end of the film, you narrated that anime is an inclusive medium created "by misfits for the misfits." Now that you've had some distance, do you feel you understand the "misfits" a little better?

It's a fan thing
Join SYFY Insider to get access to exclusive videos and interviews, breaking news, sweepstakes, and more!
Sign Up for Free
All Posts About
Features
Movies
TV
Enter the Anime
Interviews
Netflix
anime
Related Stories