Raphaël Coleman, the former child star who played Eric in 2005's hit fantasy Nanny McPhee opposite Emma Thompson and Colin Firth before going on to become a scientist and then a noted environmental activist, has died.

In a long, heartfelt tribute posted to Facebook, his stepfather, Carsten Jensen, said Coleman collapsed unexpectedly while out for a run on Friday night and could not be revived.

"To die young. I guess there's nothing that makes you see death as unfair and meaningless as when a young person dies. It's life itself that's sabotaged," he wrote, noting that he had known "Raph" since he was a six-year-old. 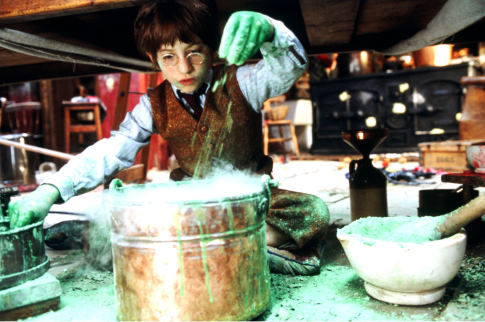 Jensen added that Coleman — who changed his name to James "Iggy" Fox when he joined environmental activist group Extinction Rebellion — had no prior health problems.

His mother, Liz Jensen, also confirmed the news in a Twitter post mourning the loss of her son and shared an essay he wrote for The Hourglass newspaper detailing his civil disobedience on behalf of Brazil's indigenous people and fighting for a healthier planet.

Rest in peace my beloved son Raphael Coleman, aka Iggy Fox. He died doing what he loved, working for the noblest cause of all. His family could not be prouder. Let’s celebrate all he achieved in his short life and cherish his legacy https://t.co/qFRKPT7rRG

Born Sept. 30, 1994 in London, Coleman shot to fame at the age of 10 playing the red-headed Eric Brown, one of seven unruly children whom Thompson's titular governess whips into shape in Nanny McPhee. Of course, the kids wreak so much havoc, their father, Cedric Brown (Firth), clearly isn't capable of raising them. Enter a series of nannies who up and quit, until that is, the ever fanciful McPhee uses her magic to instill discipline and turn them around.

After the movie became a box office hit, Coleman went on to act a few years later in the 2009 alien-abduction thriller The Fourth Kind. Later that same year, he played the creepy kid in the horror flick It's Alive costarring Bijou Phillips.

But Coleman had higher aspirations than Hollywood. After turning 18, according to Jensen, he embarked on a solo adventure around the world and then enrolled at the University of Manchester where he earned a Bachelor of Science degree in zoology.

But it wasn't long before he decided to forego wildlife conservation and devote his life full time to activism, joining Extinction Rebellion and taking radical, non-violent, direct action to raise awareness about the climate emergency and the extinction crisis.

"Raph was one of the first and most active members," wrote his stepfather. "Under the name Iggy Fox, he controlled the group's use of social media, spoke at demonstrations, and was arrested again and again."

And for good reason as Coleman, aka Fox, explained in his essay.

"I don’t want to go to prison, but I’ll face whatever I need to. My actions aren’t about sacrifice, or arrest for the sake of it. Knowing the science, I have no choice but to tell the truth, and stick to my morals in the face of that truth. I won’t stand by and watch the world burn," he wrote.

It's a fan thing
Join SYFY Insider to get access to exclusive videos and interviews, breaking news, sweepstakes, and more!
Sign Up for Free
All Posts About
Movies
News
It's Alive
Nanny McPhee
Raphael Coleman
The Fourth Kind
obituary
You May Also Like
Recommended by Zergnet
Latest on SYFY WIRE