The new book Star Wars: Skywalker: A Family at War by Kristin Baver lays out every bit of the family's action-packed history bit by bit. It's written from a "historical" perspective, almost as if characters in the galaxy far, far away could buy it and read it. Not only does it cover every major beat from the films, but it also weaves in material from the various Star Wars series, games, books, and comics.

SYFY WIRE caught up with Baver via email about which characters in the Star Wars galaxy may take a pass on it, as well as how the book itself took shape.

How did this book come to be?

With Lucasfilm celebrating its 50th anniversary this year, and the Skywalker saga completed with Star Wars: The Rise of Skywalker at the end of 2019, last year seemed like the perfect time to explore this family from a biographical standpoint. DK had recently published Anthony Daniels' fantastic autobiography/memoir, so they were the perfect partner to dig into creating a biography for a fictional family that looks and feels like it fits right in with the standards of the genre. I knew from the very beginning that I wanted to treat the Skywalkers like they were real people experiencing real events, because for fans who have loved these films and these characters, that's how they feel.

My background in journalism gave me the perfect skill set for a project like this because I was able to dig into the research and construct the narrative in much the same way I would write a profile about a real person. I read and watched everything I could about the Skywalkers, but at the end of the day I wasn't retelling what we know from the Star Wars films as much as I was trying to explain — for myself as much as the readers — why things went so terribly wrong for Anakin Skywalker and how it impacted the next two generations in his family as well as the greater galaxy. The short answer is that he fell to the dark side, of course, but what fascinated me about this book was that we were able to piece together the series of events, large and small, and the people in his life who helped contribute to the person he became. How was it that Qui-Gon Jinn came to meet him at the right place and right time but also as the perfect Jedi to recognize his potential and know of the prophecy?

Were there are any hotly debated parts of the saga that you were hoping to clear up?

It's important to note that we weren't trying to write a tell-all book here. My approach was one of genuine curiosity and compassion, which is something I learned in the field as a hard news reporter. I often was called upon to interview grieving families or people who were in prison and accused of serious, life-altering crimes. In every case, I tried to be open and honest with my subjects without any preconceived notions.

It's a little harder with the Skywalkers because I've watched the movies since I was a kid, so I really had to watch and read everything that came before it with fresh eyes. I kept asking myself, "Why? Why does this character make this decision in this moment and how does it impact everything that comes after it? Essentially, what's the ripple effect?" I paid closer attention to the way actors portrayed their characters and the emotions that played across their faces or were specified in the scripts. And, just as I learned in journalism, I wrote the story so anyone picking up the book would be able to understand it, whether they were a 12-year-old kid or well into middle-age, a die-hard fan, or a complete newbie.

The great thing about Star Wars is that there's always room for debate. I made connections that were logical to me and told the story through the lens of my own experience and understanding, but what I wrote may only be true... from a certain point of view.

How did your "historical" voice develop?

I looked to some real-world biographies at the start of my research to get a better sense of the tone I wanted to try to capture. At the very start, I was trying to find real people who might be analogous in this galaxy in terms of their stature as legends and the impact of their legacy. The two favorites I landed on were the Kennedy dynasty and the Royal House of Windsor.

But I very quickly realized that I couldn't write this story in quite the same way. For instance, to set the scene for the birth of your main subject in a biography you might check the weather reports and other information from the day and place to set the scene and capture how everything transpired around the event. However, it's Star Wars so I can't read the news of the day or consult the meteorological record.

Even time is a strange construct in-galaxy because we relate everything back to the Battle of Yavin at the end of Star Wars: A New Hope. So rather than saying "41 years BBY," which felt clunky and strange for a book where Yavin doesn't happen until more than halfway through the tale, we solved the matter by relating everything back to how old the Skywalkers were, and pulling the focus back to the characters at every turn. 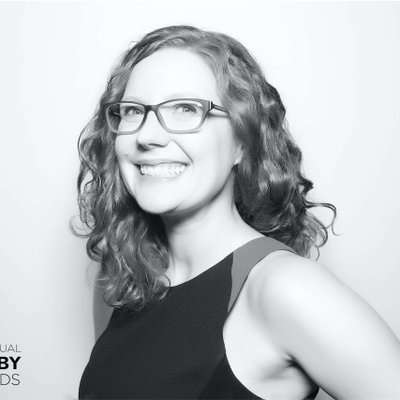 A great part of this book is getting additional information on characters we haven't gotten a lot of details on before, such as Shmi Skywalker.

I consulted every book of official lore I could think of that might shed some light on the family members and the key figures who were involved in nurturing them throughout their lives. Shmi was tough because there isn't a lot already written about her. But through the various character encyclopedias, the complete locations book, the visual guides, and some other canonical sources I was able to piece together what we knew of Anakin's mother. In some cases, my job was to extrapolate from these details. I tried to imagine how mother and son might spend their time in those first nine years before we see them together in The Phantom Menace, and using bits of the conversation we see them having in the film I began to create a picture of domesticity not unlike a lot of happy childhood homes, filled with warmth, love, and bedtime stories.

There is so much canon here from books, comics, and games, and more. How did you decide what to include and what not to include?

There is so much lore. Fortunately, just distilling it down to stories involving the core Skywalker family members helped tremendously. From there, I kept asking myself how important each event or moment was to the particular Skywalker family member's life overall. If we needed the detail or the incident as readers to understand the character I tried to include it. But I didn't want to simply retell stories fans know by heart, so we tried to utilize the source material in a fresh way. Chapters don't stop where the credits roll on screen, the core elements are broken up to benefit this particular narrative. And even though there's a wealth of Anakin and Padmé stories in The Clone Wars, we didn't include every single battle they were involved in or the plot of every episode, instead choosing to let them inform the broader themes of what they went through during the course of the war.

What I loved most about the process was knowing that if I were reading this book when I was first getting into Star Wars, I would have loved learning so much new information about these characters from one of my favorite movies. The books and comics and animation adds so much to our greater understanding of the Skywalkers, and I mined it all in some way, shape, or form to imbue this story with a keener sense of what makes these individuals tick.

Are there any favorite discoveries you had while working on it?

I have so much more sympathy for Ben Solo/Kylo Ren than I did prior to writing this book. Han Solo was my favorite character growing up, so you can imagine how Kylo Ren's introduction in The Force Awakens went over with me. But when you peel back these legendary heroic or villainous characters to their essence and examine their very human frailties, they all become so relatable.

What became very clear to me through the writing of this story is that we're all a product of our choices and decisions, our nature, and the nurturing we get, but we are always able to redeem ourselves if we take responsibility for our missteps and do better. Padmé's compassion for Anakin makes this point so elegantly. When I watched Attack of the Clones before, I always wondered why she didn't run screaming from the Lars homestead after he confessed to slaughtering the Tusken Raiders. But in the course of writing this book, I could more clearly see that she knew that one event didn't define him, even though it set the tone for his downward spiral.

I also loved writing about Yoda and making a case that Leia would probably have been his top pick when it came to training a Skywalker twin. By the time she's 19, she's in the Galactic Senate and ready to eventually become queen of a planet, and her brother's still playing with his model T-16 Skyhopper and complaining about his chores. Her mind is definitely more suited to becoming a Jedi at that point, even though Luke went on to become a great and powerful master.

Would this be a best-selling book within the Star Wars galaxy? Which characters would read it, and which wouldn't bother?

It's interesting because at work I have had debates about whether or not most people in Star Wars would know who the Skywalkers were or even care. I think the book would be very popular on certain levels of Coruscant and anyone fascinated by galactic politics and public figures. If I can take this question completely outside of the Star Wars timeline, I think C-3PO would read it and reference it over and over again, much to everyone else's annoyance. Hux would refuse to read it and be irritated that anyone had written a whole book about Kylo Ren's family. And Jabba the Hutt would claim he hadn't read it but then totally reference it.

Star Wars: Skywalker: A Family at War is available now.