Get out that wooden stake and wreath of garlic! SYFY has sunk its fangs into Reginald the Vampire with a straight-to-series order. Inspired by the Fat Vampire novels written by Johnny B. Truant, the What We Do in the Shadows-type comedy will star MCU veteran Jacob Batalon (Spider-Man: No Way Home) as Reginald Baskin, a husky and put-upon vampire living in "a world populated by beautiful, fit and vain vampires," reads the official synopsis provided by the network.

He may be immortal, but he still has problems like any other guy: the girl he loves, but can't be with; a bully manager at work; and a vampire chieftain who really wants him dead. Fortunately, Reginald discovers he has a few unrecognized powers of his own. SYFY calls it "a new show with a lot of heart and just enough blood [that] proves the undead life is just as complicated as life itself." 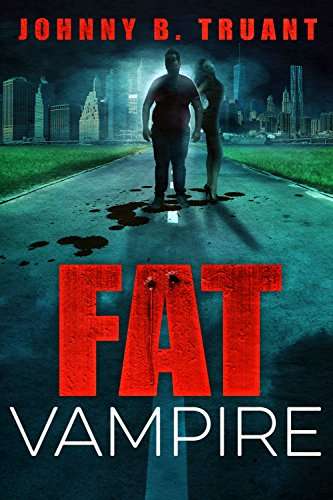 "Reginald is a guy who is quite down on himself at the start of the novel, but who grows as we learn more about him," Truant said during an interview in 2013. "He’s a 350-pound guy working at a fitness supply company with a bunch of perfect-looking male model types. When he becomes a vampire, he again feels dogged by the 'perfect' vampires, but soon realizes he has abilities that they lack…and has those in spades."

"It’s about a guy who’s very overweight and out of shape when he’s turned into a vampire," Truant added. "The idea came up on a podcast I co-host (Better Off Undead, Episode 6 ) when we wondered why vampires are always 'perfect and beautiful.' Does vampirism really just make you thin? Or does it freeze you where you are? So this book starts with that premise — what if you were turned into a 'fat vampire,' and frozen that way for eternity?"