The most important tool in the Men in Black's high-tech arsenal is not the Noisy Cricket or any deadly anti-alien weapon. No, it's the neuralyzer, the little vape-shaped device that lets agents erase and rewrite the memories of any civilians that come in contact with extraterrestrials. It's crucial because the Men in Black need to operate in secrecy in order to be effective, and because, as a civilian myself, I really would not want to have any memory of most of these horrible aliens.

Oh, and if you're wondering what the best alien in the franchise is, it’s the alien who speaks in beatbox from Men in Black II, as played by rapper Biz Markie of “Just a Friend” fame.

This alien goon, who confronted Agents J and K in a restaurant in Men in Black 3, is visually challenging, but what earns him (it?) the No. 10 spot on this list is texture. There's just a lot going on there. The scales are hard, presumably, but what's the stiffness of his eye-stalks? Why is his neck to wrinkled and leathery? How are his sharp scales not just ripping that lame suit and purple paisley shirt to shreds? I hate it. 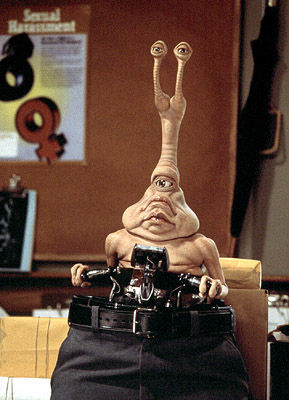 Split Guy worked undercover in the same post office as the (temporarily) retired Agent K and the Beatboxing Alien in Men in Black II. Unlike the Beatboxing Alien, Split Guy is a real bummer. His forehead is a stick bug sprouting from a double-mouthed head that looks like a Hershey's Kiss made out of flesh. I hate it.

It’s like if Kramer from Seinfeld and some truck nuts got merged together in a teleporter accident, Brundlefly-style. What horrible alien evolution led to this monstrosity? Why is there so much hair on his head but not on his, well, chin? Is his chin affected by cold weather? Is his chin functional in a reproductive sense? If so, where’s his other bit? I do not know any answers to these questions, but I do know that I hate it. 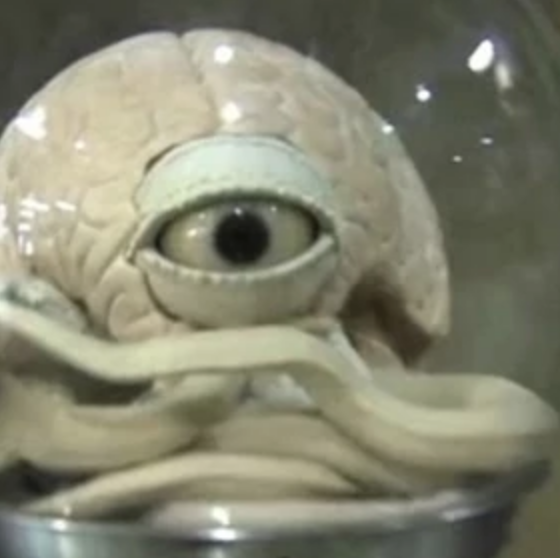 White Brain Guy briefly appears in Men in Black 3. That's about all you need to know about this alien, who looks like sentient vanilla soft-serve. I hate it.

If Dog Poop has a real name, we don't learn it during his Men in Black II appearance. Instead, he gains the moniker because his skin supposedly looks like dog poop. I walk my dog three times a day are rarely has he ever dropped anything that's as upsetting as Dog Poop's sad little eyes. I hate it.

The main villain from the first Men in Black, perfectly played by Vincent D'Onofrio, is also one of the grossest aliens in the franchise. Edgar's true form, a gigantic, long-legged cockroach-like creature with a winning smile, is a frightening beast that pushes the limits of '90s CGI technology. But, Edgar is so much worse when he is wearing human skin like a suit and drinking sugar water. I hate it.

The villain from Men in Black 3 is essentially a humanoid that's made entirely of claws and stingers. Where are its eyes? WHERE ARE ITS EYES? I hate it.

Inexplicably, the Worms were some of the more popular Men in Black aliens, as they took on a much bigger role in the first sequel. That sequel also features them playing Twister with a human woman and coming on to her. Their crass, lurid nature is already pretty off-putting, but it’s much worse because the Worms are constantly naked and they look not unlike some type of insectoid penis. I hate it. 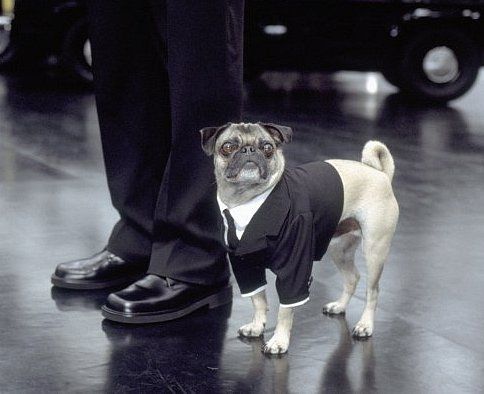 We technically don't see Frank the Pug’s true form in the Men in Black movies. The cartoon would reveal that Remoolians look pretty dog-like, just with some extra antenna. Even so, Frank deserves the top spot on this list because Pugs, the real-life dog breed, are gross. Humans intentionally bred a dog that looks like it's been put in an airlock, eyes bursting from the skull as the vacuum of space replaces vital oxygen. Pug fans, you can be angry at me in the comments section, it will not change how much I hate it.

It's a fan thing
Join SYFY Insider to get access to exclusive videos and interviews, breaking news, sweepstakes, and more!
Sign Up for Free
All Posts About
Features
Movies
Men in Black International
lists
men in black
Related Stories

Neuralyze this! Everything you didn't know about Men in Black: The Series