As a member of the generation that grew up in the Pokémon craze, the idea that there is a big-budget, live-action movie based on the franchise both shocks and delights me. Then again, perhaps it shouldn’t be a surprise that affection for these pocket monsters has endured over the years, given how cute they are. So after you laugh and cry along with Detective Pikachu this opening weekend, check out these fantastic Pokéfics, curated for your enjoyment.

"Have Your Cake And Grill It" by revenblue

Baking, Tim was coming to realize, was a dangerous prospect around his partner.

"Swept by the Tempest" by staralfurr

Crumbling under the pressure your family puts on you to find the person destined to be by your side, you impulsively move across the world to explore the islands of Alola. You expected to gain some time before the mysterious Guzma whose name is written on your skin waltzed into your life but, clearly, the universe had other plans. And once you find each other in the middle of the chaos, there is no escaping fate — or escaping him.

The Amber Act is a law that makes impoverished or academically failing kids into Pokemon Trainers. This story tracks the adventures and life of one such Trainer who learns he's no different from the Pokemon he has to catch and raise.

Agents of S.H.I.E.L.D returned this week with Phil Coulson no longer the man viewers remember. Only time will tell what this other man with Coulson’s face wants. If you’re missing the real Coulson, enjoy this take on the story of Skye, his daughter with Melinda May.

"storms and steel" by kathillards

Sadly, Pua Magasiva, the New Zealand actor best known for his role as the Red Ranger from Power Rangers: Ninja Storm, has passed. He was a fan favorite and he’ll be greatly missed by the community. This fic tells the story of new ninjas in town and Magasiva’s character, Shane, leading a group to discover whether they’re friend or foe.

"One More Time" by Illiad_And_Oddity

Finally, after what seems like 84 years, there’s a new Final Fantasy VII remake trailer. Not only does it feature new footage, including a great look at gameplay, but it features one of the most iconic scenes with a much-beloved character: Aerith. What would Cloud do if he could go back in time and fix things? Save people? This great fic explores that and the decisions one makes, especially with a certain flower seller. 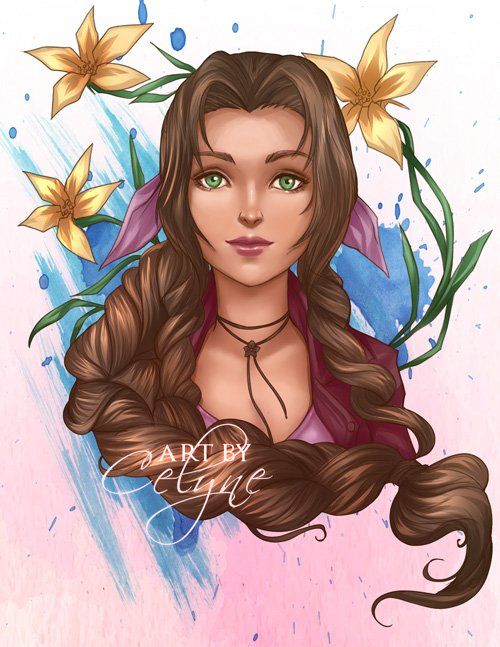 "The Final Two" by TranslationHell

Fortnite Season 9's trailer has launched, to the rejoicing of many. For those who have struggled playing the game, you may enjoy this fic about someone exactly in that position who suddenly finds themselves at the top. What happens? Will they win Victory Royale?

This week Lion Forge and Oni Press announced they would be merging under the name of Polarity, putting a number of jobs, titles, and other resources in play as the company is restructured. SYFY WIRE spoke with Polarity founder David Steward II and Lion Forge co-founder Carl Reed about the merger, hoping to set some facts straight. While this story continues to unfold, here are two fics based on two of Lion Forge and Oni Press’ most popular titles: Voltron: Legendary Defender and Scott Pilgrim.

"What a Healing Pod Can't Repair" by Remember_Me

The compromised wormhole was ripping apart at the seams, sending everyone spiraling away in completely different directions. Lance could feel himself being pulled and bent in ways he was definitely not supposed to be. Stitching the team back together after everyone is separated is difficult, and for one Paladin rescue wouldn't be coming for a very long time.

"Knives Chau vs the world state" by weakinteraction

Knives finds herself staying over at Kim's apartment in a blackout. Then a save point appears.

Crack!fic is a gem of the fanfiction world. Sometimes silly, other times weird, but also with a heavy dose of WTF, crack!fics are beautiful creations of boredom, sugar rushes, or a too-long hiatus. The crack!fic being featured this week is ...

Tolkien premiered this past week, so let's celebrate that with a fic about Bilbo Baggins knocking everyone in the gonads, smashing their Dwarf rocks, and otherwise making unintentional crotch shots.