Thirsting for Keanu Reeves in Constantine saved our souls

What do the poor souls in hell and mere mortals of the Earth have in common? They both share the same level of thirst... albeit for different reasons. For those in hell, it's a simple matter of dehydration, and for those of us still on Earth, it's the existence of Keanu's Constantine. The 2005 live-action adaptation of Garth Ennis' "Dangerous Habits" story from the Original Sins trade paperback comic is what The 6th Day thinks it is and what I, Frankenstein wishes it could be. It's an entertaining blend of noir, horror, and comedy with some theology thrown in for good measure.

When we are first introduced to Constantine in the film, he's a guy who is clearly just there to do his job so he doesn't get fined — or really, in his case, so he can bargain his way into Heaven. Keanu's charisma makes this version of Constantine seem a tad more likable than the one in the comics. You wouldn't mind this version of him dropping by your home to exorcise the demon you happen to pick up on your way home from work. You know he's tired from the day and probably hasn't had a good night's sleep in months, but when he loosens up that skinny tie you know you won't have to go through the weekend possessed because he knows what he's doing.

As Constantine, Keanu has that Zen-like quality he usually brings to the characters he plays who are tasked with saving mankind, like Johnny in Johnny Mnemonic and Neo in the Matrix trilogy. This is the main reason why his version of Constantine is so likable. Even though the entire fate of humanity depends on him, you still get the sense of how unbothered he is and how he'd really rather be chain-smoking. There is something very appealing about a level of confidence that manages not to run over into arrogance. Academics would likely refer to this as BDE, and Keanu's Constantine surely has it. It's why you may not mind being a pawn in whatever sloppy game of chess God and the devil are playing with your soul because there's a good chance you might get Constantine sitting on top of you. There might be a demon trying to claw its way out of your abdomen, but it's worth it for that visual of gazing into Keanu's eyes. 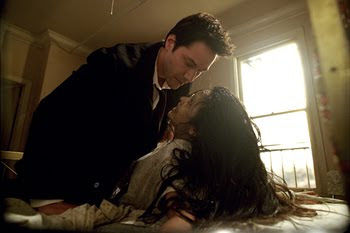 Keanu plays Constantine as a gentleman above all else. On-screen, his chemistry with co-star Rachel Weisz makes the scene in which he pretends to ponder whether or not she can stay clothed before submerging herself in a tub of water playfully flirty versus creepy. Even though the final cut of the movie removed scenes featuring John with his lover, Ellie, a half-breed demon, he comes off as alone by choice and not because he is incapable of having a relationship because he is too caught up with his work. Plus the scene with Lucifer all up in Constantine's personal space is more sensual than it has any business being.

Keanu makes the Constantine movie what it is, and his talents are a huge reason why you shouldn't at all be ashamed at all in admitting to enjoying the movie. If the character were to be introduced again in any future DC films, we'd campaign hard for Keanu to reprise the role. Keanu's Constantine would definitely make sure Zatanna Zatara got her shine if she starred alongside him in a potential sequel — but more than that, any movie in which we get Keanu wearing more suits is a future that we thirsty mortals deserve. 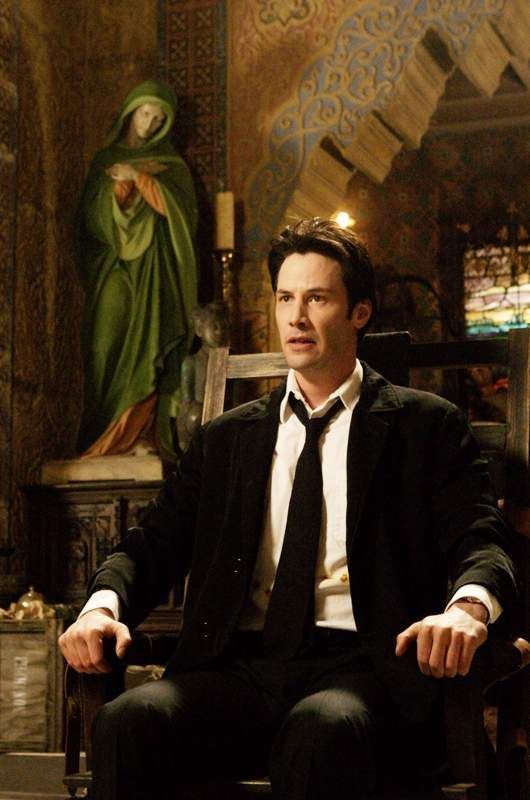