A dumpster fire in a mask is the ultimate 2020 toy, but these rockin' TMNT toys are cool, too

Get ready to make even more space on your shelves, my toy-collecting friends, and dive back into that toy box for another awesome week with your resident, and hopefully favorite, toy journalist. Together we shall experience the loss of our dollars and have tons of fun going broke from pre-orders galore! And speaking of lament, this sure has been a, well, bad year so far, hasn’t it? And there’s only one toy out there that can sufficiently celebrate its magnitude.

EVEN TRASH KNOWS TO WEAR A MASK

Commemorate this waking nightmare of a year with the special 2020 limited edition of the Dumpster Fire vinyl figure. Each figure comes in classic blue with a removable face mask. There are limited quantities of these, so once they’re gone, that’s it! The Dumpster Fire in a Mask 2020 Special Edition costs $25, ships September 2020, and is available for preorder now. Quantities are limited to one per customer. According to 100soft, a portion of the proceeds is being donated to DirectRelief, a nonprofit organization active in all 50 states and more than 80 countries, with a mission to improve the health and lives of people affected by poverty or emergencies. Since January, Direct Relief has delivered more than six million N95 and surgical masks, more than two million gloves, and tens of thousands of protective suits and other items to help safeguard health workers.

McFarlane Toys is tapping into a Batman lineup that fans never thought they would see, the Dark Nights Metal line in toy form. Unfortunately, these toys are Walmart exclusives, which means they will never see store shelves and if the website actually lets you preorder your toy, it will arrive long after release date with the card or box smashed in. It’s just the way it is — Walmart doesn’t cater to the collector’s market. This new line up of 7-inch figures (each retailing for $19.99 and shipping October 2020) includes Batman: The Dawn Breaker, Batman: Grim Knight, Batman: The Murder Machine, Batman: The Devastator, and Batman: Red Death (preorder information not yet available).

San Diego Comic-Con 2020 might be canceled, but that won’t stop the awesome toy makers from churning out incredible toys! And my favorite reveal of the week is coming to us straight from NECA toys. My goodness, the good people over there really tapped into something special here. Now you can own a part of Teenage Mutant Ninja Turtles history with the TMNT Musical Mutagen Tour Four Pack! Per NECA, “this one of a kind box set will take you back to 1990 at the pinnacle of the Turtles fandom where Leo, Donnie, Raph, and Mikey traded in their martial arts weapons for instruments and became rock stars”.

All four turtles are dressed in real fabric, band-themed apparel, and come with a slew of new accessories including a saxophone, keyboard, guitar, and a one-string bass! Also included are mask accessories, a pizza, and four sets of interchangeable hands. Available in Target stores on Thursday (July 23)  for $124.99 USD. Available online (Bundled with an accessory pack) through target.com on Thursday(7/23) for $149.99 USD.

THAT NEW TOY YOU'VE BEEN LOOKING FOR?

Speaking of really fun nostalgic items, there’s no way we could get through this issue of Important Toy News without introducing you to Gigawatt! We discussed him very briefly over the weekend in SYFY WIRE’s feature on Back to the Future toys. But since then, new details have surfaced! When fans of the iconic Back to the Future Time Machine look a little closer at this nostalgic interpretation of the car, they will be treated to a new “robot in disguise.” Gigawatt is a converting time machine robot. The figure stands at 5.5 inches in robot mode and can convert to time machine mode in 17 steps, plus it includes a blaster and whip antennae accessories and features movie-inspired details from the film, including Doc Brown-style goggles, a flux capacitor chest piece, and time circuits. In time machine mode, the gullwing doors open and wheels rotate from vertical to horizontal to produce a hovering effect as seen at the end of the film. He will be available via Hasbro Pulse on October 1, 2020. 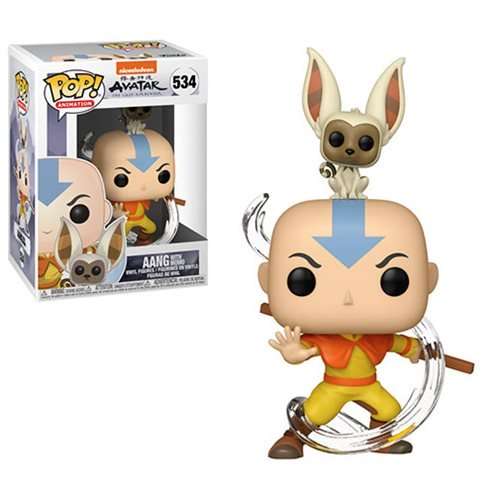 Let me guess — quarantine means that you re-watched Avatar: The Last Airbender in under a week and ugly cried for that finale… again. Oh, was that just me? Well good on Funko for knowing what I do in my spare time, because they are releasing (and re-releasing) every Airbender Pop! in the flippin’ room. Each adorable and perfectly stylized vinyl figure costs $10.99, and you can choose from Aang with Momo, Katara, Sokka, Toph, Zuko with chase variant version (need), Iroh, and Appa (yip, yip, double need). Play with your toys and commence every ship you want at last, Zutara fans!

Stop — Marvel Time! The 1,000th symbiote in a lineage that includes Carnage and Venom, Toxin is feared by many to be the strongest and most dangerous. The high quality, realistic, 6-inch Legends Series Marvel’s Toxin figure features multiple points of articulation and is a great addition to any action figure collection. This action figure is freakin’ nuts looking and is such a great example of how sophisticated consumer-grade action figures are becoming. You can order Toxin today for $29.99 and he will ship November 2020.

On the topic of Carnage, have I got a Pop! for you! Carnage returns with a vengeance in this exclusive figure from Funko! Inspired by the cover art of Absolute Carnage #1 by Donny Cates and Ryan Stegman, this figure keeps all the creep, but with signature Funko flair! The deluxe Pop! figure measures about 3 3/4-inches tall, and comes in a collector-friendly window box, perfect for display! Carnage stands atop a skull base with Steve Rogers, Logan, Eddie Brock, and Peter Parker's tombstones. Marvel Heroes Absolute Carnage Deluxe Pop! Vinyl Figure costs $29.99 and ships September 2020.

And keeping with the Marvel theme, let’s wrap with a board game! It’s Marvel Villainous: Infinite Power and man, I seriously cannot wait to play this game! Per Ravensburger, you can “Dominate the Marvel Universe as Thanos, Hela, Ultron, Killmonger, or Taskmaster! Follow your own twisted path to victory, using sinister abilities to take on other Villains and mighty Heroes from across the universe. Face off against Iron Man, Captain America, Black Widow, Hulk, Thor, Captain Marvel, and the other Avengers!” Marvel Villainous: Infinite Power utilizes the existing platinum-selling Villainous game system with a few gameplay reflecting the shared universe and interwoven storylines of Marvel’s Villains. As such, Marvel Villainous is not designed to be compatible with previous Villainous games but allows for increased player interaction and more strategic play. The game costs $34.99 and is available for purchase from Target.

The Flash reportedly speeding ahead with a 9th season

Do some fish swim in the fountain of youth?

The tiny Valhalla wasp transforms trees to live inside