For a group that calls itself Earth's Mightiest Heroes, one would think gaining membership to the Avengers would be a bit more exclusive. However, history shows that Edwin Jarvis' favorite group of super-types will accept just about anyone into their hallowed ranks.

Don't believe me? Go ahead and look through the roster of Marvel heroes. See how hard it is to find a hero who hasn't been an Avenger at some point.

You can thank or blame Brian Michael Bendis for this, depending on how you feel about it. One of the many changes he brought to the franchise during his eight-year run was opening up the membership ranks. Bendis brought in surprise picks for the team like Luke Cage and Spider-Woman, as well as traditional "loner" heroes like Daredevil. Oh yeah, he also brought Marvel's two most popular heroes, Spider-Man and Wolverine, into the fold. And it worked!

I'm an Avengers fan going back to the halcyon days of the Bronze Age, when George Perez was drawing the hell out of the book and the team was fighting Ultron, Count Nefaria, and Korvac. The team has had many more ups than downs over its nearly 60-year history, and the current iteration of the series, with writer Jason Aaron and artist Javier Garron, has a great lineup that mixes original Avengers like Thor and Iron Man with new additions like Ghost Rider.

But if we're being honest, there have been some deadbeat Avengers who clearly didn't deserve the ID card and that sweet weekly stipend. Like Mark the elevator man once said, they're not all going to be winners. Maybe Henry Gyrich had a point way back in issue #181 when he gave the boot to a quinjet full of heroes.

Look at that image above — every single hero there is Avengers worthy. It's the premier super-team in the Marvel universe! How the hell did D-listers like Doctor Druid and Gilgamesh, The Forgotten One eventually make the cut?

I tried to think of heroes who haven't been on the team at some point. And you know what? It's really hard to come up with notable heroes in the 616 who have not been called an Avenger at one moment in time. Three quarters of the Fantastic Four has gotten an Avengers priority clearance. Madness, I say. Madness!

But I have come up with a Top 5 ranking of the best Marvel heroes to never become an Avenger. First off, some guidelines. West Coast Avengers count because that was the first spinoff team and Wonder Man was a founding member, and Wondy is awesome and this is my column. So WCA members count as being full-fledged Avengers.

But you know who doesn't? Anybody in the Great Lakes Avengers, Secret Avengers, Dark Avengers, Uncanny Avengers, or Savage Avengers. Sorry, if you're not able to join Cap onstage for an "Avengers Assemble" photo-op with the main squad, then you're not an actual Avenger.

Here are the five best Marvel superheroes who have not been Avengers (yet) ...

Remember the rules. Uncanny Avengers gets the asterisk, so despite his brief membership in the "Avengers Unity Squad," Nathan Summers has never been an actual Avenger. Which is too bad, because he would be as good a fit as all those pouches on his uniform.

Think of the arguments over protocol he could have with Steve Rogers. Imagine if Marvel and Rob Liefeld could come to terms on another Avengers assignment, a la Heroes Reborn. He could bring the character he co-created into the fold. One can dream... 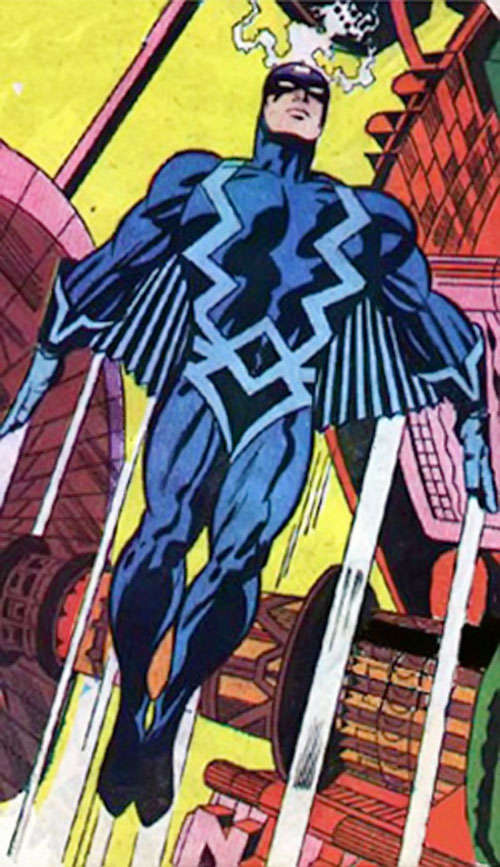 Despite several run-ins and interactions with the Avengers over the years, Black Bolt has never been an Avenger. I guess being part of the Illuminati and the Inhumans is enough for him. Still, given the fact that his cousin Crystal and her ex-hubby Quicksilver were both Avengers, it's somewhat surprising no writer has made this storyline happen.

It would be fantastic, though. Despite being around for 50-plus years, Black Bolt remains one of the more elusive of the major Marvel characters. Imagine the ruler of the Inhumans as part of a team with the Black Panther, king of Wakanda, and Namor, ruler of Atlantis? The amount of imperial ego would lead to some incredibly tense meetings in Avengers Mountain.

I know the Sam Alexander Nova has been an Avenger, but the original Human Rocket, Richard Rider, has not. He's only been part of Cap's Secret squad. And that ain't right.

The original Nova is more than worthy of being an official Avenger. He stopped the Annihilation Wave when he killed Annihilus, so his credentials are untouchable. Plus, he's a cosmic hero, which always comes in handy for the team. I would personally be stunned if Rider doesn't join the group around the time his rumored onscreen debut in the MCU happens — whenever that may be.

So many X-Men have been part of Earth's Mightiest Heroes over the years that Xavier's mutants are almost like a farm team for the Avengers. Somehow, one of the all-time greatest X-Men has never gotten the call.

Kate Pryde would be an amazing addition to the roster. She's grown into a superb leader — if you're not reading Marauders, you're really missing out — and could easily do the same with the Avengers. She could also bring in the POV of a younger hero to the lineup, which is always compelling when you're dealing with old warhorses like Cap and Thor. The Hero Formerly Known As Kitty has always been one of the most likable characters in the Marvel Universe, and she'd fit right in here. Make it happen, Marvel!

Here we go, the single greatest non-Avenger in history. The Silver Surfer wins this in a landslide.

Norrin Radd has always been Marvel's most philosophical hero, as well as one of its most selfless. He sacrificed his freedom to save the Earth from Galactus back in his very first appearance, and often took one for the team for the sake of the greater good. It's what heroes, do, right? It's just weird that the Surfer has been part of The Defenders, but never the Avengers. Hopefully, that changes at some point.

Who do YOU think is the greatest hero to never be an Avenger? Hit me up on Twitter, Facebook, or Instagram and let me know. Don't forget that Behind the Panel is a multi-platform series that can help keep you entertained during these strange and stressful times we're in. Our video series is loaded with my in-depth interviews with amazing comic book creators. The Behind the Panel podcast is an audio documentary series that provides unique insight into your favorite creators and stories. Check 'em out, we think you'll enjoy them.

It's a fan thing
Join SYFY Insider to get access to exclusive videos and interviews, breaking news, sweepstakes, and more!
Sign Up for Free
All Posts About
Comics
Features
Behind the Panel
lists
marvel comics
the Avengers
Related Stories